I already made like a douzen different sea shell type 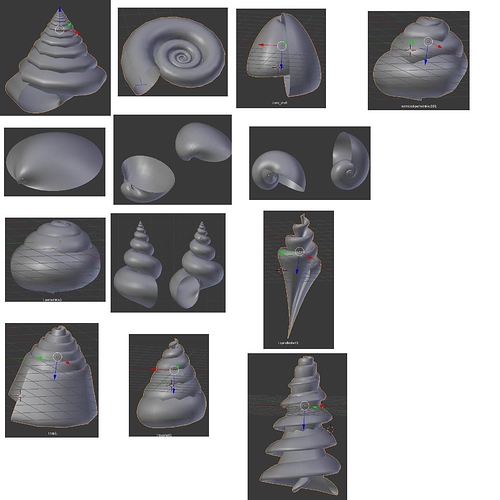 This may take a while before i can complete this Script!

still looking for a parametric 3D model including some bumps!
if any one know a working example in python le tme know!

happy cycles
and any C&C are welcome 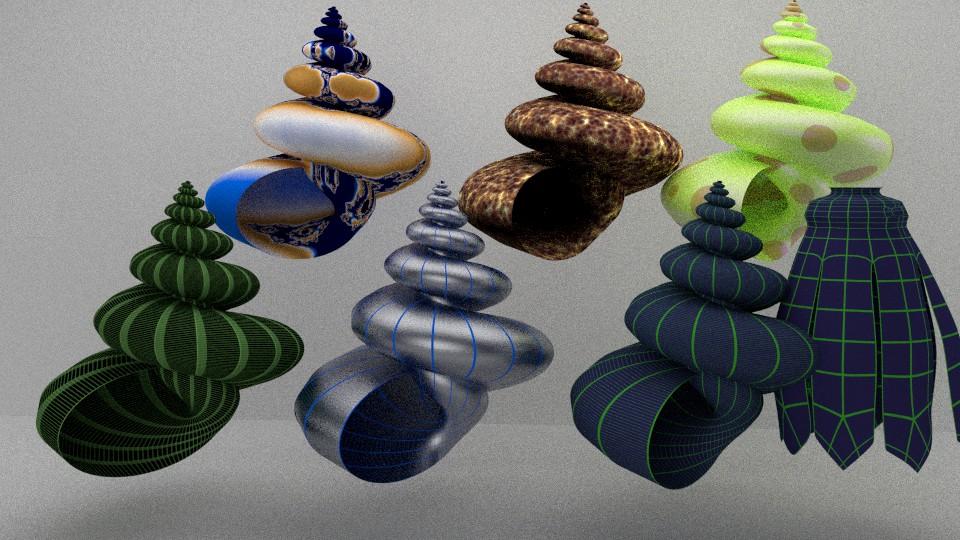 For sea shells patterns i use this book from

i have ported the first simple BASIC program for patterns to python in blender
and it is beginning to work.

i will show some results later on.

the basic math model are based on the diffusion equations 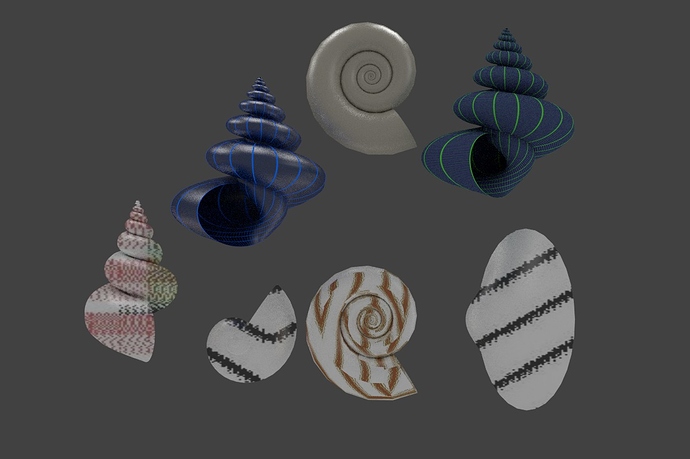 Have you seen Wolfram’s A New Kind of Science? He’s got a whole chapter or two on algorithms for seashell color patterns.

it is one of the math site i looked at
but not the main one there are others with a lot more sea shells algos!

right now working on the pattens algo to get some nice outputs in blender
not certain if i shoudl do the whole surface or do a smal animation!
but again i get the pattern as a line or area and i got to find a way to add it to a sea shell
surface may be as a UV image but how to map it along the main axis is the main problem i have right now

i might try to get this book from Wolfram from the public lib and see if it has some interesting algos for patterns!

but i already got a very interesting book on patterns for sea shells
with a lot of patterns type and also some programs to generate these patterns in BASIC
so have to port to python but this does not tell you how to map it on a sea shell! 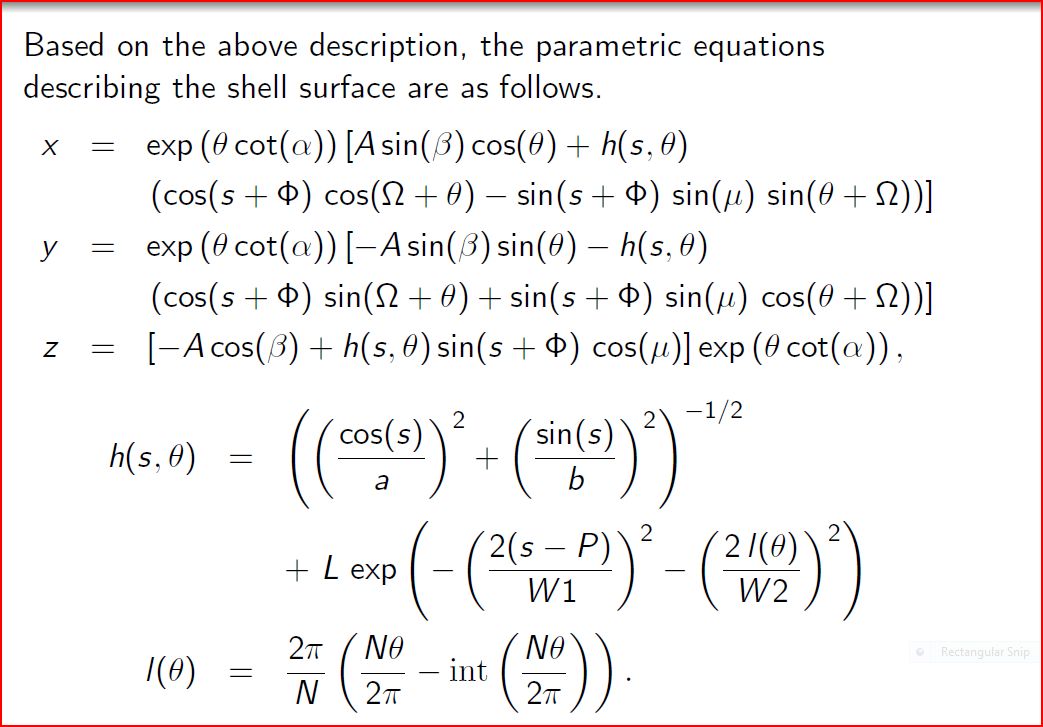 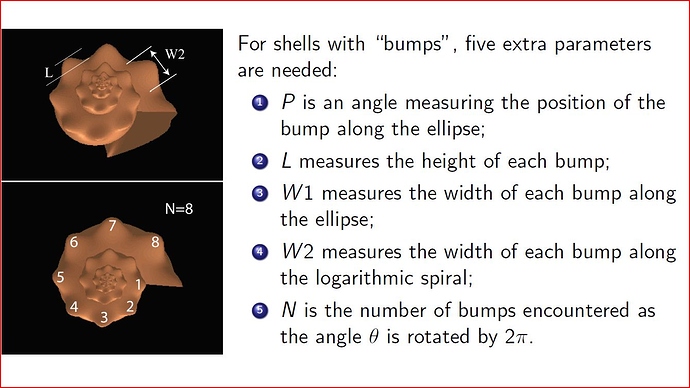 Tthere are probably others algos available!
but have not found them yet !

Great Math and Great Work. Thanks to show.

note: CX is not activated in this case

I’ve always had a fascination with the golden number, found in various organic forms of nature.
Go ahead and good luck with your script.

well with log spiral there is sort of a relation with the golden spiral!
golden spiral has some specific constraint compared to the log spiral!

i did another script for spirals including the golden spiral!

There was an old script for sea shell - shell_blendv90f.py - You can find it here: https://docs.google.com/viewer?a=v&pid=sites&srcid=ZGVmYXVsdGRvbWFpbnxibGVuZGVybGVhcm58Z3g6N2JlODJiOTg4YmUyMjdkMQ. This script don’t work for Blender 2.6 but maybe can be useful as a guide.

I will check it
but this is very very old
not certain if possible to convert to 2.6

The images you posted are amazing!! A lot of variations!