Is there a shell modifier (like max)? I am modeling some clothing for a character using retopo and I need to add volume to it.

I don’t think there is a shell modifier like max’s. Your best bet is once your happy with your mesh just to extrude it outwards along the normal.

be sure you reset objdata to center first, so that when you scale it outward, it inflates uniformly.

Actually, in 2.44 there’s a script called Solidify Selection that I’m pretty sure does what you’re looking for. 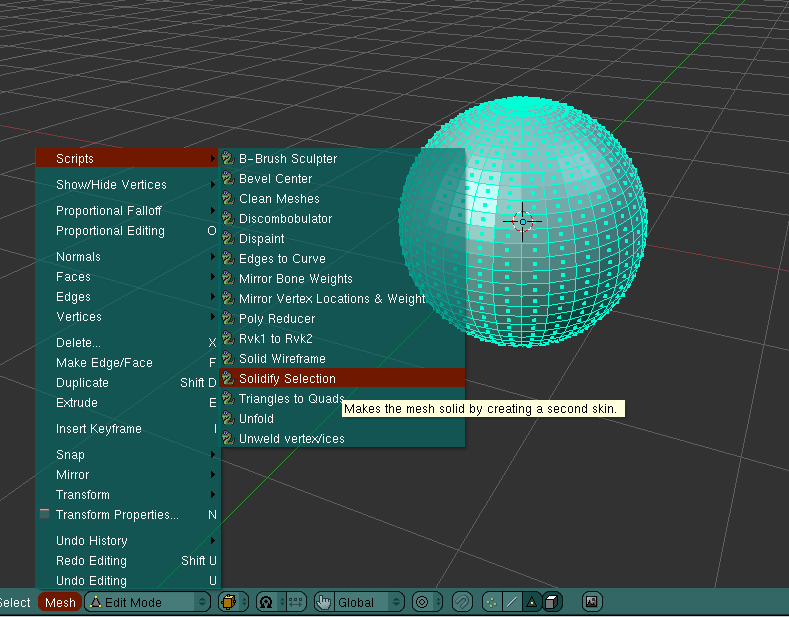 Yeah, solidify will work for the time being. Thanks! I read the wiki and they had shell modifier there. So in 2.5 it will be there.

Holy shit! If I knew that before!