I am trying to model a fusion based power generator room for a space ship. I have finished the actual reactor and turbines, but now I need to make a room for them. This is the part that is new to me. I have never made a scene where the camera is inside it. Right now the room is very basic, the big thing I am trying to tackle is the lighting rig. 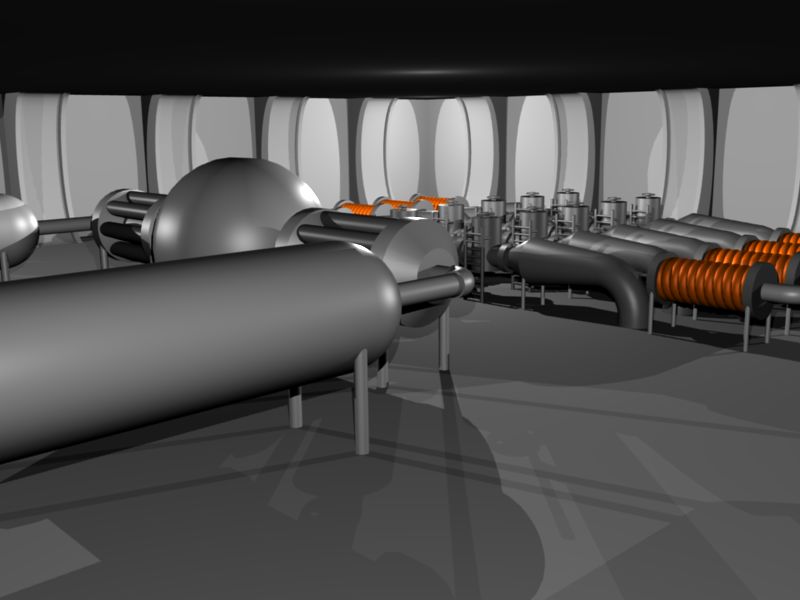 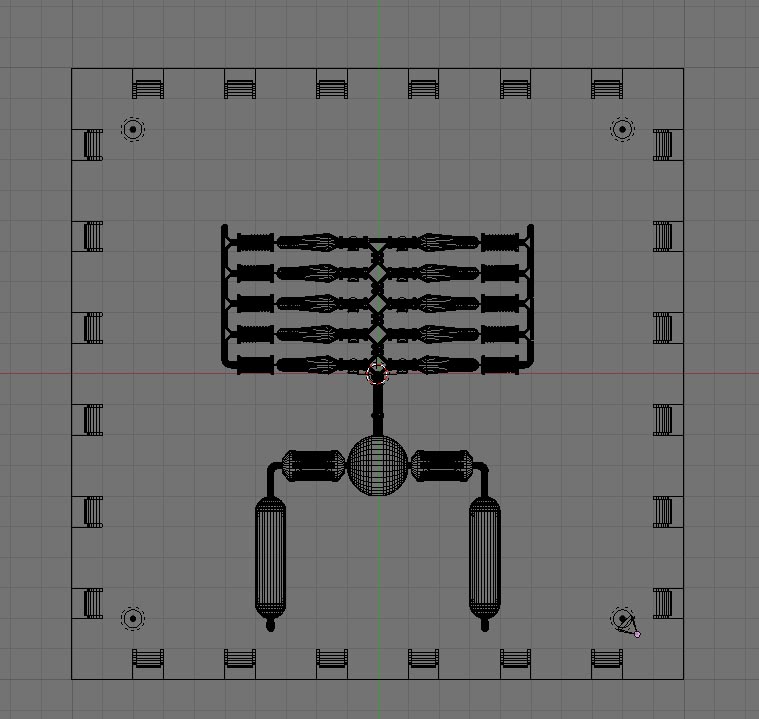 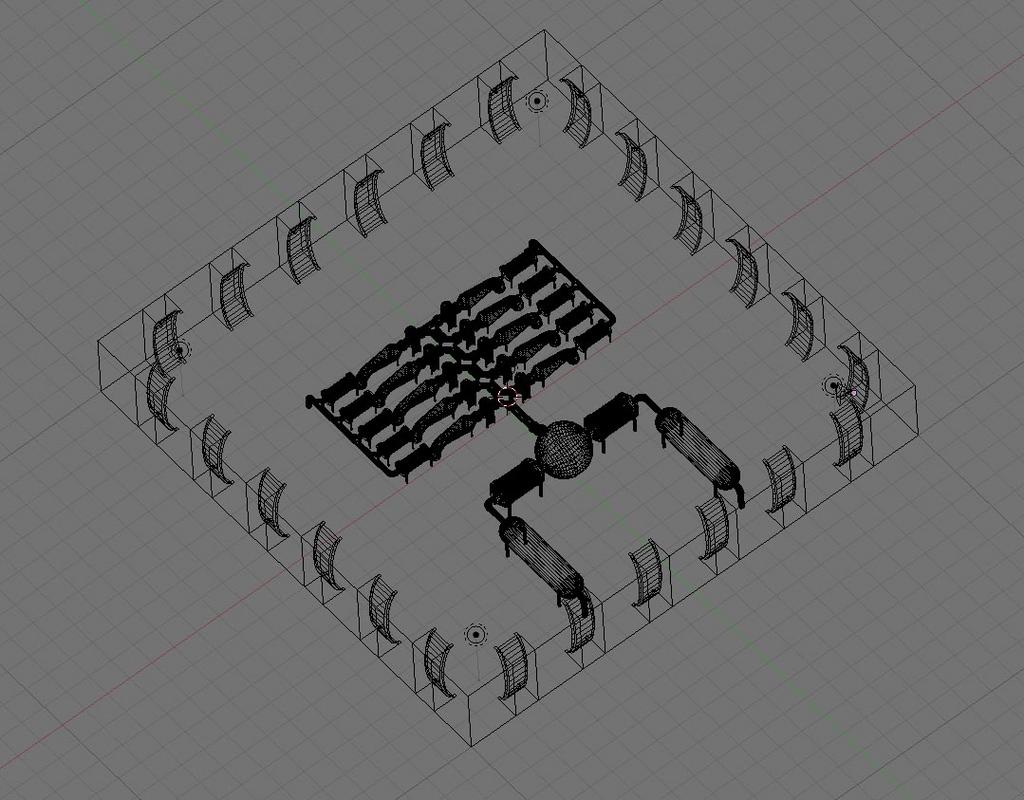 Or is it supposed to be a ship on the water?

Having the camera inside doesn’t really make any difference, other than the wall can get in the way of viewing it if you zoom out (even in non-camera mode) too far in a solid view. You might want to move some of the walls to another layer if you’re doing things “inside”, then you can switch that layer on to render. Remember you can have a window with the camera view any time too.

As for lighting, just remember where all the lights are coming from and drop lights in where they would match actual light sources, and check to see whether they generate shadows or not.
IIRC, the sun & hemi will NOT create shadows, and they WILL go through meshes… so you probably don’t want to use them unless you want an overall lighting cast to the scene. If so, it might be good idea to add a dim red or blue “glow” to scene. Shouldn’t really have any Cherenkov rad though with that setup.
If you have the render time, probably use some AO, maybe even with area lights. A room like that will have lots of dark nooks & crannies that the AO will catch. Workstations would be good for somewhat soft spots. Avoid raytraced shadows if you can.

@LazyCoder - laziness in a programmer might be a virtual, but not in a reader. He said space ship on the first line

The generator room is deep in the belly of the space ship. Those objects many of you are confusing for windows are actually the spaces between supports. The window like quality is something I have to fix. Unfortunatly the render time has to be relativly low because the scene will probably be used in animations. I’m trying to make multiple small light sources but the rig needs to be ajdusted still. Edit: Okay I have tweaked it a bit by giving the supports a different material and adjusting the settings on the lamps. One thing I cant seem to figure out is making a light fixture. I think that modeling the fixture with a transperant lens will fix some of my problems, but I cant seem to make the lamp shine through the glass. Keep the suggestions coming, I sure do appreciate them. 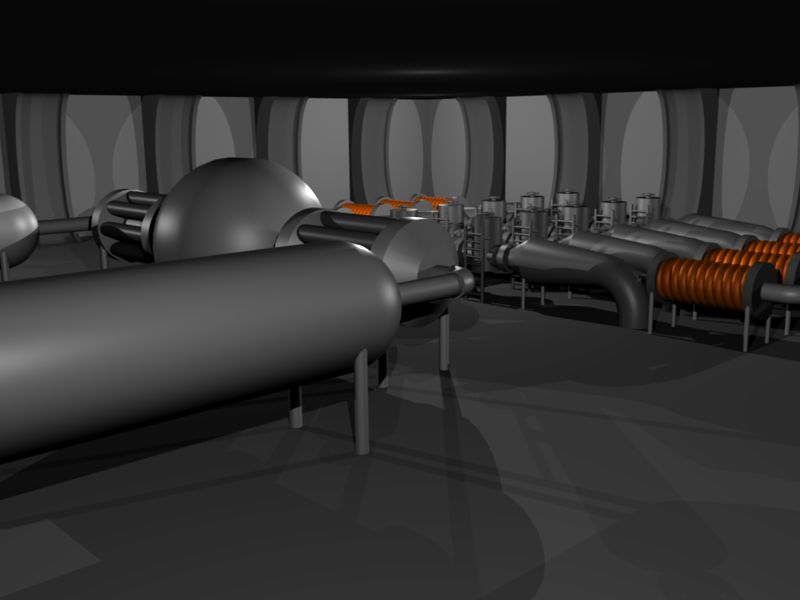