I’ve been working on a car that’s based on a real model but varies in some ways to genericize it a little bit. I apologize for how simplistic the renderings are, I’m not too experienced with lighting (obviously), but hopefully you’ll get an idea of the silhouettes. I’ve also included an image with “Edge” rendering turned on to get a better sense of certain shapes, and an in-editor wireframe. Basically what I’d like to know, is how good the model looks and whether or not it shows competence. 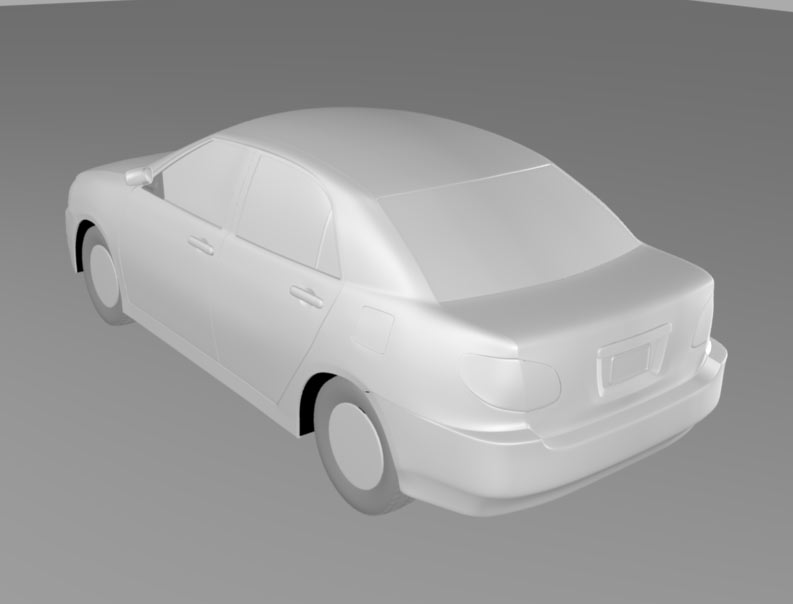 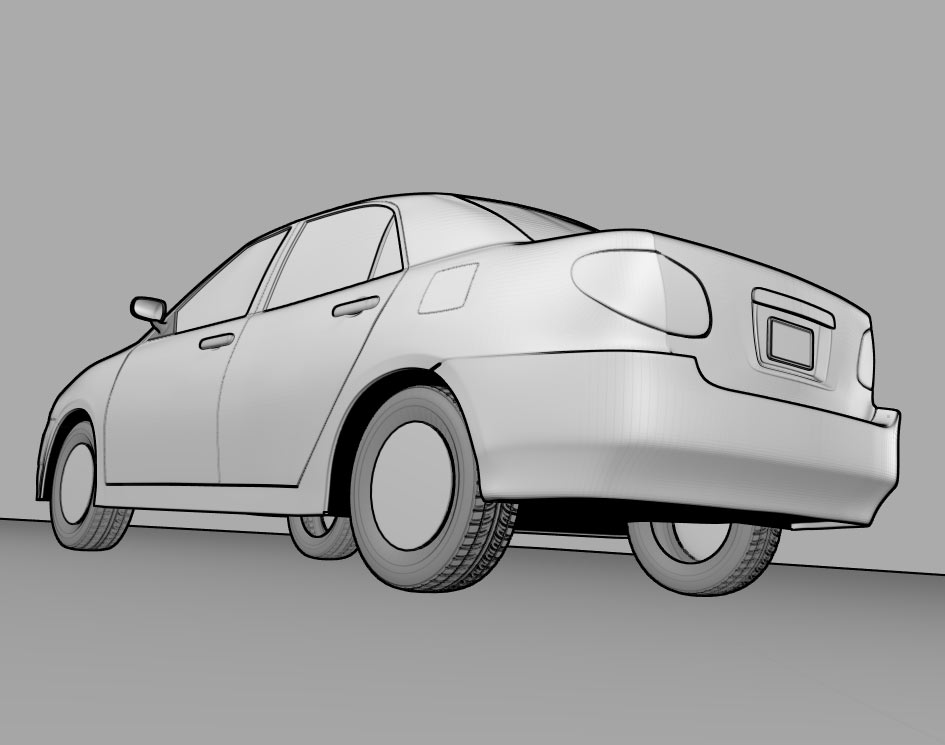 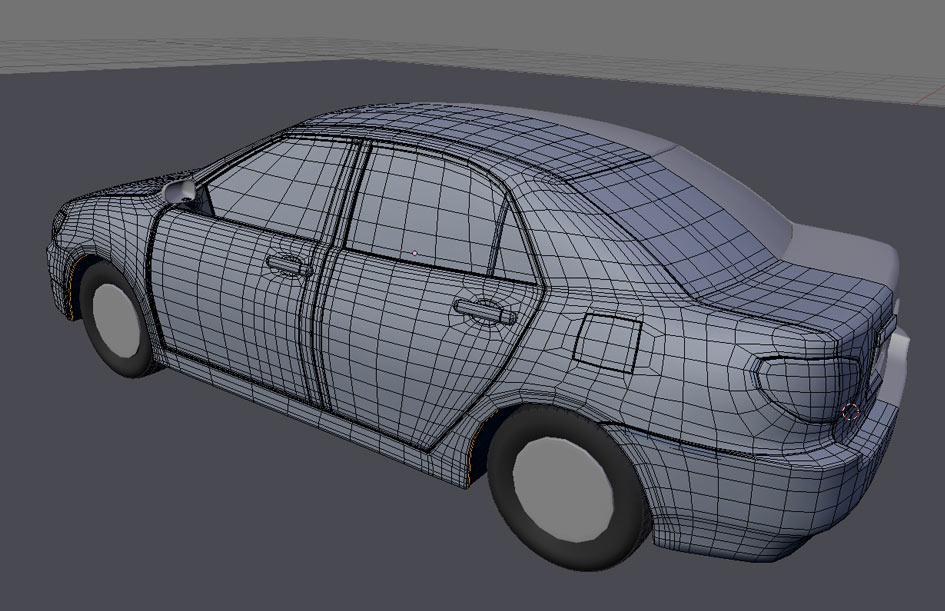 On the render image, part of the under side of the car is shown. Maybe and exhaust or wheel axis would make it appear more real.

Thanks, I think the highest priority of a car model is to be car-ish

Clean model, looks like it was easy do accomplish, but I know it was not.
Good job!

Thanks. Why do you think it looks like it was easy to accomplish, out of curiosity?

Cars are not easy to draw neither to model!

Easiest it is a cube , the more forms are visible and round shapes the more complexity grows.

Sorry, the irony was not clear. I mean that the model looks very clean, regular, well done.
Looking at it one can almost understand how it was modeled, but between watching and doing there’s a lot of difference.

This is a really generic, basic, simple 4-door sedan. And I mean that as a complement. The shape almost looks like every ‘4-door compact’ on the market in the U.S.A. right now, so you’re doing good.

It’s maybe a little late for general shape critique, but if you’ll accept the critique, I’ve got a few things to point out;

First, the rear door doesn’t follow the fender curve all that well. Most cars with seats that close to the back axle follow that curve around the rear wheel, so it looks a little funny when one doesn’t. If I were ‘tricking’ your car out, I’d totally put a spoiler that came up from the wheel well to just above the rear window, matching that line, but for a simple sedan, it just kind-of throws me off.

Second; I can’t really tell if you’ve added the ‘gaps’ for the ( boot / trunk ) sheetmetal yet, but it seems where the corner of the B/T would be, the lens covers on the tail lights are ‘creased’. I would suggest either making the lights two separate lens covers by splitting that light along the crease, or maybe smoothing it out a little.

These are, of course, just ideas. They’re just what I wouldn’t expect to see on a real car, is all.

I’d like to see the front, or maybe even a .blend <<hint hint nudge nudge>>, but overall I’d say your topology blows my skills way out the water. Try adding some small details, though; it’s not a car until it’s got a whip antennae sticking out the top!

I agree, this is a nicely done generic sedan. OkageStarr’s comment about the back edge of the rear door is spot-on, you should make the back edge drop straight down from the farthest-back edge of the window, then curve around the rear wheel opening as he says. And it’s hard to be sure from the angle, but it almost looks to me like the front edge of the front doors are a bit close to the wheel well. A straight-on side view would tell for sure. But these are minor crits - this is an excellent base car, you could mod the basic model into a number of variants easily.