simple Q - how do I get my menu bar back?

In the course of working with one of my blender files I somehow got rid of the menu bar that normally sits at the top of the blender program window. I’m not sure how this happened or how to get it back. I’ve been making due with keyboard shortcuts (mainly cntrl-s to save) but I’m starting to run into things I just can’t do without that menu bar (well, I probably could if I knew the keyboard short cuts but it would be nice if I could just get the menus back instead of learning all the short cuts).

How can I get that little bugger back?

Hum… Try hitting ctrl + up in the 3d window.

I’m gonna guess you just resized the bar.
So hover the mouse at the edge of the window.
Until the resize arrow pops up.
And just drag it out.
If you merged the Menu Bar with the 3D Window it’s a little different.
You still hover the bar, but this time at the side.
And instead of dragging, right click.
Split area, and move the mouse over to the 3D View, and left click.
Then you just have to change the new window you made to the User Prerences.
It’s the first option at the left of the header. 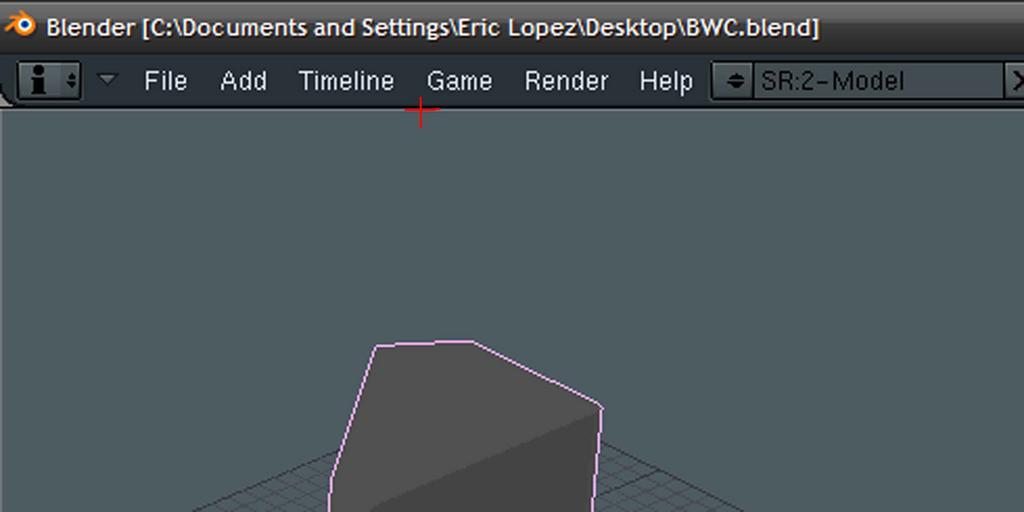 This got my menus back but some things were missing - mainly the ability to change/create new scenes, which is the main reason I wanted the menu bar back. Also I could only have the 3d window open when I did this. Maybe I’m just picky but I like being able to access the menus, 3d window, and logic bricks all at once.

Apparently I merged the bar with the 3d window because the second strategy you mentioned did the trick. I got the menus and scene controls back. Thanks!