Brief description:
I’m programming a small cartoonish game for about half a year. The game is based on the game called Ping Pong. The main goal of it is to make a colourful, friendly, enjoyable world and competitive gameplay with many game options, challenges, levels or a singleplayer with a short storyline, spells, shop with items, levels and maybe in later stages if the game will be interesting, a multiplayer :eyebrowlift:.

I’m looking for a 3D graphics designer. Your main job would be to make the 3D stuff that is seen on the screen, including lighting, character models, character animations, environment details, terrain, textures. If you are good only on one, like only modeling or only texturing, fell free to contact me. Prefered tool for making everything is Blender 2.49, because the model and scene exporters are known to me.

Now I’ve got basic working mechanics, a simple but working GUI , menus and a simple computer AI. The key ideas in the game are that paddles have mana and can cast spells, now I’ve made 2 working spells, i.e. one is called roots, it stops the ball for a short time, and other is called split, it makes a illusion of the second ball and disapears after short time. At the end the game should have 3 or 4 spells. Secondly there will be mammals that will stand on both paddles, also there could be something else like death vader or other funny character that will talk with other mammal/character on the opposite side, blame him, laugh and other funny emotes with a sound acting, but that is left for late stages of the game, when everything works. 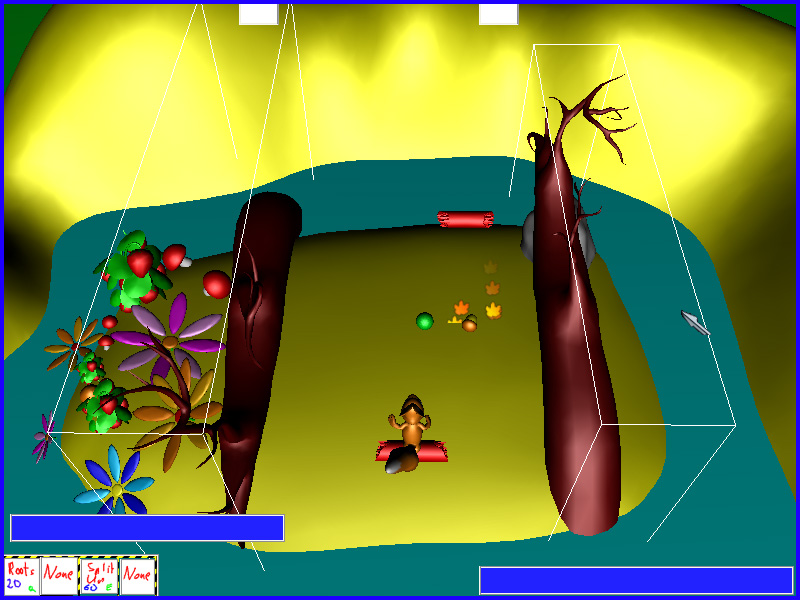 As you can see the lighting and models are very bad, there are no textures, the GUI is also very bad, but I’ve already made a fox that stands on the paddle and it’s animated an have a texture! :eyebrowlift2:.

The fox model that I’ve already made: 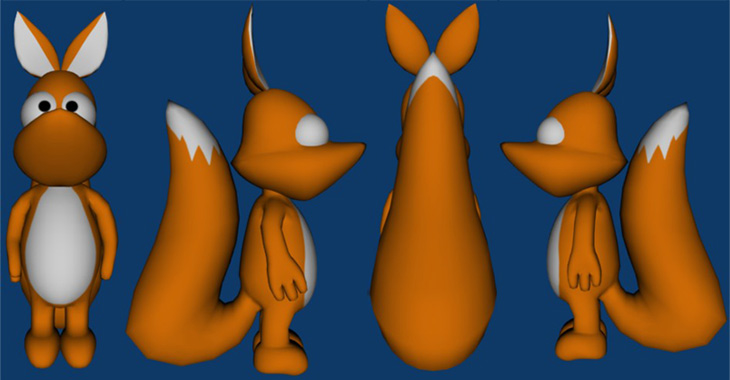 As you can see It’s not very detailed and have some gliches, it have a couple animations and a texture.

Target aim:
The game isn’t fully made, so there is no such plans. It could be retail or opensource.

Compensation:
If the game will be sold, everyone gets the same peace of a cake :eyebrowlift:.

Technology:
OS: Firstly the game will be made on Windows, if everything goes smooth, the game also will be ported to Linux or whatever the team wants :p.
Game Core: The game so far is made using Ogre3D engine and C++. OIS for input and myGUI for GUI.
Graphics: Blender :evilgrin:

Team structure:
It’s only me at the moment and I’m a programmer

Feedback:
ANY. Feel free to write what you think.

Bump! Not much improvement to show actually, when everything is from the coding part, added one ability, rewritten the GUI system, now wroking on more advanced paddle movements. I’ve still have hope that someone will help with the graphics