I had this idea do make a homage to the Rush album clockwork angels. That quickly morphed into a steampunk-ish scene featuring a clock tower. That idea morphed again into what I eventually settled on. A small town inspired by European styles, particularly Poland and Venice with a clock tower featured in the background. Here is where I have gotten to.

I was thinking of adding people but wasn’t sure if it would be worth it since they would be so small and hard to pick out in the scene.

Any advice most welcome. 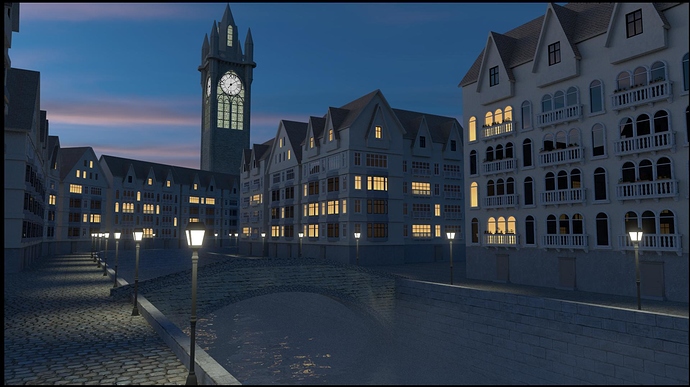 The time it took to render has got to be nuts!

The time it took to render has got to be nuts!