I don’t know if this is the right place for this problem but I think it fits best.

Is it a known (and normal) issue that smooth shading is not working on every face of a model while using cycles?
It’s a simple sphere with smooth shading. It doesn’t matter if I use 2.79 or 2.80.

The problem is very obvious with this HDRI lighting, but it is also visible with the light that is included in the startup scene.

The problem stills persists even after adding a subdiv-modifier (just on a smaller scale).

If it’s a common problem/issue I am some kind of fine with it, just want to be sure that I am not missing something. 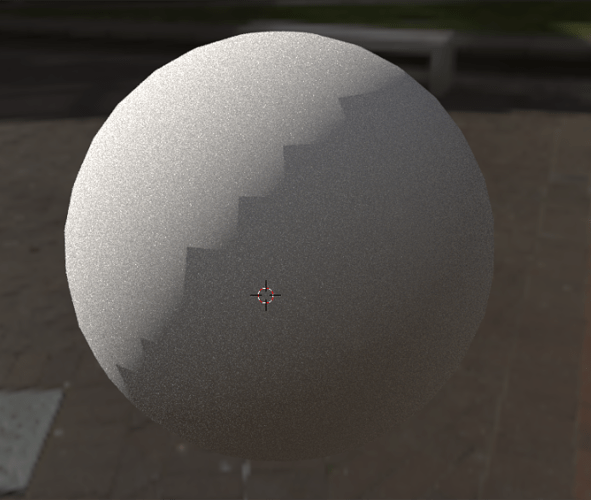 it disappears when I set subdiv-mod on 3 for view and render. If we consider it as this is only a trick to smooth in viewport low poly mesh then it is fine, because while rendering you have to have more dense mesh to render proper shading without jagging. If you take cube instead of sphere and do smooth shading dont expect to have “spheric” look and proper shading because cube still is cube with only 6 sides

I have tested and you have right, it looks better in other app. Maybe you should report a bug

Yes, it’s not a bug but a problem within the system. I checked it in C4d with Cycles and the same problem occurs…
As it is in Cycles since 2012 I think we have to Subdiv like hell for low poly rendering!