Say I want to separate the circular plane and the cylinder (refer to the picture) some at some point in game. But before that, I want them looking like they’re a smooth part of the same object. Is it possible to get them to look non-separate without actually joining them and doing ‘remove doubles’? 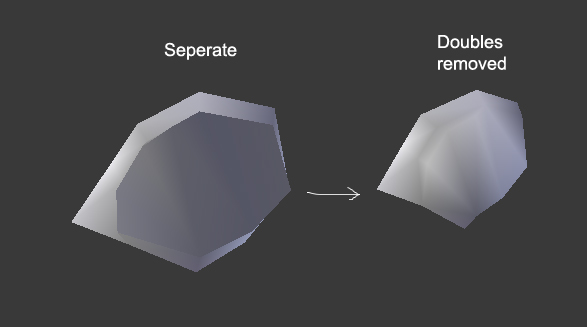 Can’t you cheat and turn off edge split while they’re connected/overlapping and turn it off when they detach?

The real problem I guess is that I actually have two of those things, each with their own filled holes. 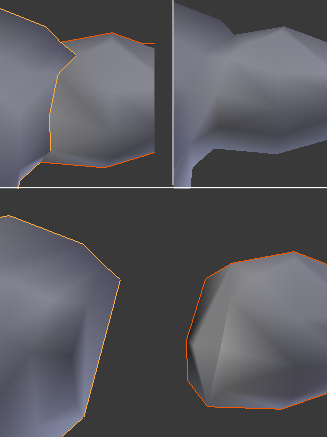 (Top right image is what I want it to look like)

So there’s no edge split going on–and I want them to be separable.

Looks like an Object Mesh( mesh made of multiple meshes). This will not help with the smoothing though.

Could you use metaballs?

Can meshes be converted into metaballs? The thing I screencapped already has uv mapping, etc.