Check out this Snapback Hat that was made in Blender Cycles! 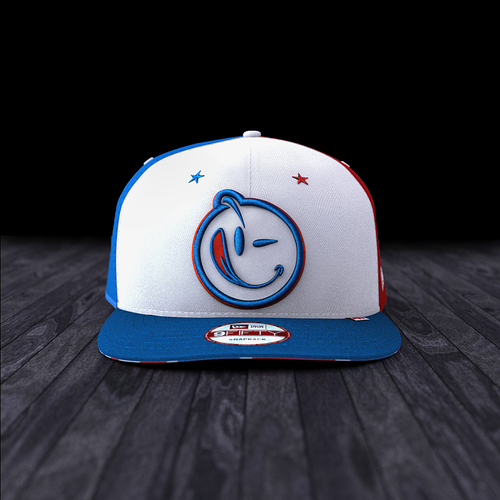 Nice!!! I think it might (might not be needed) with some hair particles, like fuzz. If you do use particles make sure to give them transparency otherwise it will look off I think.

Photorealistic hat and render, I think the hat is too clean for that floor.

Beautiful!! I love this a lot. Some more renders please

That’s a pretty spectacular thread texture in the patches. Just the right ammount of sheen!

You might resize the scaling on the floorboards, though - either that’s a really big hat or those are really narrow boards.

The blue stitches in the patch are amazing. I’ve been trying to come up with a way to do something similar for a mouth on a stuffed animal.

Thanks everyone for your comments, much appreciated!

I think the UV mapping on some of the fabric is a bit off, (some weird stretching or something) but overall it looks quite good.