Text above is original and below is the one with solidify. I’m trying to make text like the he-man where there is original size text inside ever increasing sized text so when changing the material I can achieve similar effect as in the he-man text. you can check the he-man text here: 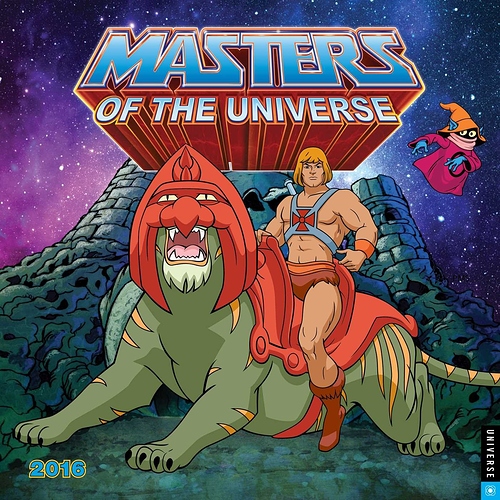 As you can see from my picture. when I use solodify modifier on the text, although the text is perfectly shaped and flatten from front solodify thinks that front has some vertices too front so it push some of the mesh too much and creates these bumps you can see on letters B and M. Also another problem is that it bends flatten tops. I have marked in red the direction and on what letters which are A and M. I also have tested to alt+s a letters individually, but it has the same results

Also inside of letter B it’s all wrong and also tops of letter C are bit off too.

So these problem should be solved so I can continue with my modeling. I’m pretty sure there is somebody who knows how and why these problems accour so any help is welcome.

This is not the most reliable way to do outlined text , though it works fine for small changes in text size . The problem is, as the text needs to get bigger, the faces and vertices will intersect and cause render problems as well as distortions. Ideally you create a separate outline for each text-block shape(s) then make meshes that combine to make your final geometry: 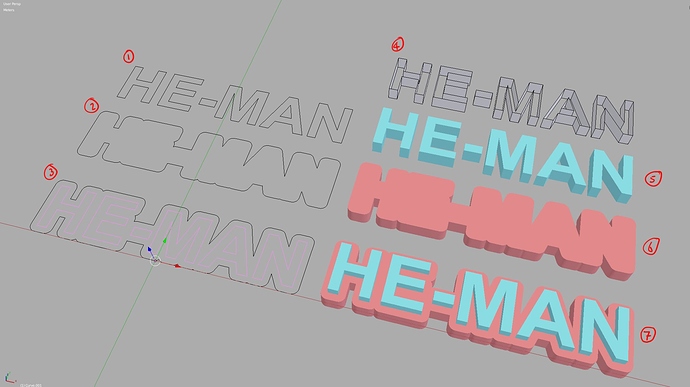 Inkscape , https://inkscape.org/ is opensource and great for generating text and vector images. Export them as .svg and you can import them directly into Blender [ be sure to activate that add-on option in preferences ] as splines, which you can then modify as you normally do, then proceed as above.

( notice there is a slight imperferfection just below the middle bar of the ‘E’ - I removed this extra spline in Blender ).

It’s a rather long-winded process but the results are good, especially if you take the time to build clean faces in stage (5): 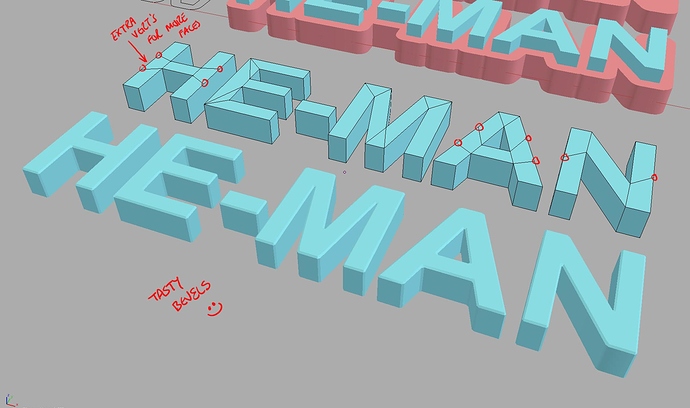 And here’s the Blend file with all the above

I have used inkscape to other things it’s good software for that, but for some reason it cannot calculate right geometry from my 2d version so I just made the text in blender since there it’s perfect, but then I have this problem with the fattening text.

Is there way to make this in blender without first making the outlines in 2d then using inscape to import that into blender and then start to stack it ? I would like to make it all in blender if possible.

Yes, you can do it entirely in Blender thus:

But I don’t know if it’s any quicker, the edges will still require manually cleaning, as you can see in stage 5 above, which is what happens when you expand edges along their normals - eventually they intersect with other edges and it turns into . . . well, a mess.

Here’s the Blend of the above.

I understand, but why is it that when I fatten up with solidify the text flat side also goes all wonky from front and back though they are absolute flat ? Also the top is abit wonky too though the top is actually perfect flat. 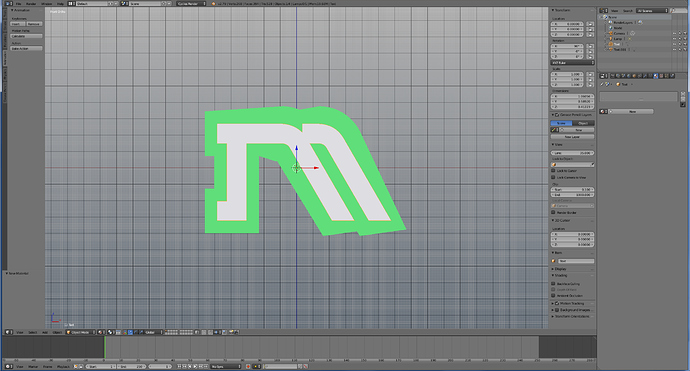 The best modifier to use is actually Displace ( the Solidify modifier is generally used on 2 dimensional surfaces - cloth for example, to give it ‘thickness’). Displace, however, will not resolve your issue,

but doesn’t create extra faces ‘inside’ your meshes like Solidify.

Displace ‘grows’ faces outwards ( or sucks inwards) using the ‘normals’ direction of the faces of the mesh, however, there has to be some degree of averaging involved when faces are both attempting to ‘grow’ in the same direction. Here is a case in point:

Starting with a basic cube ( or solid text ), next Displace is applied, the cube grows and is still perfectly cube, no wonky faces - because all the faces can grow at exactly the same rate and therefore never conflict. In the 3rd mesh the cube has had one edge bevelled with a curve, and finally the same Displace applied to that and the whole thing starts to distort immediately, because the faces on the curve part are trying to expand in a direction that other faces are also moving, so the thing gets more and more distorted all over to find a ‘compromise’ location for all the faces. The more faces the more severe the problem. Which pretty well describes any kind of text.

This is a limitation of the displace and solidify modifiers, but also not solvable in certain situations, like the holes that define the capital letter ‘B’. If the exterior faces expand, then the holes must equally get smaller, but where-as the designer would know to ‘delete’ the holes when they are so small they become irrelevant, the computer can’t make that assumtion.

Wierd. Wierd becuase in 2D Photoshop this is not a problem so I thoght they would have figure it out since it’s very basic thing in 2D to just addsome extra fatness to text. Like you normally see white text with black outlines that is done like I’m trying to do in blender, but in photoshop this workd perfectly like you know doing those outlines in gimp. Wierd thing