I have an object which is a filled plane - a logo (SVG import, curves converted to mesh).
But the fill geometry is just awful. There has to be a solution for this sort of problem. I want to make this into a grid-like mesh. Quads wherever possible.

For some reason Blender’s fill algorithm seems to try to find edges that are as far apart as possible and generate a nasty zig-zag triangle web that is guaranteed to deform horribly.

What I have now: 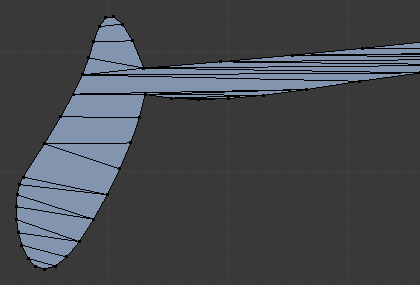 What I want to be able to get using a tool: 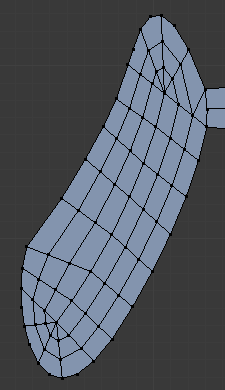 (The above example was made by hand, it just isn’t time-effective for a large logo)

no such tool. oh you could try with the remesh modifier or the tris to quads function, but you’ll always be needing to manually fix those faces. thats why our delightful devs developed things like Grid fill.
just delete all the inner faces so all your left with is the outer profile vertices and spacebar search grid fill. you’ll need to select portions of the mesh that will fill evenly, but its a lot faster (and neater) than manually re making the quads

no such tool. oh you could try with the remesh modifier or the tris to quads function, but you’ll always be needing to manually fix those faces. thats why our delightful devs developed things like Grid fill.

Thanks. I was afraid I’d get that answer.
Grid Fill I have found to be useful for certain things, like when you have a circle that needs its faces to be quads instead of converging at the center.
But in this case doing this one face at a time by hand is probably faster.
Because with Grid Fill you need to have the exact number of vertices to form a grid.
Oh well.

Why do you need such a specific mesh ?

For a similar result:
You could just fill the face with a single ngon, inset it a few times, and with the remaining ngon just triangule then convert to quads.
This will give loop around the edge of the mesh, suitable if you want to bevel etc.

You can give a try to the remesh modifier, while most of the time you need to go too high in its setting that it’s most always ending into insanely high poly, sometime it can work

But first extrude your planar mesh, as the remesh modifier needs a depth to work 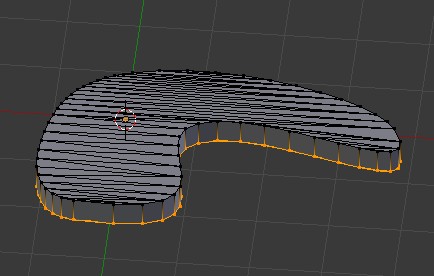 Then add a Remesh modifier, keep the setting to “Sharp” and increase the “Octree depth” until you find the shape satisfying

M4qbSm4.jpg734×267
But carefull, don’t go too high in the Octree Depth setting , as polycount can explode quicker than you would want, you may be able to keep the octree lower than 5 if you’re going to add a subsurf later. 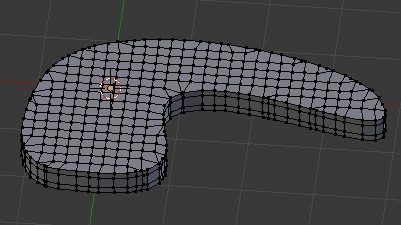 Not as good as doing a manual retopology, but certainly much faster if time is an issue.

Why do you need such a specific mesh ?

For a similar result:
You could just fill the face with a single ngon, inset it a few times, and with the remaining ngon just triangule then convert to quads.
This will give loop around the edge of the mesh, suitable if you want to bevel etc.

Thank you Richard M. and Sanctuary.
Those are helpful techniques and I’ve been doing a lot of experimenting since reading your replies.
The logo itself is a success. I did a Remesh and then an Inset.
Here is a screen shot.
Before the inset the triangles are pinching the subsurf. After the inset it is smooth. 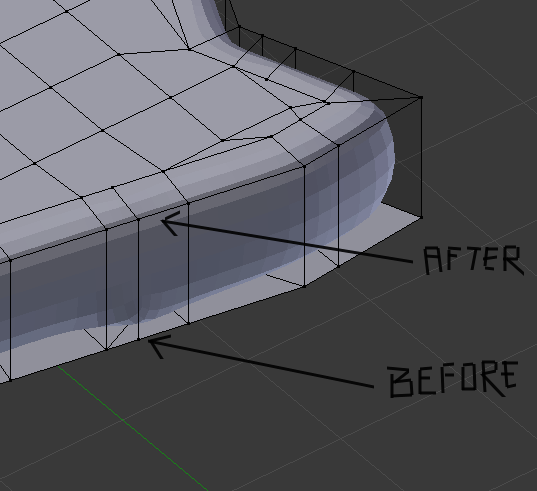 The reason I need such a specific mesh is for stamping a logo into another object using a boolean.
Unfortunately the edge loop where they intersected is comprised of many dense triangles that pinch my subsurf in hideous ways and making an inset there doesn’t fix it. Nor does beveling. 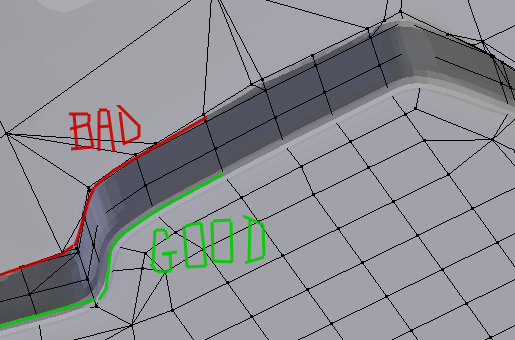 I try a very simple method to work with these kind of meshes.

Let Create a mesh of Alphabet Q.
Convert it to mesh by Pressing Alt+C and Select Mesh from Curves.
Now in Edge Mode, Select the inner Circle of Q, Duplicate it and Seperate it.
Next Select the Outer Edges , Duplicate and Seperate them too.
Delete the original Letter, and join the seperated edges.
Now in edit > Vertex mode, just select the inner vertices and extrude them outwards. Select outer Q shell, leaving the stickout part and exturde the cricle inwards.
After that, I bridge both the circles, do little bit of cleanup (remove extrad edges, slide some edges etc).
And you are off with a very clean mesh. 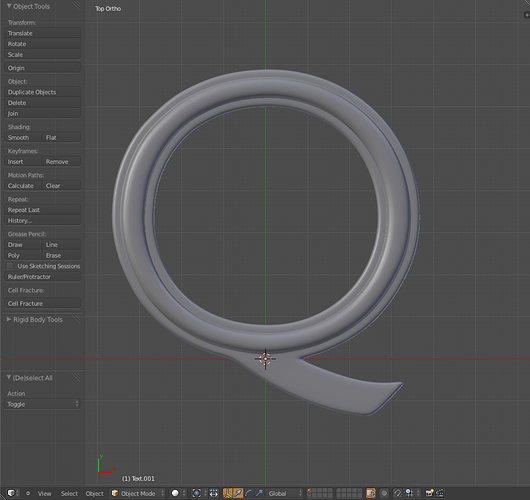 Thanks. True that bridging two loops is another way to get somewhat acceptable face geometry.
Still it should be inset if it’s to be used to boolean anything that will then be subsurfed.
Although I am at the next stage of the problem now: how to fix the edge loops on the surface of the booleaned object.

The ugly fills problem is solved.
Since that was the starting topic of this thread I will declare this thread as solved.
The problem of ugly booleans however, I believe is a problem with no solution within the realm of polygon-based modeling.
Subdividing can take us only so far. It cannot generate a perfect curve. For that we need parametric modeling.

It would be helpful to have something like a NURBS modifier that could take the edge loop of a mesh, bevel it with a NURBS curve, and once applied leave us with a beautiful evenly spaced mesh. But that may be difficult to develop as it would require both NURBS math and polygon math to blend together where they join.
The best solution would be to have a robust set of NURBS tools (Rhino style). And the ability to convert NURBS <–> polygons both ways.
But requests for such tools seem to fall on deaf ears.

Here is as close as I could get to a clean bevel in my test: 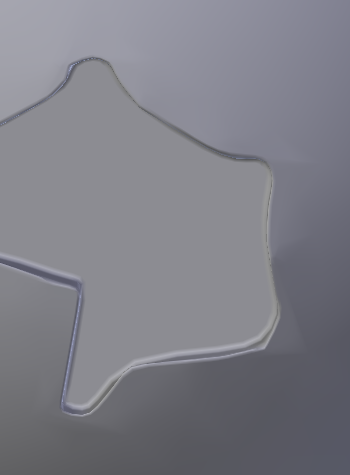 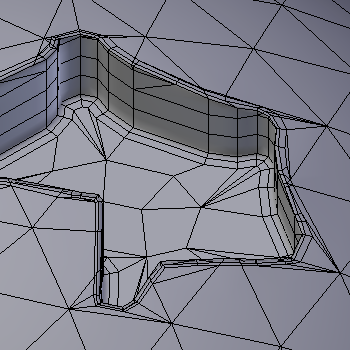