I have not used cycles, but I just downloaded the latest binary from graphicall, which, as I understand it, contains the cycles render engine, but I am not seeing where the settings are, and the render just looks like the usual blender render. Where do I change from the Blender renderer to the cycles renderer?
(edit) btw, the cycles add-on is checked, in the add-ons panel.

I don’t think all the builds contain cycles, only the ones that are marked as such. Just select “Cycles” from the renderer menu in the middle of the info header.

I don’t think there was such an option, so I must have gotten the wrong build. Thanks. 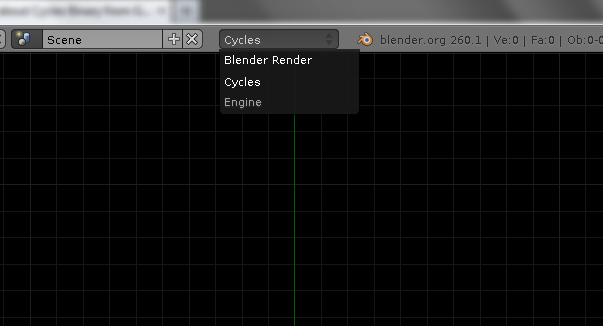 Perhaps this will help…

Sorry I didn’t realize the delay when posting, and I had posted twice.

ah, there it is. hehe. thanks drste.