something stuck in the f-curve editor

Made quite a mess while I was creating my first walk cycle in v2.54 of blender. Whenever I go into the action editor this shows up in the f-curve editor… it’s an empty thing, there’s nothing that shows up under it any more. It also shows up in the outliner, that in the hierarchy there’s a key under my character which was created by accident. (I didn’t even realize it until later on) Wish blender had a list of options when you right-click a selection in the editor, an option for deleting keys. When I tried to delete it anyway thru the outliner I got the “Not Yet” message at the top of the screen. Is there a way to get rid of it? 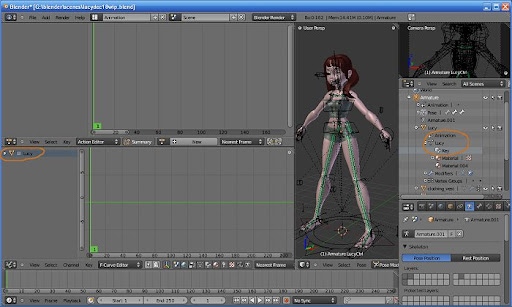