Here’s something i did recently which i’m rather happy with. A drone i made, wanting to make something that would be what a futuristic soviet state would create to spy on it’s citizens, to find and identify any wreckers, kulaks, bougia elements, or any other anti-revolutionary activity, so the state could persecute them to protect the glory of the proletariat citizen. 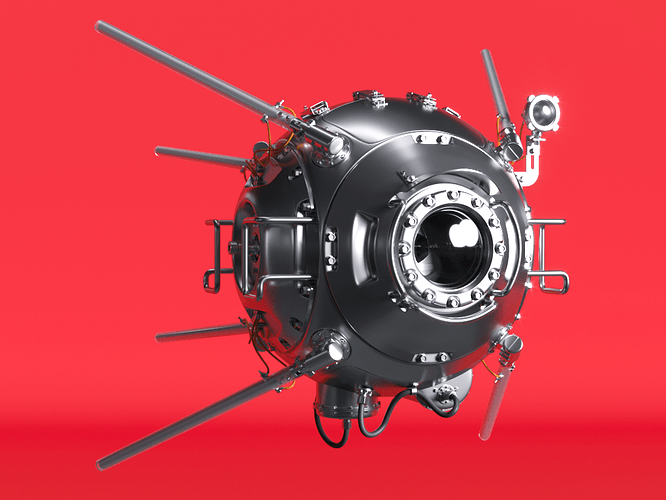 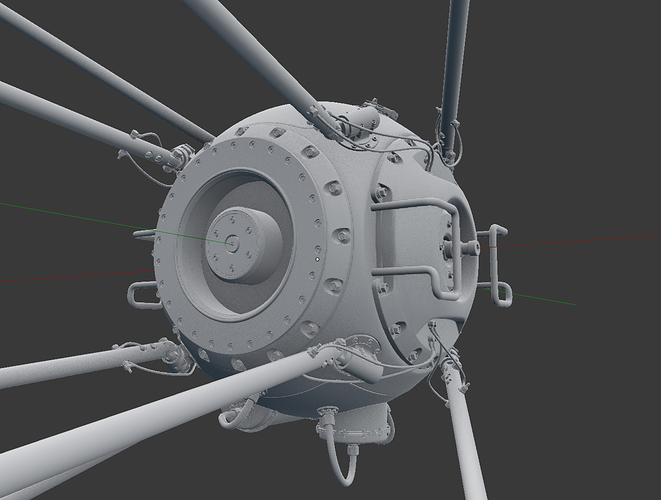 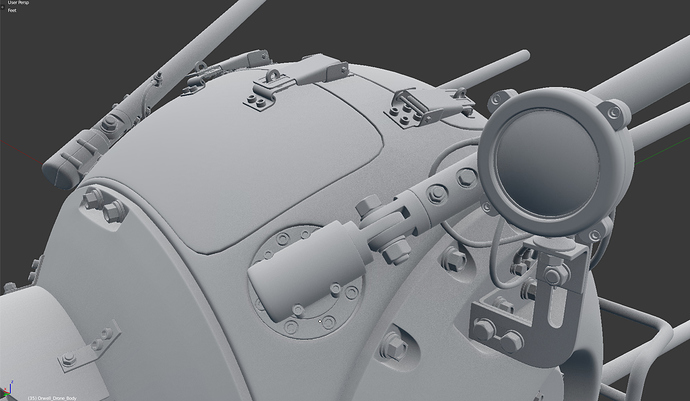 The idea was it was powered by an ion drive, ergo the tanks on the bottom. And was more of a propaganda mechanism than any military device, although it would certainly be an active tool of the state. So while all the shapes are all very tough and appear very strong and heavy, it’s actually stamped aluminum over a fabricated space frame. So while from a distance it looks very strong and dangerous, up close you could see all sorts of little dents and deformation, giving away it’s flimsy nature. I also wanted to give it an infa red flare launcher, for chasing wreckers at night, and a few other little projectile launchers for tear gas or smoke grenades for discouraging miscellaneous un-soviet activity, but i couldn’t really get the shape looking sleek and self explanatory so i cut it. Also an ion thruster wouldn’t really work in atmosphere, because there needs to be a vaccum on the outside for the effect to properly work. But communism doesn’t work either, and that never stopped them.

The texture is being done by someone extraordinarily good, which i’ll post in finished projects once it’s finished and i have his permission.

If anyone would like some close ups of any detail, let me know.