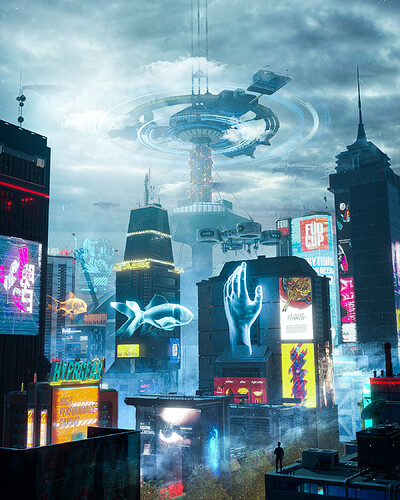 Nice… but this station is in very, very low orbit.

The way I see it, this whole environment is on the space station itself, and the tower in the middle is just a docking area.

Looks like the kind of place a traveler may stop to refuel a ship, get a bite to eat, or rest in a hotel for a while. That would explain the advertisements everywhere.

Ok… then how you can explain atmosphere density? Don’t get me wrong, but such ‘trifles’ are serious things. Like difference between WTF and good work.

Hey … if a UFO dropped down real close to Tokyo or Times Square, maybe it would look just like this. Anyhow, an imaginative idea and a very nice juxtaposition of well-rendered elements. It looks perfectly “convincing.” 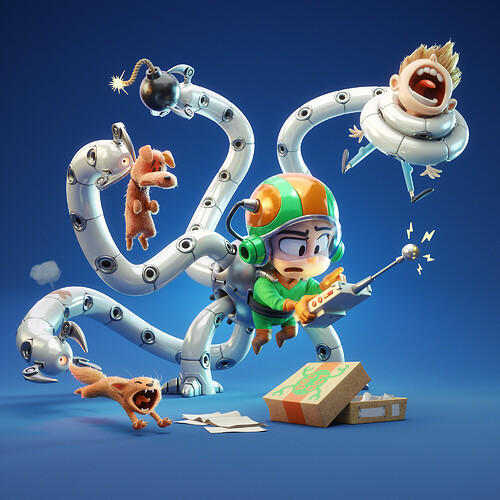 I like the random Clint Eastwood / Josey Wales on the building.

Nice scene. I’d like to see it with more darker mood. More realistic so I get that true Bladerunner vibe. Rain would be the obvious choice but snow might be different (though there’s a bit in Bladerunner 2049). Just thoughts…