Hey guys! Just wanted to post this render I created a little while ago, it features a robot character I have repeating throughout many of my artworks. I hope you like and it would be greatly appreciated if you left constructive criticism or just what you thought overall. 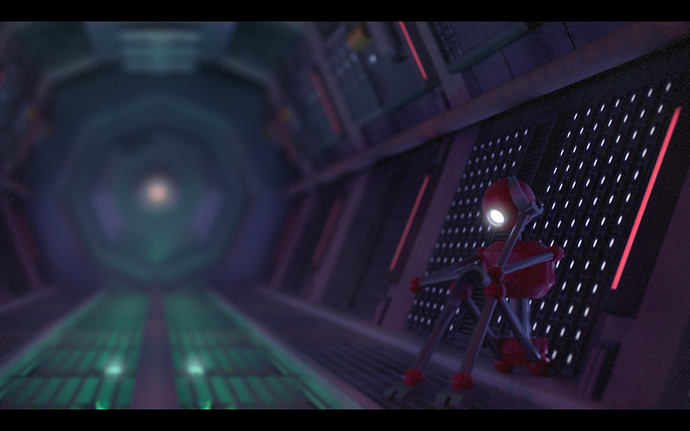 It depends on what look you are going for, Its sort of Lego-esque. It’s a little empty and depressing feeling. Are you aiming for art people want to put on a wall? An art style for a depressing movie about lego-esque robot lives? My girlfriend said, it’s ok, its good and said she’d put it on the wall over our couch.

I really liked it, look straight out of a pixar movie about a lonely robot.