Sphere with no triangles

This is me experimenting with topology. I managed to make this sphere that has no triangles, unwraps easily, has decent topology, etc. 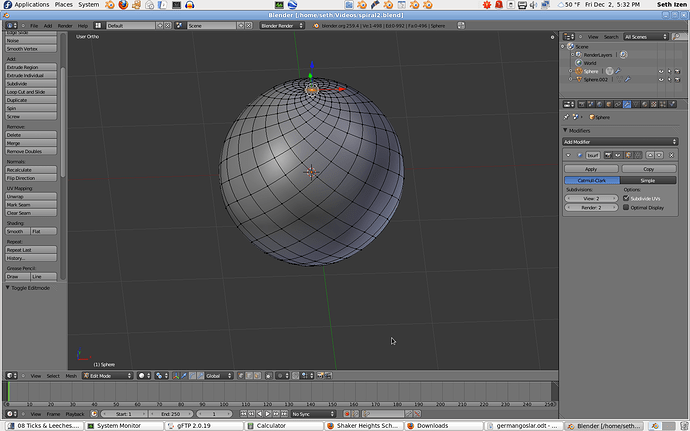 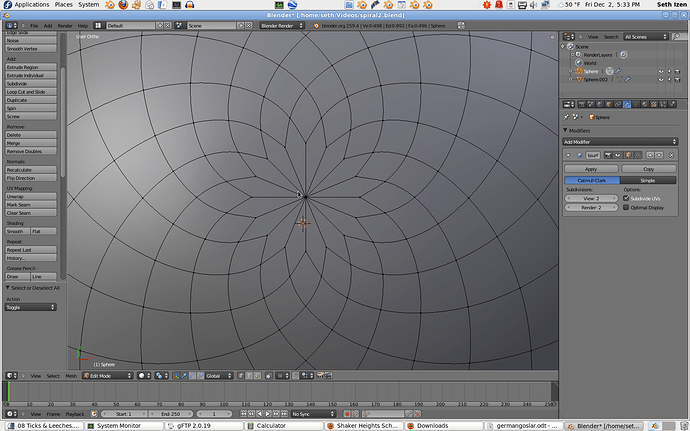 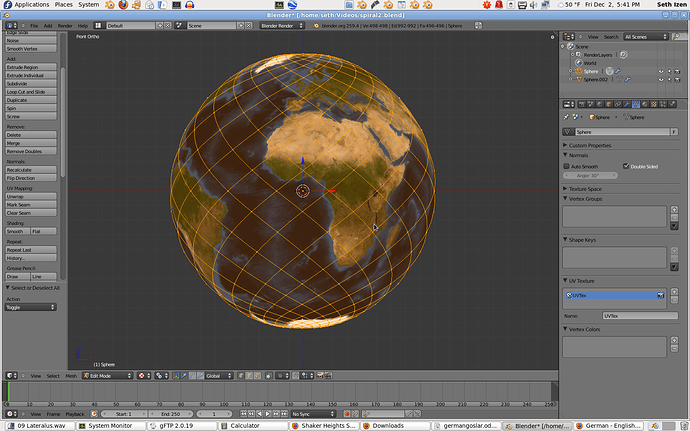 Any feedback is appreciated. Thanks.

Another way to get an all quad sphere is to start with the default cube.
Add a subsurf modifier to give the number of faces for your sphere
Add a cast modifier set to Sphere with the factor set to 1

I use the subivided cube most of the time, but I remember seeing another tutorial a while back that used a plane and modifies to make a globe.

And now that I teased you with the idea, I must say I googled and could not find the link…

another easy way to do it is to add a regular sphere and then go to edit mode and select all and press (Alt + J) C:, that’s what I usually do

That’s some very beautiful topology on that sphere. How did you do that?

Can’t wait for the .blend.

That’s awesome @Unibrow1994!! How did you do it? And how are the seams placed?

Plug in these values for x,y,z 3-vector equations: 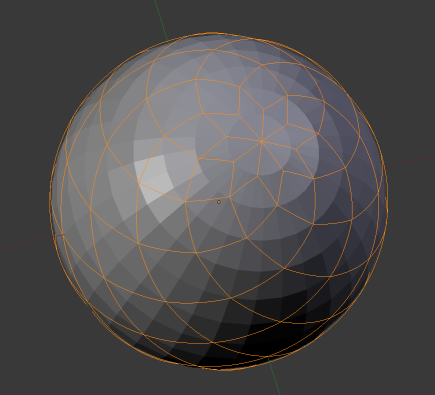 gah, was going to post how I do it. basically just the default cube, subdivide and alt+shift+s to make it spherical.
then you unwrap it like a tennis ball. left with a very small UV Map of two pieces.

how does that UV Map look?

So I couldn’t leave this alone.
not sure how Unibrow1994 did his, but I got it by starting with a basic UV sphere make sure you have equal segments and rings then select every other ring and rotate them half the angle of the segments ((# of segments)\360)\2. Convert to triangles (Crtl + t) and then reconvert them to quads (Alt + j) only rotated 45 degrees from before. For speed just do half a full edge loop and then delete all but that, and duplicate and rotate that (the angle you had before you divided by two) to make the full sphere; remove doubles and you’re done.

Example: the middle ball below has 8 rings and 8 segments, that means every other ring is rotated 22.5 degrees, because each ring is 45 degrees off of the next. the one on the right has 16x16 so the number is 11.25. you get the idea.

It’s neat topology if nothing else. 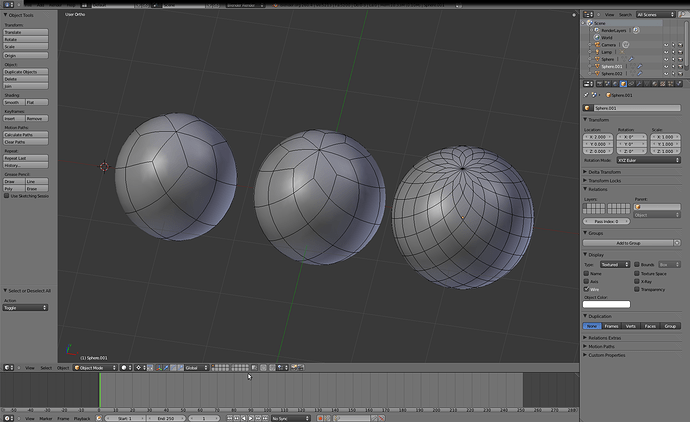 Unibrow 1994, I constructed an all Quad sphere and I call it UV4s … no triangles. 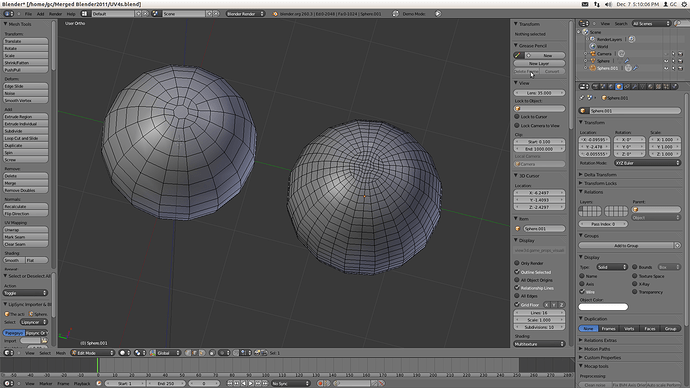 This one is built from the regular UV sphere. I found it necessary to make good Glass balls ad such in Cycles. Joe1

This gives you a high-order pole; is that a good idea?