I want to make a sphere out of flat cylinders. This is the best result I have so far, but it’s still not perfect: 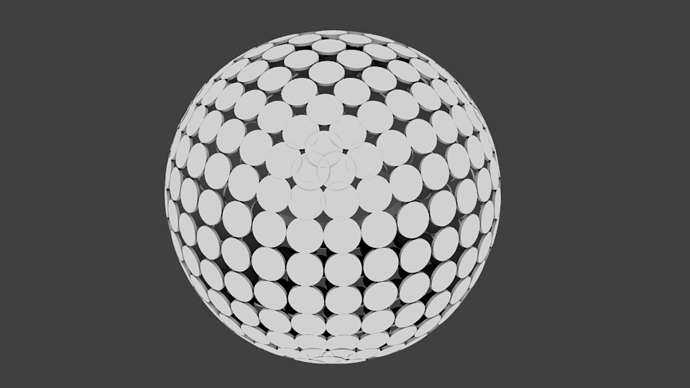 It’s a cube with applied sudivision-modifier and dupliverts (face)

Is there any better solution with consistently distances? Maybe this won’t work mathematically at all…

A subdivided cube does not give a sphere. You can make it one by adding a Cast modifier set to Sphere with a factor of 1 if you want to keep your modifiers or use Shift+Alt+S / 1 to make a sphere for an actual mesh object. You could also use an icosphere for a different layout 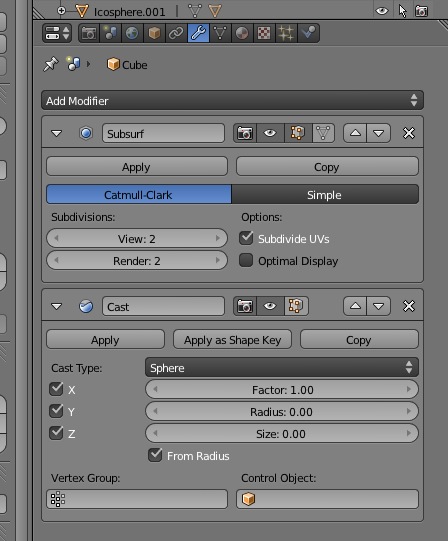 An icosphere could work but there is a definite pattern.

I think icosphere is the right way to go

I tried two icospheres - one that dupliverts faces and the other one vertices. Positions are great yet, but I can’t rotate the vertice-based dupliverts in a way that fits, no matter what rotation I enter for the flat cylinder - that’s not what I want: 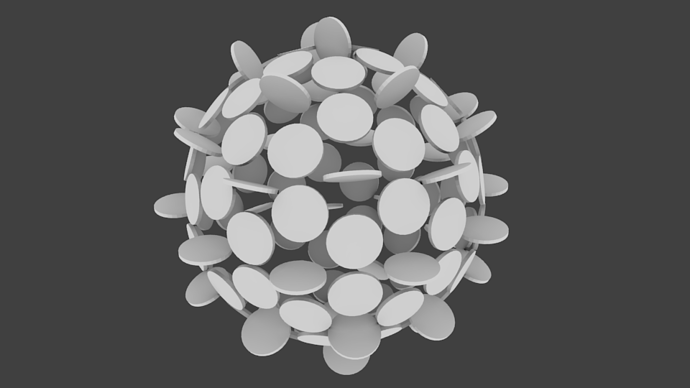 Another idea would be to convert each point into a little n-gon. Then I wouldn’t have to care about rotation problems. Is there a tool for that?

That’s what I mean - the vertex in the middle would then disappear so I have only one n-gon for each point where I can place my duplivert on: 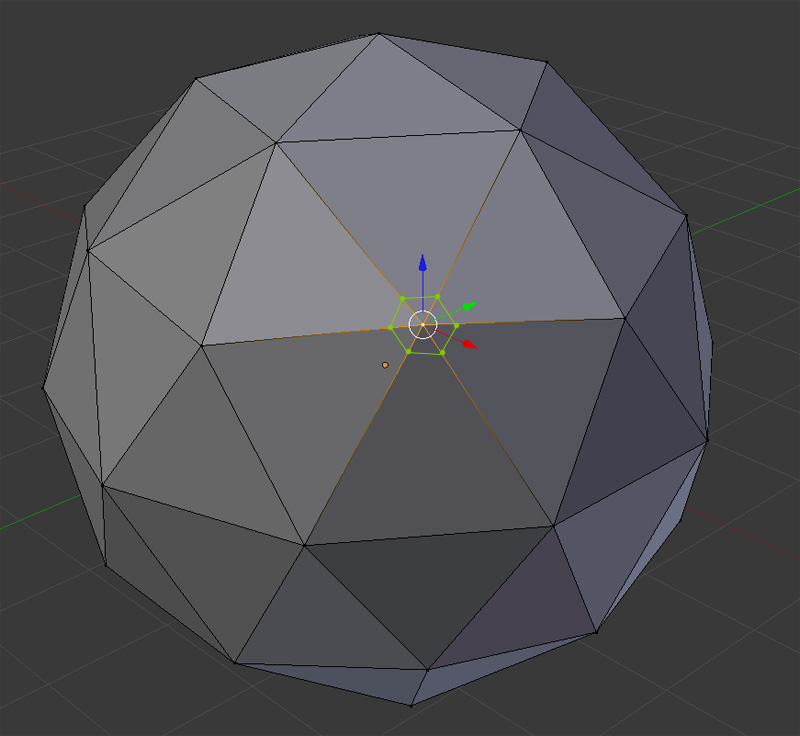 Just drew over in photoshop quickly…

Is there any better solution with consistently distances? Maybe this won’t work mathematically at all…

As some other people have mentioned an icosphere is the solution to an approximated sphere that has equally spaced vertices. I’ve done some work with ray-casting and one of the main reasons icospheres were researched was for the even spacing.

Thanks, I found out. Did you read my latest post? There are some additional challenges now

Thanks, I found out. Did you read my latest post? There are some additional challenges now

Ah, I did not see that one. I have never done anything with dupliverts so can’t be of much help.

You might also try using a PolySphere, which is included with the Extra Object Addon. It looks spheric without the subsurf and smooth shading.

And then add a PolySphere via:
View 3D > Add > Mesh > Extra Objects > PolySphere