I finally had a chance to finish the Stage Hands image and update it’s website. Here’s the final, final …final version (you know wut i mean) 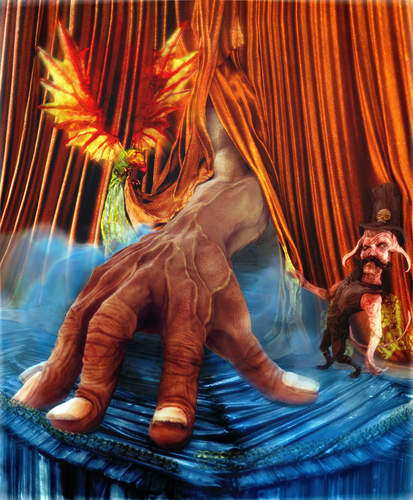 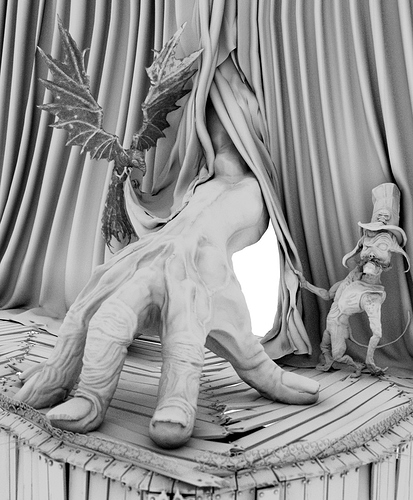 i decided to remove alot of post-pro from the final render, so it looks a little cleaner.

the geometry is decimated for realtime viewport usage. of course this is not intended to be animated (well not in this version anyway). 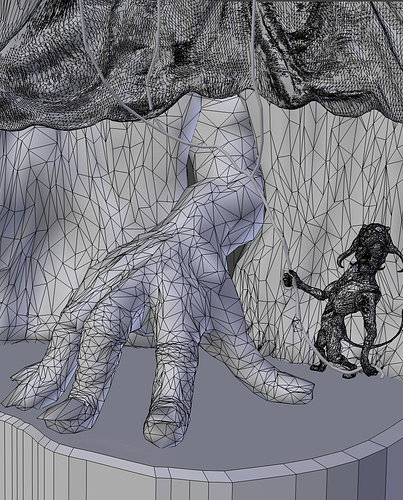 and for the final render i link the decimated geometry to the high res sculpts, with a shrinkwrap and multires modifier to subdivide the low res models at rendertime. i find using normal maps don’t produce the kind of quality that i like, and this method is more intensive but still not anywhere as serious as using a high res model in the viewport, plus there’s the added bonus of being able to control how much subdividing occurs with multires.
in an experiment i did here which demonstrates comparing the render time of the above noted method with rendering using normals vs rendering high res geometry and the render times were surprisingly not as high as expected for example rendering with shrinkwrap method was about 5 mins (and better quality than normal map method which was only ~1 minutes quicker) compared to the same rendering with high res sculpt being 30 mins (all blender internal).

here are some close up WIPs

the curtains are a cloth simulation, that is then collapsed to standard geometry so that they can be further sculpted.
the smoke is a composite of multiple frames from a simulation, this is so that i could add different colors to the smoke without having to isolate areas with random selections (if u know wut i mean?)

and of course all the assets are available CC0 from here 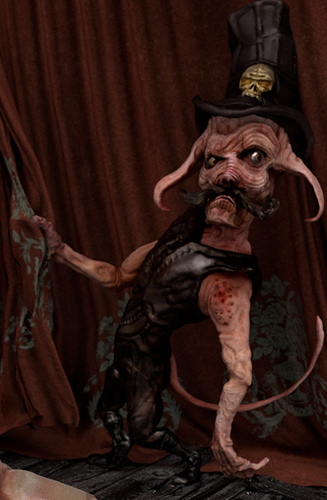 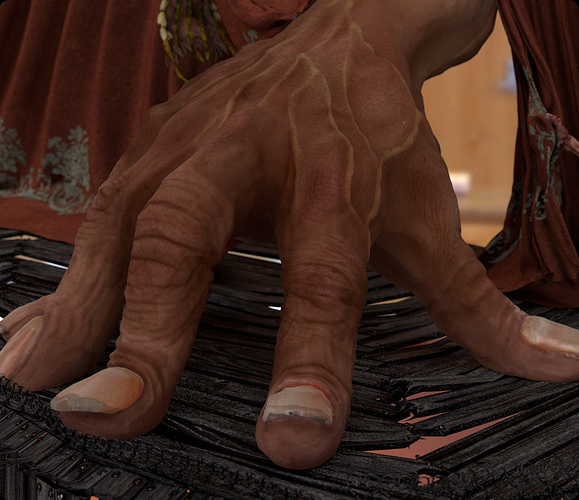 This is an amazing image (in a weird sort of way ;))

This is great work… congratulations!

This is all kinds of cool. :yes:

This is really awesome. Well done piece, the finger nails creep me out. The whole thing kind of reminds me of the hand from super smash brothers.

thank u all for the kind remarks.
this image is a sss pass test for the giant’s hand. 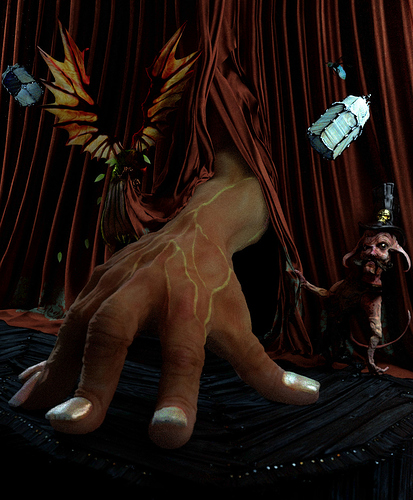 the composite (including background and other elements) was a part of the test and the render samples were also quite low (with it being a test render). here’s what the material node network looked like for the giant hand 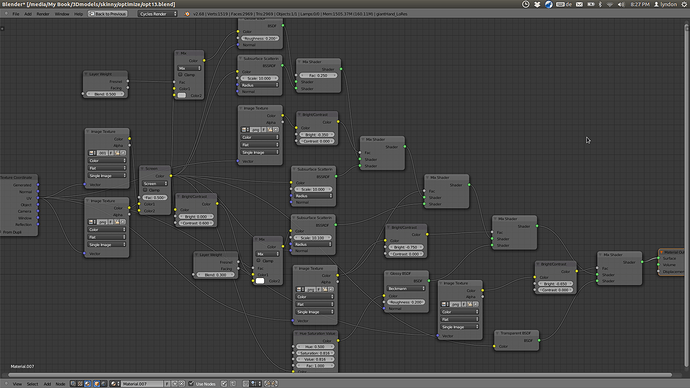 if u are able to follow the connections you’ll notice it’s not a particularly complicated mnn, but it gets the job done nonetheless. it’s comprised mainly of masks to isolate certain areas which have different shading properties for example a mask is used to separate the skin from the nails (so one can have epidermal qualities and another glossy properties), and another is used to separate the tips of the nails so that they can have some transparency. various other masks separate the veins, sub-dermal and epidermal skin layers. i really like this approach to building a material’s nn mainly because of the ability to blend outputs (multiply, add etc)
lyndon (lyndon) April 25, 2018, 3:30pm #8

thank u all for the kind remarks.
here is a sss pass test that u might find interesting
[ATTACH=CONFIG]270780[/ATTACH]
and the material node network for the giant hand
[ATTACH=CONFIG]270783[/ATTACH]
if u can follow the connections you’ll notice it quite a simple setup that uses masks to isolate certain parts of the model and blend shader nodes to composite the parts back together.