I’m pretty much done so this is a release for you all. Use it as you see fit. It’s a astronomy-accurate star globe with star placements to a precision to 4 decimals places. It’s based on the 2000 epoch. One layer is for stars, one is the coordinate grid for right ascension by degrees, and the last is the constellation borders.

The stars uses Icospheres with a diameter based on magnitude down to 5.5. This data was taken from the Yale Database. The constellation borders were adjusted for the Earth’s precession.

I’m using this data to make a physical star globe and needed to import it into Blender for projection. Feel free to do what you want with it.

Opening the file in bender has you pointing at 0 hours by 0 degrees inside the globe, you can see Orion to your slight right. 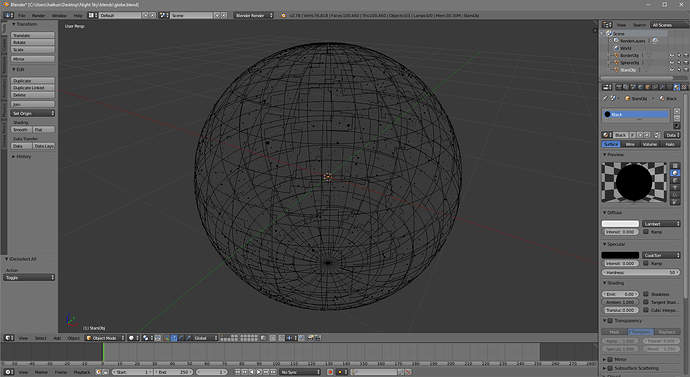