Howdy, I realize this is basically the final boss for smoke sim fodder, but I’ve been beating my head against replicating the exhaust from a steam locomotive for a while now and I just can’t get the result I want, and I was hoping someone could help me. 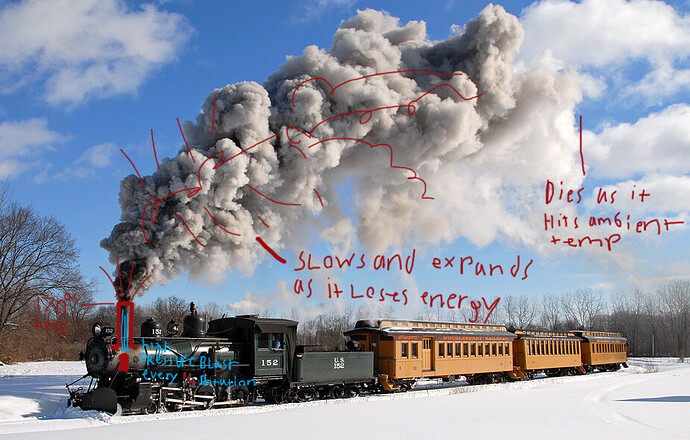 Basically this is the effect I want. The main trouble is that I can’t get it to move very quickly out of the stack and then come to a dead stop and hangs in the air while rapidly expanding. It should be moving at about 750 fp/s out of the stack but the sim really doesn’t like fast moving gas. And I can’t just adjust the time scale as it has to hang naturally after the initial burst.

I’m using the wind field and keyed emission to emulate the exhaust beat with a noise sine at roughly the right rate (8 times a second), but it has the effect of causing the smoke to just explode into a big ball. I gave it a stack shaped collider to use but it doesn’t seem to help in the slightest. 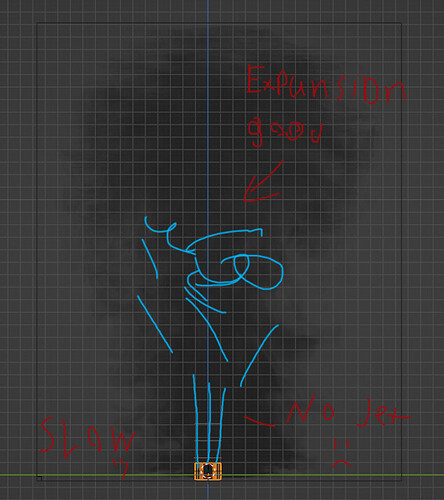 Doesn’t help that the units in the settings are arbitrary. I know roughly the values that the gas should be under these conditions but it annoyingly doesn’t translate at all.

I can’t even get the flow rate to a sufficient value to emulate the sheer amount of flow, let alone accurate behaviour. If I crank the values or substeps up to any significant degree it takes ages to render 15 frames and it still breaks. And my hardware is an 8 core, 64 gb of ram with a 3070 so my computer is no lightweight either.

If someone could have a look and tell me what I’m doing wrong I would really appreciate it.