I don’t see a lot of discussion of composition on BA and it’s one of my main interests, so I thought I’d see if anyone else is interested in exploring this subject. A favourite reference of mine is Composition of Outdoor Painting by Edgar Payne, where he describes several compositional schemas. One of these he calls the steelyard, where a large visual mass close to a pivot (fulcrum) is balanced by a smaller mass further from the fulcrum, as in the following image. 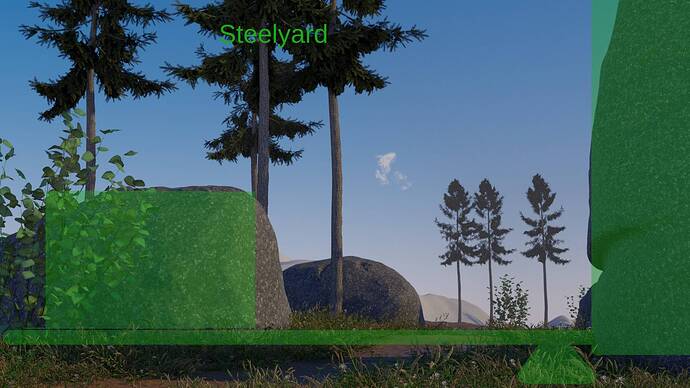 So, is anyone interested in posting an image they have (or will create) using this scheme? No prizes I’m afraid, and I’m certainly not qualified to judge anything. Here’s my attempt, an old image reshot to use this compositional scheme. 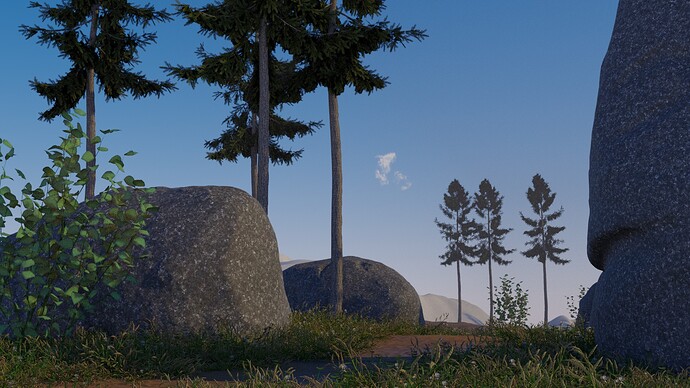 While on the subject of composition, the above image demonstrates the principle of big, medium, small, with the three rocks (and also the plants). This is generally considered a good thing. In fact I made sure the centre rock was considerably smaller than the left hand one. In my original scene they were about the same size.