Although this still needs some work I’m done with it for a while.
So I thought I’d post it in finished projects. I used Terragen and Ter2blend for the mountain and terrain, and a picture I took of some grass for the grass texture which I’m not completely happy with. Overall I think it needs some Improvements, but as I said I’ve had enough of this project for the time being. Maybe I’ll come back to it when I’ve learnt more about Blender. So anyway, here it is. After posting this I realised I should have put it in the WIP section. sorry guys, I will next time. 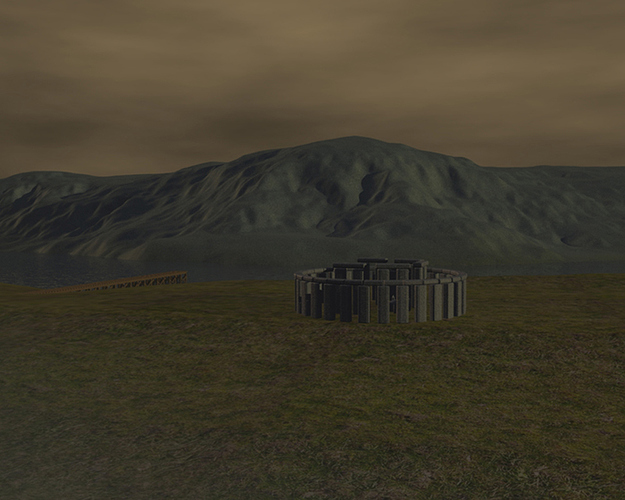 You should make it a little brighter and with some more contrast. Nice modeling though.

I agree with Pash. Load it up in the compositor and try to tweak it a bit. Note that the CVS version has nice Brightness\Contrast and Gamma nodes that may be handy although you can do a lot with the nodes provided with 2.43.

Thanks for the tips.
I haven’t used the compositor or nodes yet. But this gives me a reason to.
I’ll do some reading and see if I can figure it out. I’ll probably post the result in the WIP section. Might be a while though, as I’m quit busy for the next few days. Thanks again.