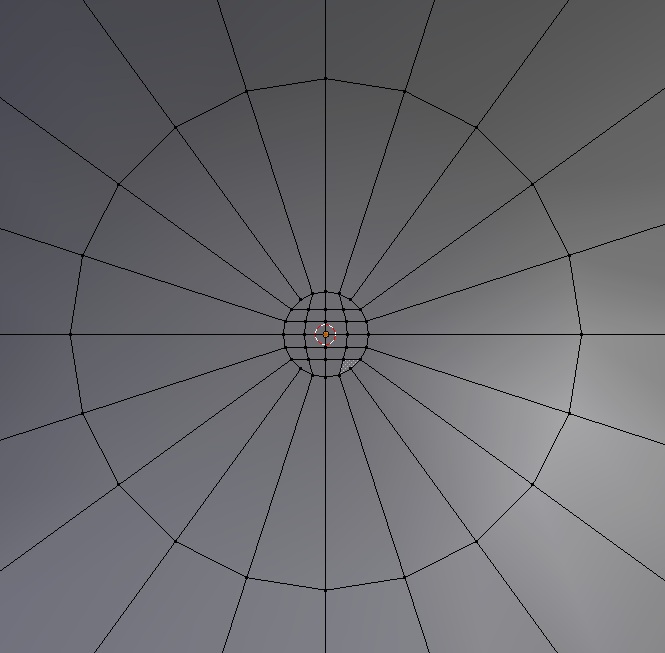 If you model the inside something like in this picture, instead of using triangles, it should fix the problem

What you’re encountering is the behavior of the subsurf modifier on triangles; The subsurf modifier breaks quads down into four smaller quads, which is great, but on triangles, rather than breaking the triangle into four smaller triangles (as you might expect) it actually breaks it down into three quads. On low subdivision levels, this isn’t too bad, but with higher subdivision levels and smoothing on, you tend to get some very weird skewed quad layouts, which is effectively what you’re seeing here. If you want to truly understand what’s going on in your mesh, try applying the subsurf modifier and looking at the vertices and edges up close.

If it’s any consolation, don’t feel bad; This bites everybody in the ass when they start out. It’s also one of the reasons why people tend to recommend staying away from triangles when modeling and sticking to quads.

“you tend to get some very weird skewed quad layouts”

Especially when those triangles come to a point out of plane. To fix it, all you need to do is to flatten the central meshes by adding a small loop cut.

If you model the inside something like in this picture, instead of using triangles, it should fix the problem

whenever I tried to manuelly make these faces the model and those creases became incredibly amazingly terrible, I recreated that pattern exactly none the less, but it didn’t do much, thanks for the response tho