I’m having a strange annoyance with the new RC 2.67 version of Blender. Regardless of which rendering engine I use (Blender internal or Cycles) when whatever I’m rendering finishes, the render screen defaults to this strange, almost inverted looking color (see attachment). I can save the image and it looks ok, but I have to save and open it to see what the final render looks like.

There is an “Invert” option on the Image menu, but the options are greyed out. This is a clean install of 2.67 on a newly installed system, so I don’t think any settings were inherited from anywhere. 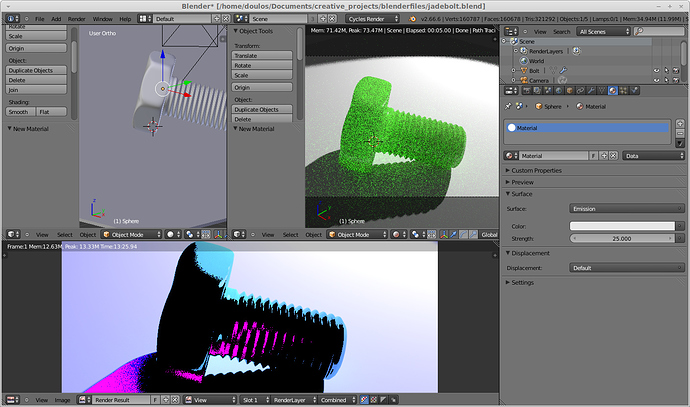 Blend file and any necessary textures ?

You don’t have the image set to invert do you?

No, as I said the options for inverting the image are greyed out. If I save the image, it looks fine, so this seems only related to the preview and is more of an annoyance. The inversion only happens at the very end of the rendering. I can include the Blender file but I don’t think it will matter. It happens on a new scene with the default cube. I’ve even wiped the blender folder and re-downloaded it. I’ve also been unable to reproduce it on my laptop, which probably points to some hardware difference causing the issue.