i have a fully finished model that has several edge splits (custom split normals data) so adding a subsuf modifier will create a lot of holes in the mesh.
what is the best way of fixing the subsurf modifier behaviour in an semi automated way?

i tryed removing the doubles and using mark sharp and edge crease on this edges instead but its just too much work. is there a script or something that does that to everything that is affected by remove doubles? 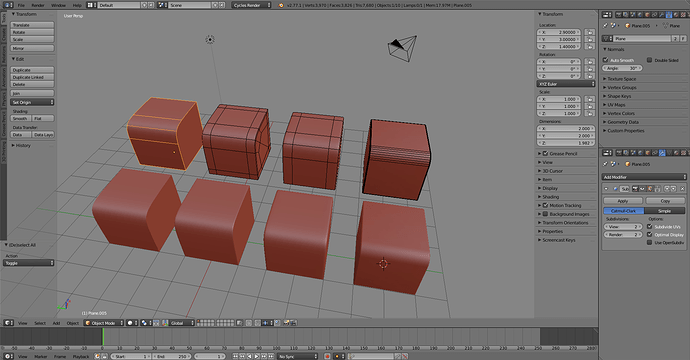 Original object had negative scale so applied that. None have split edges. Removing doubles and making normals consistent can be done on multiple objects with a few lines of python. Or if the object level information is not important, could join multiple objects into one and separate after doing those operations.

the creasing is perfect since it does not alter the geometry except for removing the doubles. i asked for a semi automated way because i tryed doing it by hand and it takes forever. with the sample i showed it can be done but on multiple complex models it just takes forever.

take this foot of an actual model for example: sharp_test_complex.blend (486 KB)

ok using data transfer im able to move the normals to the model where i removed the doubles. however it only work using Topology and remove doubles messes it up on most models (Error: Source and Destination Meshes do not have the same amount of face corners, “Topology” mapping cannot be used in this case)
also even if the transfer works im still missing the edge creases 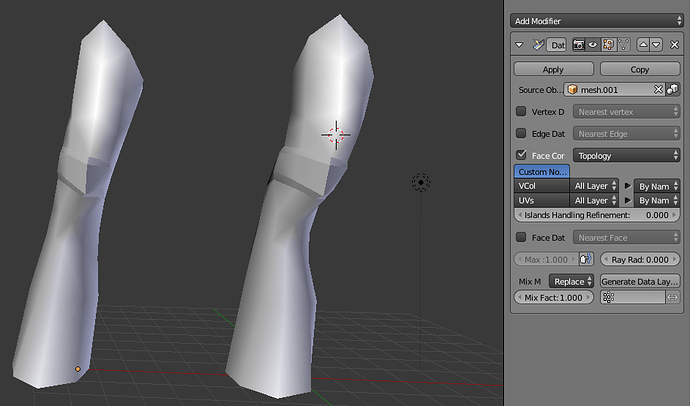