Hi,
since I just finished the mod which adds SVD Dragunov into the Fallout New Vegas, I thought that I share with you some simple renders of the finished game model (rendered in blender of course).

Some info:
The model have, depending on the configuration (scope, suppressor, alt. stock) 14k -17k tris.Diffuse, normal and specular maps applied. Scopes have 2048px maps, gun itself has two 2048px maps and two 1024px maps, and the magazine has 1024px map.

Render setting:
is simple in blender internal renderer. There is just the gun with its textures, one key light from left (lightly yellow area light), two hemi lights as back light (slightly blue and white). Ambient occlusion set to multiply (1 strength) and environment set to sky color (0.5 strength). The background and text is added in Gimp. That is all. 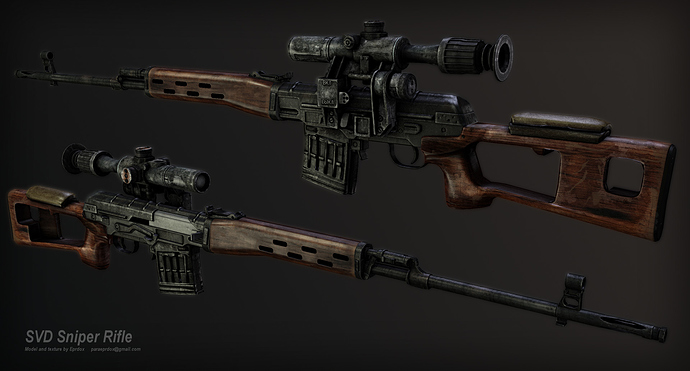 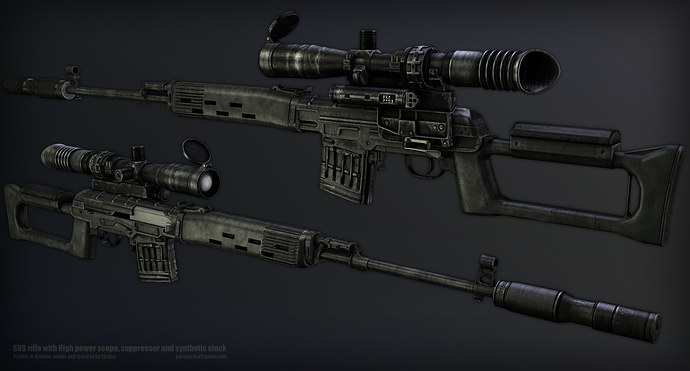 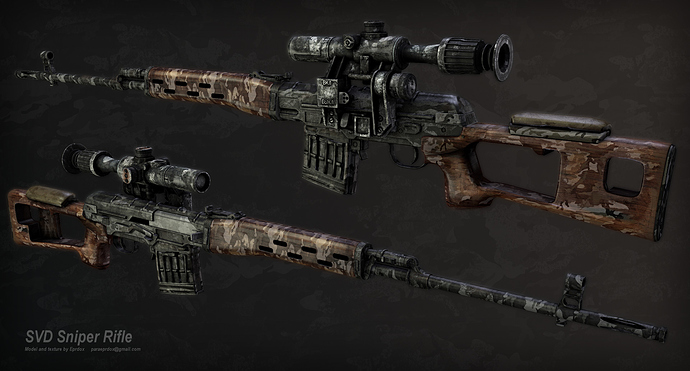 And if you are interested, here is the link to the mod http://newvegas.nexusmods.com/mods/49378

very nice! makes me want to revisit new vegas with one of my favorite weapons. Nice execution and rendering.

The gun looks amazingly well and is very detailed.I like it.:yes:

This is very well done! Almost makes me want to redo the AUG I made a while back.