Tell Us About Yourself

I thought this was a lot of fun, took a free personality test to learn a bit about my dominant personality type. Apparently I’m a personality type 5, “The Investigator,” joined by the likes of Albert Einstein, Steven Hawking and the television character Fox Moulder. At my best I may make ground breaking discoveries and see the world in an entirely new way, but have a tendency to get lost in my own imagination.

You can see the whole description of my personality type here: http://www.enneagraminstitute.com/typeFive.asp#.U7E_lIaYNok

That’s quite neat. I am a fan of personality tests too. I think it can tell a person a lot about themselves, but I also know that the mood at the time of the test also plays a major factor, and the test scores can change slightly over time. 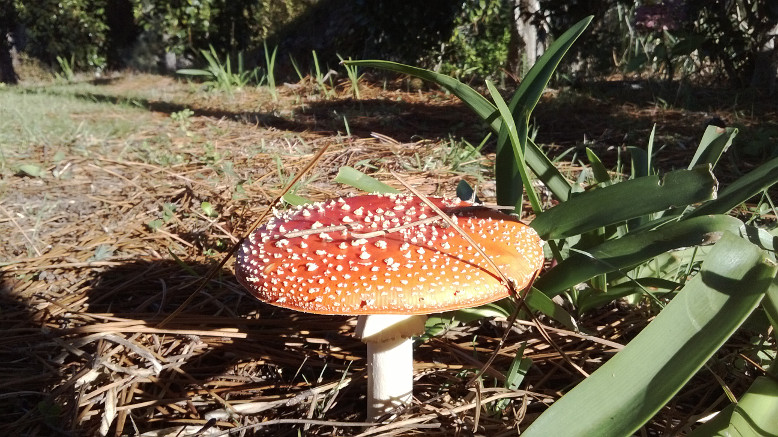 is the mushroom part of the test?

Done the Test: http://www.enneagraminstitute.com/typeTwo.asp#.U7GvifldV8E
(I have done better tests, only 2 options makes it too limited, in some of them I would do neither of the options.)

Although this can’t be far of, it tell’s me I’m a great guy.

Although this can’t be far of, it tell’s me I’m a great guy.

Heh, yeah mine tells me I could be a ground breaking philosopher or scientist, but there are positive and negative sides to each personality type and most people, I think, are a combination of types. For instance the type 5 at their healthiest levels can make ground breaking discoveries while at their unhealthiest may be prone to psychotic outbursts and schizotypo personality disorders.

My girlfriend was scored a type 3. While the type 5 tends to be philosophers and scientists the type 3 tends to be celebrities and politicians. At their healthiest they strive to achieve success in whatever area they were taught to believe meant success while at their unhealthiest they become deceptive, vindictive, delusionally jealous and may resort to psychopathic murder. They are prone to narcissistic personality disorders, lacking empathy and essentially believing the world to revolve around themselves while others merely exist to serve them and their goals.

The type 3 feeds on attention and at their unhealthiest will do ‘whatever it takes’ to get it. kinda scary actually.

P.S. Kinda funny the type 3 is prone to worrying about what people think about them, when my girlfriend read this post she admitted to me that it worried her what people might think of her based upon this personality test. I’m sure most people spend some time in the healthy levels and dip into the unhealthy levels from time to time. Some dip more than others of course, probably depends on their stress levels and/or level of happiness.

I am also a 5, on another test they call us “the dreaming professor”.

Or strength is our creativity, and curiosity,
Our weakness is our tendency for anxiety and sensitivity.

People with this personality type may also find it quite difficult to explain their thoughts to others, even when it becomes obvious that their theories are not easily graspable. INTPs may also move on to another topic before their coworkers or partners have figured out what the INTP wanted to say.

If that personality test thing is like most out there, chances are it’s not something based on real psychological studies and instead just sorts people into one of a set number of boxes that are supposed to tell them who they are.

It’s a lot like those internet IQ tests that give out high scores like candy, you shouldn’t end up thinking that such tests are highly accurate in potentially telling you who you are and what you didn’t know about yourself.

Have you met me?

I think if I posted the result anyone who ever met me ever, would say out of all 16 that is me,

I would agree that you wouldn’t want to use personality typing as a means to tell you who you are, but I think they can be useful, in at least some cases, as a means to say “if you feel that this describes you well then here are a few pitfalls you might want to look out for.”

Like Blue Print Random the type 5 seems to describe me quite well. For the most part it’s only telling me things I already knew about myself, but I find the ‘unhealthy’ end of the personality type very interesting because it points out negative aspects that this personality may be prone to and I believe that can help me notice when I dip into the unhealthy realm so I can be better able to avoid those pitfalls.

The test itself makes things easy, but probably isn’t always terribly accurate for everyone. One thing a person could do is forgo the test, read about all types and decide for themselves which, if any, type best fits them, then read about it to gain some insight especially on the negative side so people can catch themselves and hopefully prevent themselves from falling into bad habits.

For instance some types are prone to falling into manipulative or otherwise hurtful behavior, but finding reasons to justify this behavior so they don’t feel guilty. If you know that about yourself then in the process of looking for a reason to justify you might realize what you’re doing and decide there really is no justification and instead forgo the hurtful behavior.

I think that most people don’t want to be mean or hurtful and just don’t realize when they’re doing hurtful things, a personality type I think is one tool that can help people notice when they’re dipping into negative territory so they can better avoid that behavior. No one is perfect, we all make mistakes, but armed with the right knowledge we can strengthen our ability to be the good person we really want to be.

P.S. The type 3 does seem to describe my girlfriend pretty well too, she was a dance major in college. I think she, like most, tends to stay in the average to healthy realms most of the time, but like anyone else we all have our good days and bad days.