Temporal Denoising with the SID addon

Temporal Denoising is when the denoiser takes the previous and next frames into consideration, to create a more consistant denoising result.

With SID you only have to press a few buttons and you are already good to go!

its free so you can try it out https://gumroad.com/l/SuperImageDenoiser

Its also far superior to any other denoiser available for blender, being way more precise when denoising! 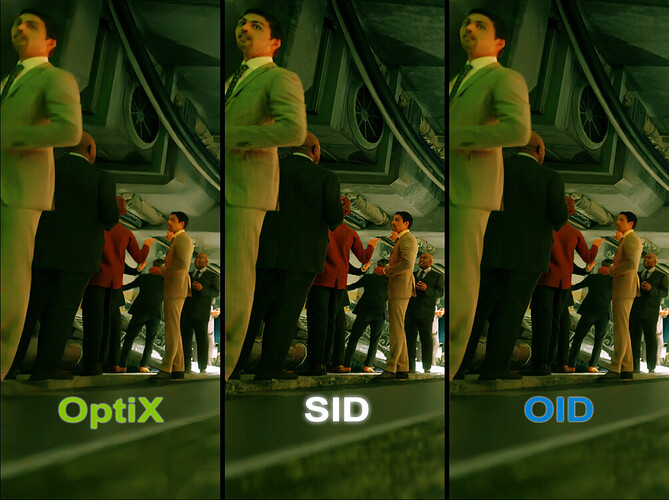 I always use it for my renderings in Cycles. Super!

E-cycles uses persistent data, which is a godsend to save render time in animations.

Does SID have something similar?

SID on high is the same as e-cycles
SID on super is even better than that!
Edit:
In fact, whatever you hear them claim to use, it’s mostly marketing bs, because just like SID they are a multipass denoiser. They, just like SID, use the current rendered frames passes and info to denoise, nothing more, nothing less.

Believe it or not though, there is a market for pre-built compositor and rendering setups repackaged as an addon (where the nodes and such are in the background and are not actually seen in the compositing window and other places).

The guy behind SID at least is generous enough to give his addon for free, though it does not make E-Cycles useless as it gives more than just multipass denoising.

To note, this type of thing is not limited to rendering, but people see value since it takes a complex setup and makes it simple (because it does all of the hard work for you). Hard-Ops for instance technically has a bit of automated modifier generation and operator chaining under the hood, you can do it all yourself, but the complexity of recreating its demos otherwise is what creates value.

E-cycles sells the ai denoiser seperately for 40 dollars, that’s what I mean when mentioning it

Thanks for the reply! I’ll be trying your SID!

Hey there Mate, thanks for sharing, does it works against flickering in cycles? I’ll test it out as soon as I can. If it does what It says I’ll be honoured to buy you a beer.
I love how fierce you are against paid rivalry

Hi,
So we’ve done lots of testing, and SID on high produces better results than temporal.
in addition to being easier to use and more versatile.
3.0 will no longer have the NLM denoising, with that no temporal denoiser is possible.