text and shapes following a curve

I have pushed every button i can find!
but it just wont follow the path
i need it all to stay ‘upright’ while following the path
what do i do?
thanks all

PS also i need them to go from the right of the screen to the left.

You need to apply Curve modifier on the text as shown here.

By the way guys, modifier name is misspelled in blender. It reads “urve!”

i still use 2.49b
curve modifier does not help

…By the way guys, modifier name is misspelled in blender. It reads “urve!”

Expand the panel more and the C will show up. Field is too small for the entire word.

well i got the text on a curve - so far without the modifier.
how do i make it move along the curve snakelike i.e. the text follows the path
thanks

Seriously the modifier is the easiest way to do this. All you would do is create the curve, then the text, add the curve modifier to the text and then move the text on the X axis and it will follow perfectly. Not sure about the 2.49 way, but it is so easy it is ridiculous in 2.5x.

how is this done?

Thanks
i added the modifier and when i move the text there is a lot of distortion. maybe cos where the center point is.

we are nearly there - just need a little more help! 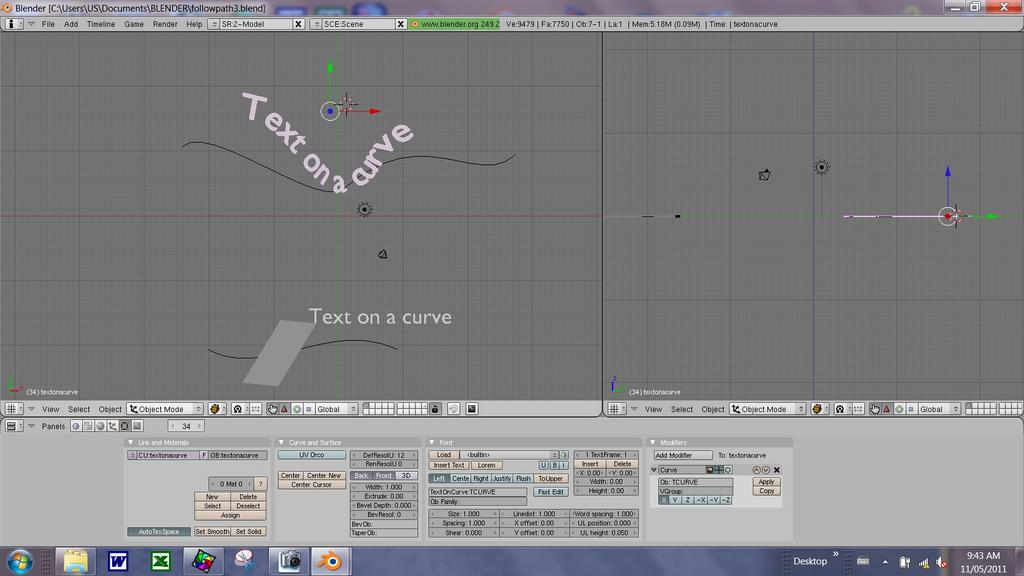 You can change the object center for the text as well. If your curve origin is at the world origin, then the text origin has to share that same origin point. In your file, they do not, that’s why you are getting the distortion that you are seeing. Any offset from each objects’ origin creates a different result, that’s because the deformation is calculated from the objects’ origin point rather than the object its self.

To prove the point do this:

Again, the important thing is that the objects’ origins occupy the same space at the beginning.

thanks
but i guess i did not understand.
see attached
i used N transform properties to set the text and curve to 0,0,0
did not seem to work!

The problem is that you are pre-bending the text. Just leave it straight like this file…

This is your file with the original text deleted and new text added in a straight line and the curve modifier added to it.

thanks - i did not pre-bend the text - don’t know how!

well i got it into 2.49B and it works great.
i need something behind the text to make it clearer, so i put in a long block and subdivided it many times smoothed and subsurfed it so it would bend nicely. it seems to be on its own schedule! it starts and ends with the text - in between well it leads and follows!
they start of with the The and the block together
is there another way to put something behind the text?
thanks 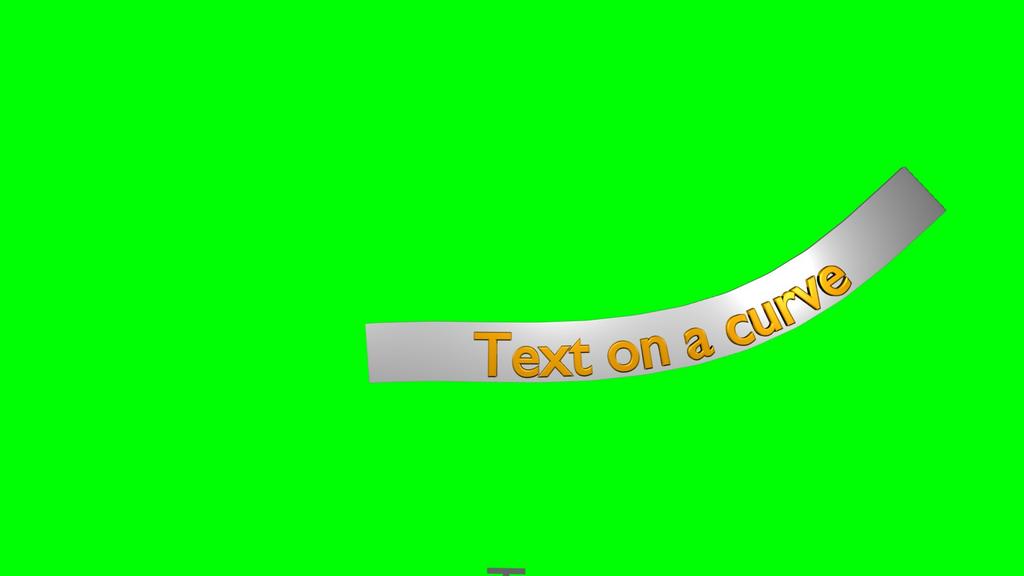