Texture broken until exported from blender and reimported

I have a model that I downloaded with textures. All the textures were fine except for the face. For some reason, it was way too red. However, when I tried exporting the texture, opening it in Photoshop, saving it, and then opening the new image in Blender, it worked perfectly. How does exporting a texture and then reimporting it into Blender fix things? I’d think that if Blender knows how to export a texture properly, it would also know how to display it. It’s not the end of the world, since I know how to fix the problem now, but I’d be curious to know how this happens. 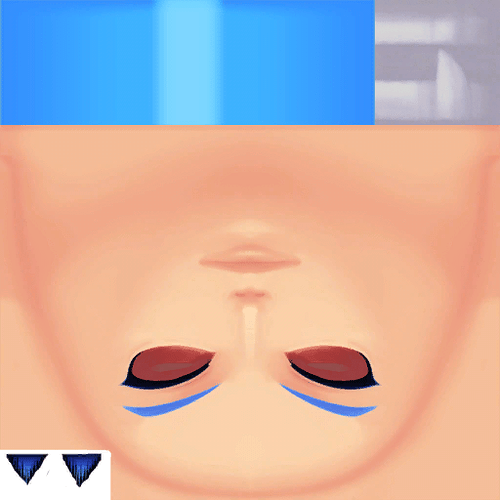 How it originally looked in Blender: 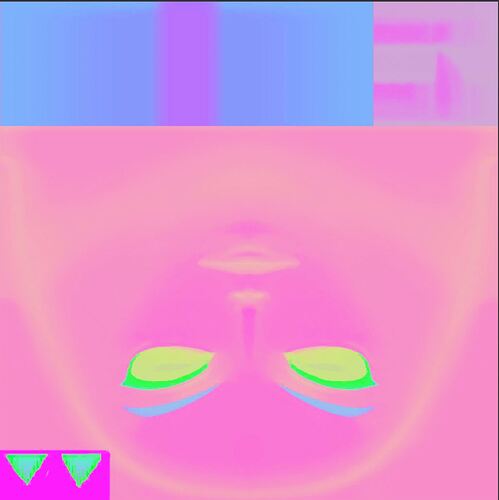 Since this was bought of course you cannot simply post the original image here but maybe tell something about the format, colorspace. (since PS imported it after export it was different so it changed something) You also said:

All the textures were fine except for the face. For some reason, it was way too red.

In the image viewer only or also at render time? Maybe it’s just an unuasual color profile which simply isn’t recognized by the blender ?

The original file was a VTF file from source engine. I have an addon that imports those kinds of files. It often has errors, but usually they involve their custom shader, not the texture files themselves. The image looks the same when rendered. When I export it from blender, it’s converted into a PNG. If I import the PNG I just exported, it still has the same problem. But, if I open it in Photoshop, export it as a PNG, and then open that png in Blender, it works fine. Very strange. It’s possible Photoshop might have changed it, but I have no idea how, since I made no edits.

So you are using the Valve Texture Format which is NOT supported directly in blender but with a addon… so maybe the addon has pronlems with this file (or maybe eveb this file is somehow corupted). Why don’t you say this in your title (maybe also mentioning the Addon name)? Your title is somewhat missleading.

I’m not sure why it matters how a file was corrupted. If we’re assuming that’s the case, how would this happen with ANY kind of corrupted file? It was a PNG after I exported it from Blender, so why did it still have the same issue and the exact same fix if it was an issue with VTX files specifically? How can a corrupted file be exported, look perfectly fine in any program that displays that image type, be exported from photoshop without any edits, then be imported into Blender and work fine? It’s a mystery to me. There has to be something different about those programs than Blender or they wouldn’t be able to display the file any better, but what exactly is that difference? It’s not the end of the world if you don’t know the answer, but I’d be curious if there’s anybody who does.

Because maybe PS has some extra features to load files which maybe not correctly coded and can detect for example some unwanted extra bytes and maybe just ignore them. While blender sticks to the standard and for example shift some bits so it got red… This happens all the time if some code is human readable (text)… if there is an error maybe any compiler/interpreter stops somewhere (or not). You can’t for example say my html code is correct just because some browser shows it as you think it should be shown… ther are standard… For example the comments in a jpg image are just bytes after the image encoding – which are don’t not mentioned in the first jpg standard (and aren’t in later i believe).

That would mean that Blender is pretty much the only program I have that’s so picky about this standard formatting that it won’t display my non standard file properly. However, it WILL export non-standard files exactly as they are. Photoshop is exactly the opposite. I guess I can see how that might happen, but it’s kind of funny. I definitely like the way Photoshop does it better, if that’s the case.