So im still looking for the best way to aproach texturing terrains and such. As you can see in the image bellow the quality of the textures is very poor, when zoomed in the textures look stretched and with a very poor quality. 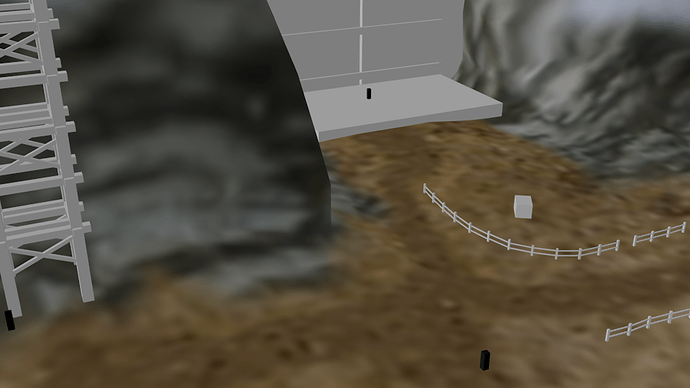 My method of texturing is I use project paint and just aply different textures on top of a stencil layer.

My question is how and what needs to be done in order to improve the quality when using this method or any good tips in general? What are the most important things I should consider?
-image dimentions
-method of texturing
-image quality and tiling

A thing to consider is that Im trying to make low poly models and terrains 99% of the time.

By example if i paint on a terrain with this texture as the brush (as it’s seamless, it’s great for something like this) : 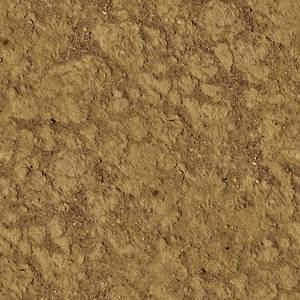 As you can see, for the same exact brush, the result is much much better on the 4096x4096 in which you can actually see some detail from close than while it’s very blurry with the 1024x1024

Unfortunately, painting in Blender with the final texture being 4096x4096 is barely workable (in fact for this one i didn’t painted on the terrain itself, as it was just impossibly slow, but painted on the UV/Image Editor directly, disabling “Project Paint” and enabbling “Fixed Texture” for the brush itself to make it work)

An alternative to painting the terrain is to simply use the base texture and rescale the terrain UV to get bigger than the texture (of course seamless textures should be used in that case so you don’t see bad seams on the terrain) , like this : So you can obtain something that can look nice Without having to go through the difficulty of painting over very large texture size.
But details would then need other textures, you can’t put everything on the same one (or you’ll run then into the same blurry problem unless you use again a giant size of texture)

Good info thanks. So if I got this right its important the dimentions you enter when you unwrap the terrain>>go to UV image editor>> Add image>> set dimentions. Thats ofcourse we are talking about a seamless image Im using.Hmm… I guess will need to play around with it and find good images to use.