Good so far. My only suggestion is to inset the windshield slightly, or something to make it look less like a texture.

Whoa cool! what is it?

I’m pretty sure it’s a monorail or similar train.

looks like somthing from bug world from disney G just me

cant wait to se what the result will be

the nose part dont know… could it be more smouth or is that from the real train? IMO thogh

It’s a TGV (Train à Grande Vitesse in french so in english it could be translated as High Speed Train (?)).

The front of the train is really well done. Kepp goig like this.

In english :Not a bad start but the windshielf is completely in the wrong position (if its the black area on the model) Make it lower and in a more logical position 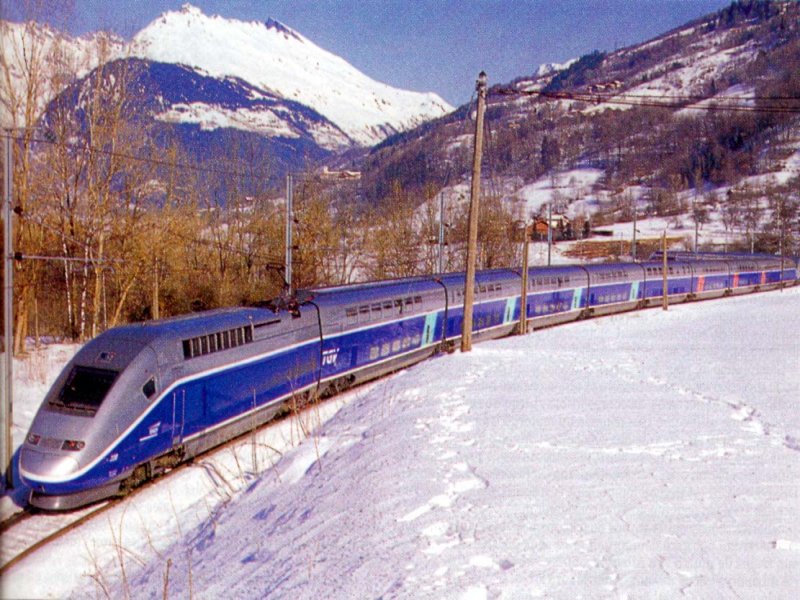 I take the Thalys and TGV between Brussels and Paris from time to time, I cannot help but get that feeling it’s a bit off.
The tip I mean.
Did you model from ref?
I could be wrong about the colors, I don’t know how many models the TGV has, but isn’t the creamy white supposed to be a darker grey?
You could crank up the subdiv for some parts. Separate them and subdiv.
Or if you want it at a whole, I think it’s ALT-R or CTRL or something, which closes the curve a bit more so you can keep low subdiv AND have really tight corners.
Why? Well that ellipsoid you have in the front looks like the groove is too deep, making it look more plastic. Some thing goes for the step to the door.
If I sound too negative I’d say it’s starting to look great…
…but it can improve.
P

that window really puts me off :-? … have a look at those:
3/4 view
side view
front view

also the head-lights look off. the entire thing is very steam-lined. maybe ditching them more ‘inside’?

this is only glassy, second window is inside and it is smaller

i am making train like eurostar , look on its windows. my train will be with some changes, but it’ll like EUROSTAR . I think it will look

i will change lights and materials but later.

i think now is better

It looks like you have a lot of time invested in this model. It’s comming along. But why does it have a mouth?

maybe it want to tell you something

All i can say is that you should make the windshield glass.Not black with a slight reflection.

but then i will need to do something inside train ;/