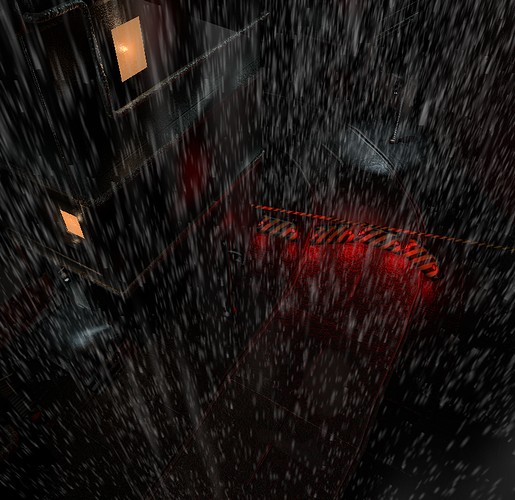 Or check out this gameplay

It’s really great looking, but it runs really slow on my computer (which has a fairly good GPU).

The rain is also not very efficient, instead of using alpha blend with a .png texture, try using just a black and white texture, with very dark whites, and set it to “add” type transparency. That doesn’t need any transparency settings other than that. Additive blending will actually give a better result in this case. 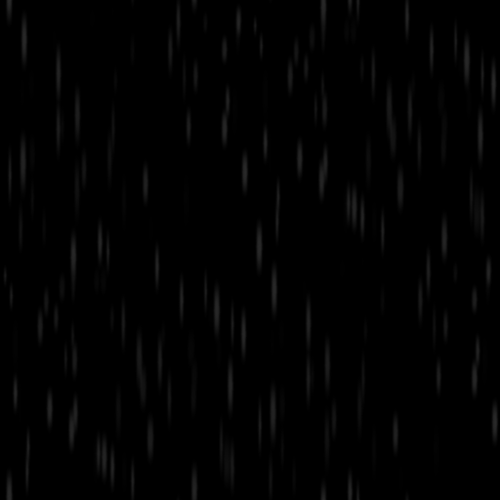 You can also use billboard setting and backface culling for much better performance (instead of having a track to actuator on every rain object).

It would also be a good idea to use less lights…

BTW: I loved the mist, that was a really good idea. It works kind of like an AO filter, but really cheap and efficient.

Also bake normalmaps or generate them in GIMP instead of using the diffuse color as normalmap!

Cool scene, cool demo! Though you might want to make the raindrops look less thick than they’re now. I would believe it were snowflakes…