The Basilica of Maxentius at the time of Piranesi

Hi, I’m going to start a new work: the 3D transposition of a Piranesi print which has as its subject the basilica of Maxentius in Rome!
I’m started to search references to create dimensions and proportion of building.
Then I’ve started to model a base of building and vault with gaps.
With Photoshop I’ve re-created the texture of bricks wall and vault dirt and damaged surface portions using many photographic references.
I hope you like the subject. 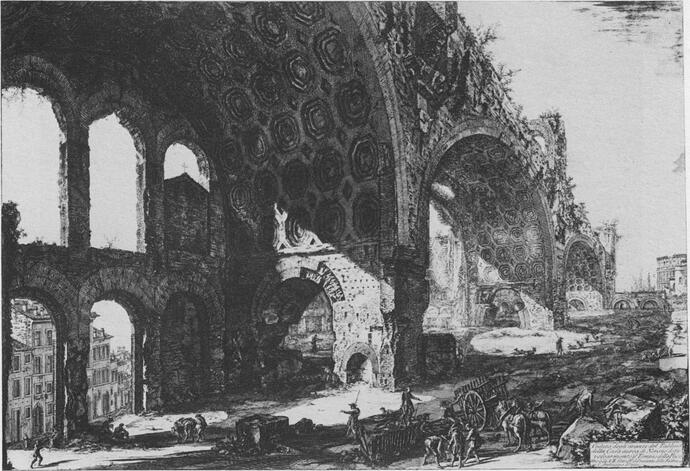 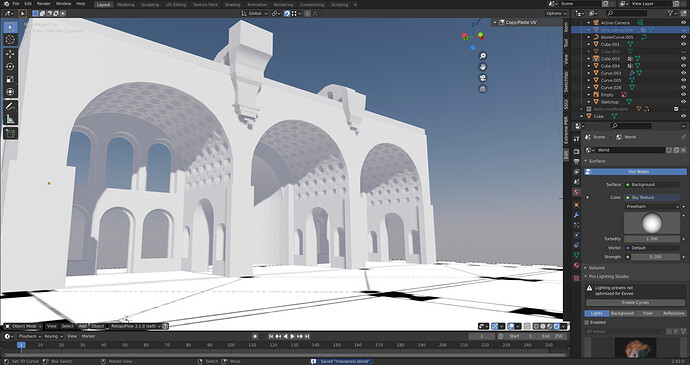 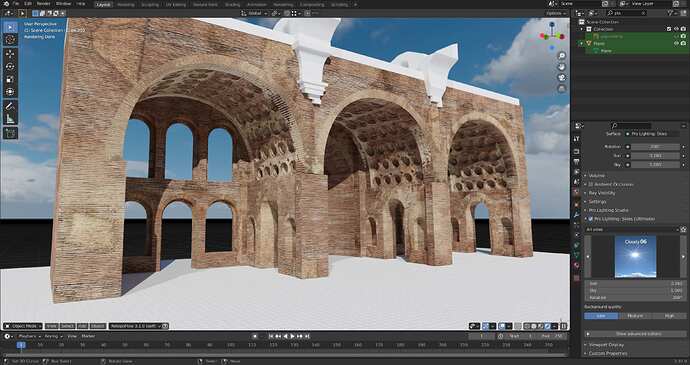 This is going to look awesome!

Hey guys, I’ve been working hard on this update!
I am focused on implementing damage to the structure with the boolean system. Then I’ve worked ad terrain improving texture, normal and node and adding vegetals and trees (some details are to improve).
Another work done was the creation of facades of houses that you see beyond the archways of building: for to make them I’ve imported image as a plain and worked with knife and extrusion, while de Rome skyline I’ve searched a real framing that you see on thath side of the building today again (
it deals with of Santa Francesca Romana’s Church and the Colosseum).
Later I’ve added the characters (to improve). I also added archaeological elements by finding a photoscanned models and retopologization and baking to create a lowpoly models.
Added defocus camera and setting the framing of image similar to that of Piranesi using camera value 20 (also if artist have exasperated the perspective escapes ad drawed some impossible lights).
Now going to improve terrain details, charachters, lights tuning, adding atmosphere and color correction.
Stay tuned This is the end.
Was an hard work but I’m satisfacted