This ring was designed during advanced teaching for a client. The design is based on a photo of a real life design from their catalog, and they needed it to be recreated in 3D. 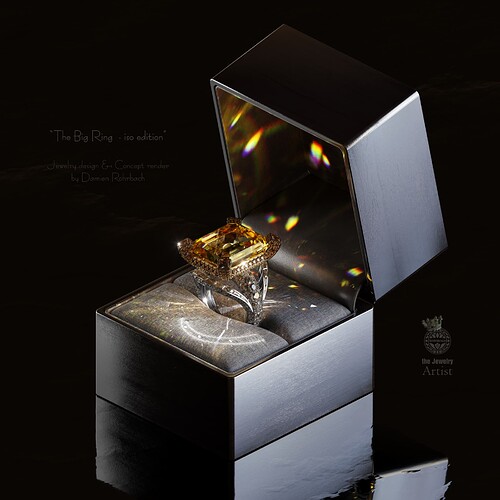 The model was created during a 4 hours class in 3Design, a CAD software for profesional jewelry design. The client did not request a render to be made, but the design deserved at least a try. So I obviously went and downloaded the most recent LUXCORE build. I was most pleased to see that it work wonders in Blender 2.93 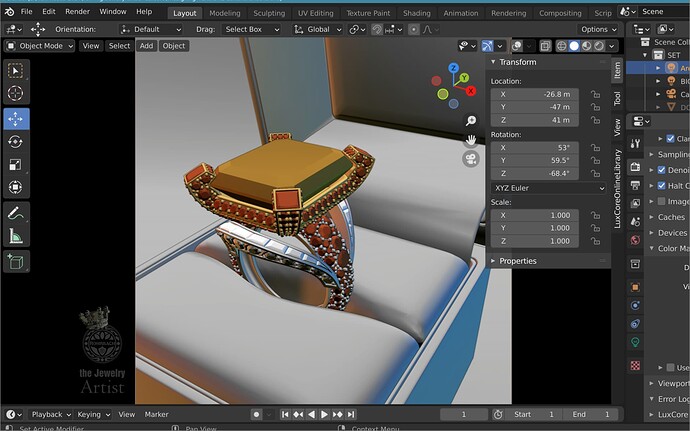 My goal was to achieved a very high quality render for this specifically high jewelry design, and to achieve that render with beautiful caustics (which are seldom seen in real life - you would need by example the direct sunlight to photograph that with gemstones and gold - Oh but when they do, that shine and sparkles are mesmerizing!) and also to make it as an isometric render to give it a special touch of originality and actuality (that was after making the “usual” render, when I realized first that, I had never made an isometric realistic render, and that it would be very interesting to do one for this ring). I hope I have succeded, I don’t know, you will be the judges.

The ring seems to have a chaotic shape, but I am posting the side view to show that on the contrary, this ring as a very solid structure, and even looks like a flower, a tulip by example. When trying to photograph rings, something you will notice very quickly, is that many rings despite having amazing designs, look really bad from almost any angle, looking deformed (to the point that it is very often impossible to get a good angle of the jewel just by itself!) 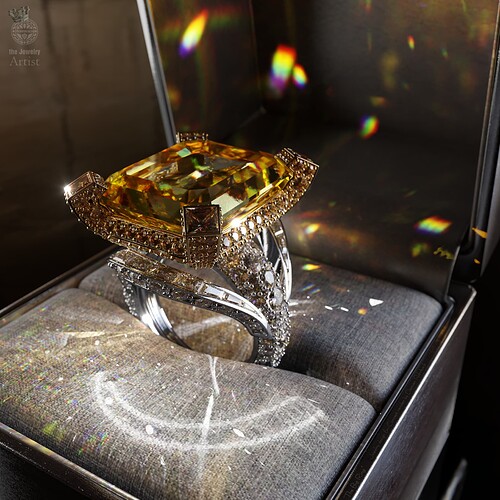 The caustics in the final renders are absolutely beautiful. How difficult did you find switching to luxcore from cycles to be and did you find any resources you could share that helped you with that?

Thanks! Caustics are always magical when they suit your scene.

I think it’s pretty easy to switch, Luxcore is very well integrated with Cycles, you can even use Cycles materials directly with Luxcore, and Luxcore own nodes are also great and the online manual helps well https://luxcorerender.org/ You will find the written manual, tutorials, example scene etc… The forum is also great, the community also helps. The hardest part for me was to remember that the lights work in a more relative way compared to Cycles (it remembered me the good old days when I use to do caustics using Mental Ray and 3DSMax)

You can check one of my tutorials https://youtu.be/H7dsWONZh_A even if I mainly do jewelry… There is also DRAVIA making great content https://www.youtube.com/c/DRAVIASTUDIO

To be able to achieve such sharp caustics and nice dispersion is absolutely fantastic. all that in 5k great job.

Thank you a lot, much appreciated. I just saw your portfolio, your renders are amazing!

Luxcore is getting better and better! 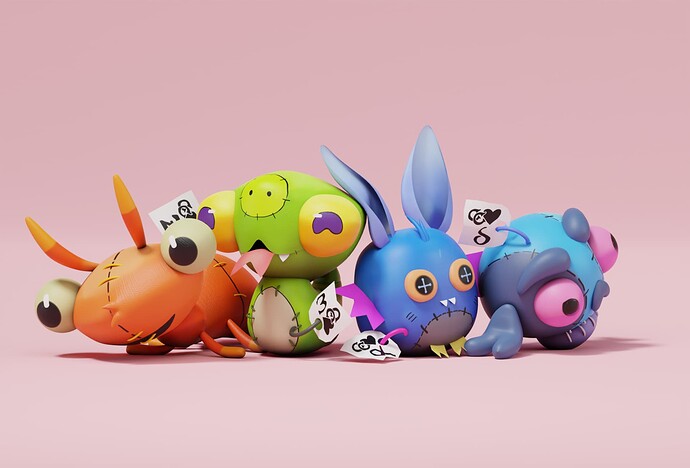 @bartv Thanks for all your hard work supporting artists!

Thank you! This design was a lot of effort

This looks great.
I can’t quite figure out you light setup used to get those caustic. It is like you shined a laser on it to have those caustics without lighting up the case or had the caustics on a separate pass and boosted the intensity in post. If you could show a picture of where the lights where, what kind, and watts set that would clear things up.

There is a book called “Caustics: reflections of the soul”

I can’t find the book. Did a search on google and amazon.
All I really was curious about was did you do anything to artificially boost the caustics in post or by putting a light in the jewel or using a laser like light? A yes or no answer would do if you don’t want to show a picture.

A friend of mine once told me, use a laser light

Thank you a lot! Few people know to appreciate them