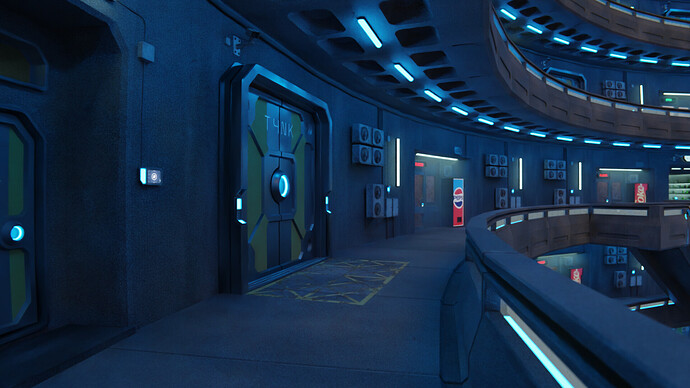 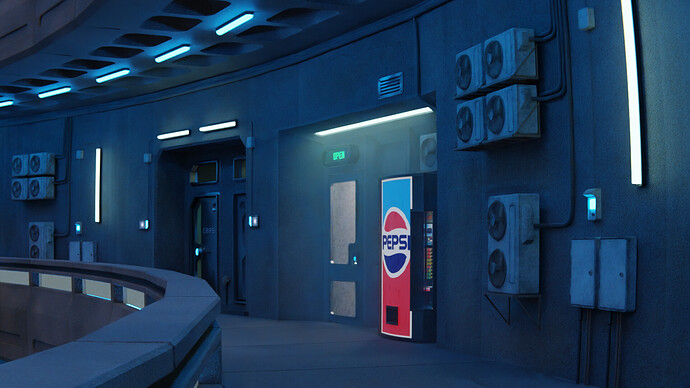 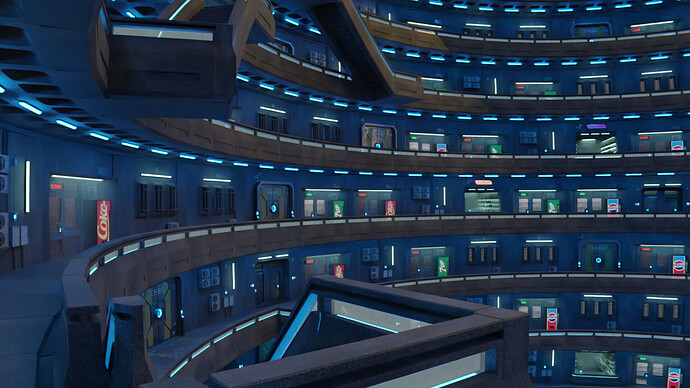 I have more of a write-up about this project on my site, but this project was essentially inspired by Stray, Dredd, Blade Runner and a variety of other dystopian-future movies and games.

I used this feature heavily in order to instance collections and generate some random distribution of the collections around a curve. This helped to build out the overall structure, based on a set of different “modules”. 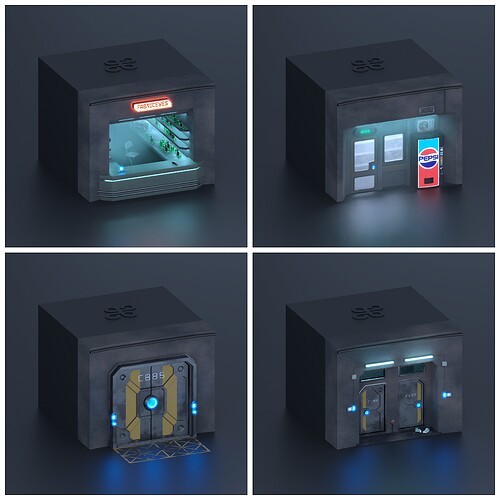 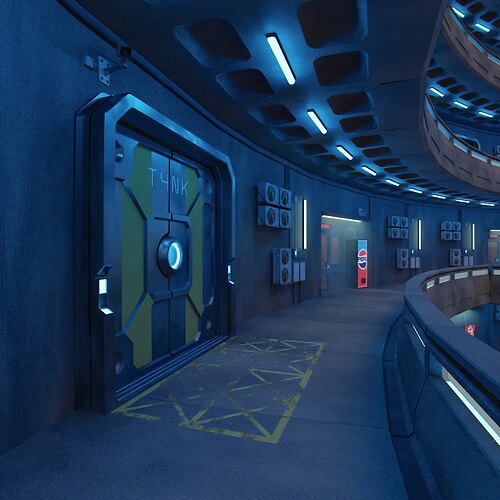 This is super cool, both artistically and technically. I would love more information about how you build this with geonodes!

Thanks! I go into a little more detail on my site (fabriceyes.com), but I’ll say upfront I’m very much new to geometry nodes. I’ve got a grab of my ugly node setup on my site too, but from that you can see how I instance collections along a curve, and then use a few other nodes to help with random distribution. The goal was really to create a good level of variety in the scene, without having to model a lot.

The combination of my 6 collections (bar, cargo door, apartment doors, store, AC units and barred windows) and randomising a few textures, I managed an ok level of variety. There’s still plenty of repetition of course, but it’s not too bad.

Your breakdown is fascinating, I’ll be re-reading it at least a few times

So this is the future. At least we can choose between Coke and Pepsi.

Guessing you’re not a fan? I’ve also got 7Up and Dr Pepper kicking about somewhere, but I’m assuming that wasn’t your point.

It was just a joke lol

Cool. — now only dozen of posters, flyers, some more dirt and dust and we are in a movie scene… and of course the usual VFX extras: steam, mist , blurring… bloom…

All stuff for the todo list. There’s always so much more can be done, it’s impossible to do it all!

…it was nice… but it could be better……

That’s a lot of pop machines!

I’d say you can’t have too many, but really this is just the result of duplicating too few variables. In hindsight, I should have added more variety because this is probably too much of an obvious one.

Hmm, seems oddly inspiring. How did you get the variations in?

Thanks. I tried to introduce a bit of variation using a couple of methods. One way was through instancing collections using geometry nodes. I had 6 modules that I randomised around a curve. Actually, if anyone out there knows; Is there a way to instance a bunch of collections, but control a specific number of instances for one of those collections? Essentially, I wanted to have far fewer copies of the bar in my scene, but couldn’t figure this one out, so I just messed around with a few settings and camera angles to roughly get what I wanted.

The other method I used was to use a few different textures and use the Random parameter on the Object Info node. I used this to generally randomise noise textures or colours here and there. I can’t really explain the method for randomising through a series of different image textures, as I followed a tutorial for that, but it’d be awesome to use a video file and randomise by frame. I’m sure that’s a thing.