Hello again everyone. Today I have been working on this Beast of a character. It is, an is going to be a little darker than most of my other work. So far I am somewhat happy with the results although there are some areas that I think need to be touched up or even remodeled. I plan to give him eyes and finish the mouth for the next post possibly with sharp teeth. Anyway, here is what I have so far at a couple different angles. 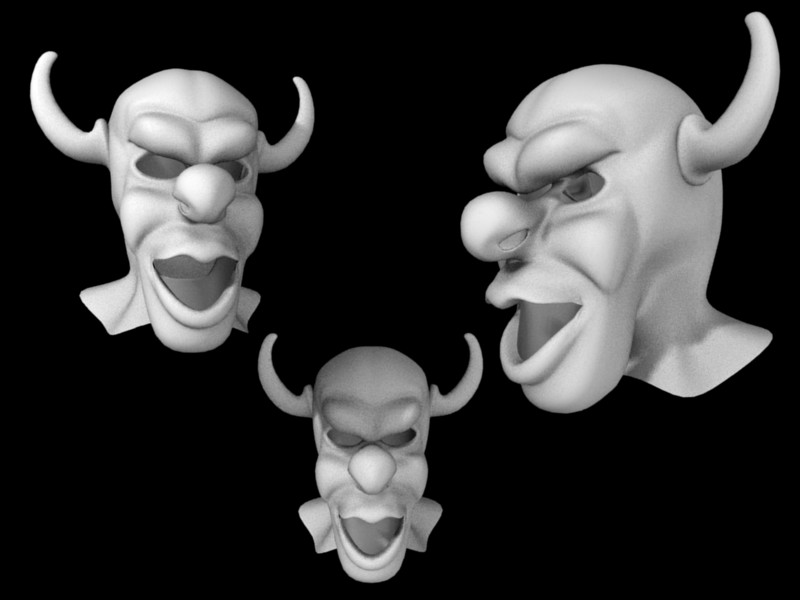 Added eyes and started working on the teeth. I plan to make a full set of theeth that sit in his gums so the teeth here will change a bit, I just wanted to get a rough look at what I was going for. Also I think the nose needs some work so ill do that soon. 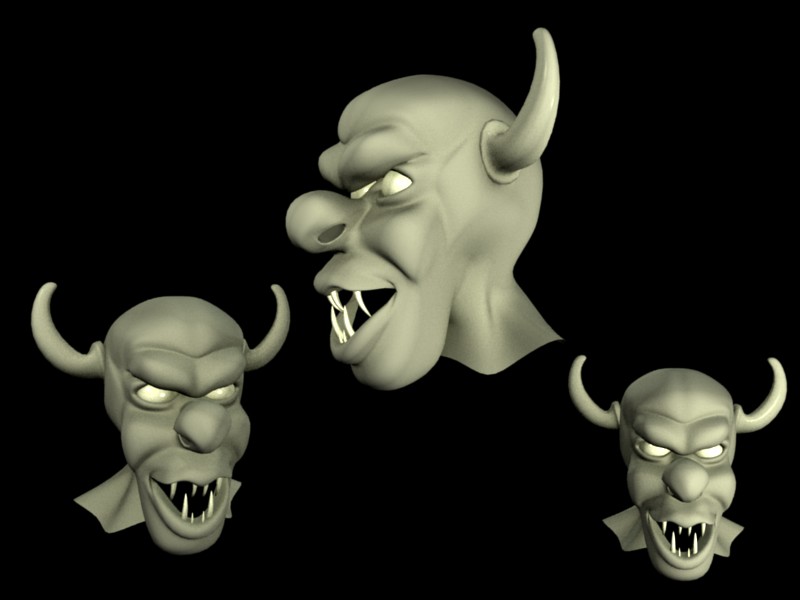 He dosn’t look very dark. Looks like a charecter from some haloween cartoon. Bump maps would really help.

Yea I agree with you Red Yoshi it is somewhat cartoonish. I may try to get rid of that feel once the basic model is done. I dont know. Anyway I still like where this is going none the less. Heck 6 month ago I could only wish that I could put something together like this. Well not really sure if anyone else likes it or not or has any comments but Im going to continue with this model. So again here is what Ive got so far. Oh, the colors on this pic are just to give me a good Idea on how I may texture this guy, so they are not final textures. 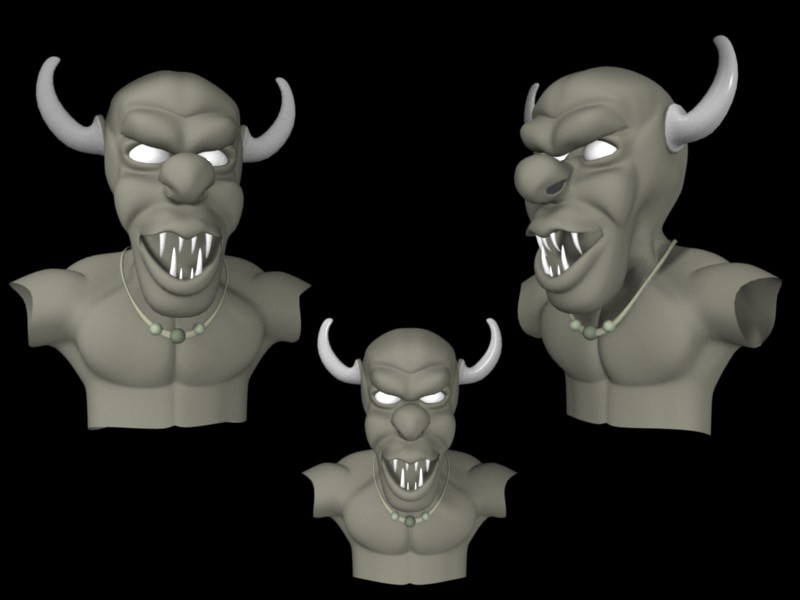 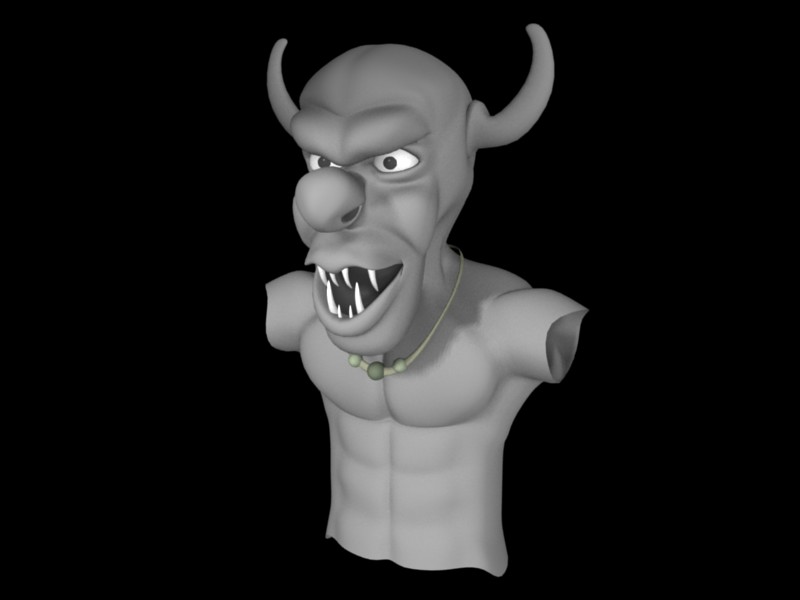 i really like the toony look of this character! no need to get rid of it IMO

Any chance to see some wires ?

The toony look is coming from the proportions, brow, and eyes. Like defstone said, I don’t think that’s a bad thing.

Hey, thanks for the replies. I did try to play with this a little to try to get rid of that look but I was really just destroying to model. So I guess Im just going to continue the look he has got. Today I had major CPU issues so havent been able to really make any changes but here are some wires at your request. Thx again, Mux.
1024 x 768 image 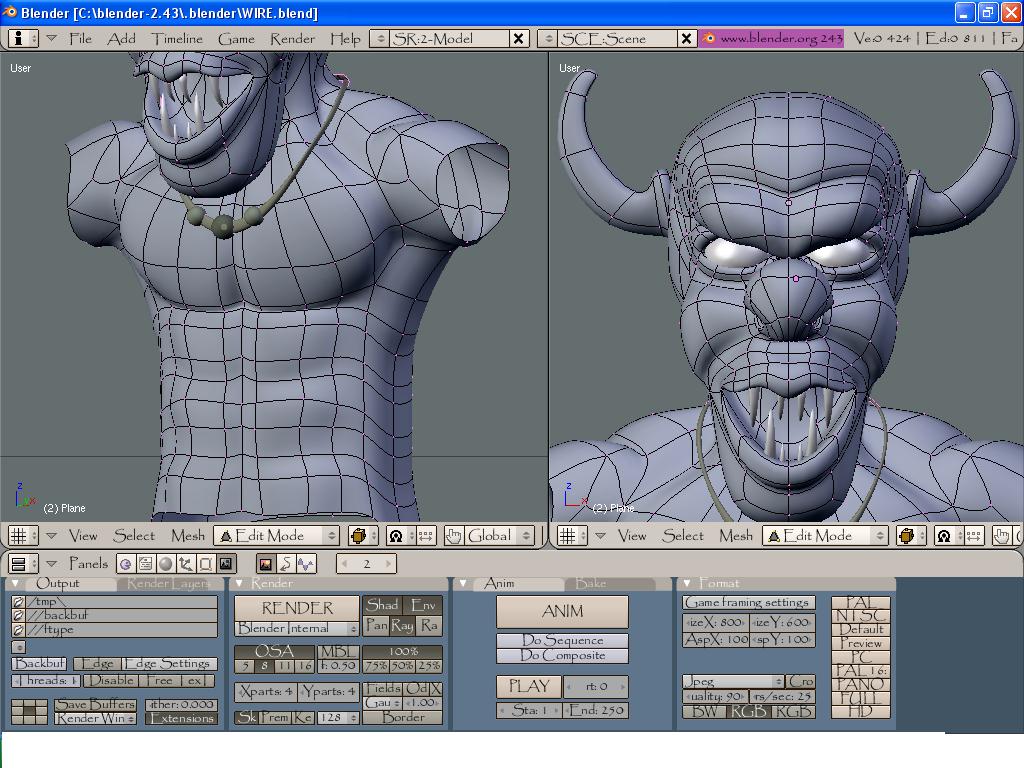