hello members , one by one …
the new game that is coming , … The Engraver : BattleCry

the ancient project stuff , that was a long time a go … , non of these will be used , they are only for training , … i have became more experinced with blender in this period , … :spin: , … rigging , modeling , texturing , animation , sculpting , python , montage , website devoplment < not yet unlocked www.allguru.org where the game devolpment will be held> and all … but wasn’t flirting with the game engine too much but still remember the old basics

, made a commercial game project for some people and stuff , anyways … here is the old personal project

nowadays as you can see became more experienced

so in this thread the story of the game will be written , …

Looks pretty good man ^^
Not to detailed in that last face?

it looks kool dude!
specially the textures ,i liked it a lot!
im not sure if i should critique in this forum yet and it might sound like arrogance but i also feel bad if i avoid making constructive comments …anyways here it goes :
the only thing i think u could tweak a little is the rigging system,IMO i think it looks a bit robotic so u could try to make it a little more natural if u know what i mean…
please dont take it as an offense i am just trying to be useful in this forums

You’re still working on this, man? What kind of progress have you made since we last saw it?

thanks brothers for your comments , actually these works will not be used !! , it is only a showcase of the old canceled project “Zodiac Spear” , now " after 2.5 years " working on another one , preparing for the story , the new one will be completely new

Not to detailed in that last face?
i don’t understand .

the only thing i think u could tweak a little is the rigging system,IMO i think it looks a bit robotic so u could try to make it a little more natural if u know what i mean…
thanks , this rig is two years old … the new rigs are much much better

no !! , the project “Zodiac Spear” is canceled , it is a new era now PP , got a lot of improvements in modeling texturing rigging animation rendering & Sculpting ,and scripting in that period … also blender has improved a lot.

hey , this is 2 years old , what will you say when you see the new stuff < that will be made in summer >

anyways , the story is being written … , 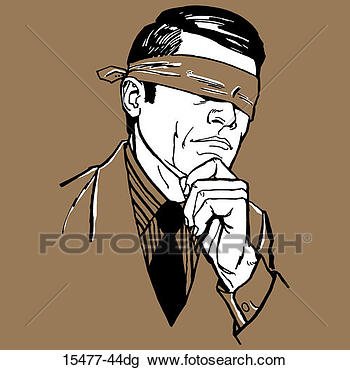 clothes : old clothes like in prince of persia but not exactly , also there will be a very long cloak

he has a lot of magic powers , can summon people over his head …
like this , this is one of my Wips by the way … , the cloak will be able to summon 3 crazy posed white magicians and they do crazy stuff and acrobatics …

the weapons will be ( mainly his long cloak , chains , ice needles < he engraves ice > … )

also he will summon other white creatures , as example this anubis < also by me , but will not be used like this another nicer version will be remade … >

the cloak will be something like this , a photo from google , this thread is for writing the story not for painting , the artwork and progress thread will be started in summer …

suggestion [C201] [ she betrayed him , she isn’t a blind , but blindfolded !! , this ribbon has been magiced by the cloak , after they loved each other … and he was betrayed , he put this on her eyes to summon her … ]

an inspirational image from the net …

there will be white magicans and black magicans , good and evil …

the head master of evil is Character 5

Character 5 : the head of evil

the 2nd post will have the organized version stay tuned …

so give any suggestion you like , the phase of story writing will be from here to the end of summer …

How is this different than Zodiac Spear? I’m confused.

Woah!
such a beautiful job and wow those are inspiring!!
and bout the rig ,im more relieved now that it did sound as a construtive critique and kool i got new rigs on the way

i will be lookin forward for more updates and please u gotta teach me some of ur texturing skills dude:D
Kind regards,
Newbie

zodiac spear : spy from the new age …
the engraver : a hero from the past era .
no contribution for the story yet ?

payments :-
a subdomain of allguru.org for ever , and a storage of 300 Megas
credits in the game …

Good to see you still hacking away. I don’t need webspace. I run too many sites now as it is. I just want fame.

I will post it in the stories section at blenderprojects.org

btw , having exams in this period , can’t write anything yet , but wanted to start the thread , coming back soon …

I agree with Plant, you’re just showing us old stuff again. Is there any new progress you’ve made? Also, “Seed” is only 44!? He looks 80!

wow you just happen to try the site as we were migrating to a new faster server. One more migration this week and then we will be on our new server. The site IS back up however. Sorry about that.