As a garrison of Imperial drop ships stationed on Tatooine await further orders, an evening sandstorm brews. A local X-Wing squadron use the storm as cover and launch a surprise attack. Though stronger in numbers the troopers retreat, but the rushed evacuation comes at a cost.

This personal project escalated from just wanting to try using Mixamo characters, to a full-fledged animation. I developed the short around the Stormtroopers running, what were they running from, and how would they escape? This lead me to designing my own Imperial Trooper Transport, and literally helped get this project off the ground. From there I pushed myself to learn new areas of 3D such as character animation, particle effects, smoke effects, and much more. Everything was rendered using Blender’s Eevee engine for it’s speed and allowed me the flexibility of revising my scenes. I’m happy to share this project with both the Star Wars & Blender communities, enjoy!

Great job! I love all the dust effects.

Thanks, that was definitely one of the hardest parts!

Nice work…But really I don’t know what I watch. There is so many ??? that I don’t know where to start.
Don’t get me wrong, but I see similar things many, many times. Someone put great effort in modeling, texturing, animation, lighting, VFX, etc. But fail to tell story. Mean logic, consistent, believable story. With such music this look more like demo reel than short movie.

While I see a story here, I think it needs a different edit to make that more clear and more impactful. As it is, the emphasis seems to be on the ships, but they’re of course not the story at all. I would end on that last guy staring after the ships for most dramatic impact – inter-cut all the lovingly filmed shots of ships taking off, and then have him miss the last one, and stand there alone in the dust at the end. Ideally he should probably not be simply standing upright either, but maybe reaching after them or falling back down. His final pose doesn’t read clearly as despair.

But that’s just the edit. The effort you put into this is phenomenal.

Thanks for your comments and constructive criticism, I appreciate it. My limitations for the character’s came from whatever was readily available in the Mixamo library, as this was my first time using characters and rig’s in any capacity. I definitely felt his final reaction could have been stronger, but was limited by my skills in this aspect. I appreciate the feedback about the edit, there could have been so many ways to edit the final shots together, but now its time for a new project and will learn from this one. Thanks for watching!

Fantastic work! I loved it. 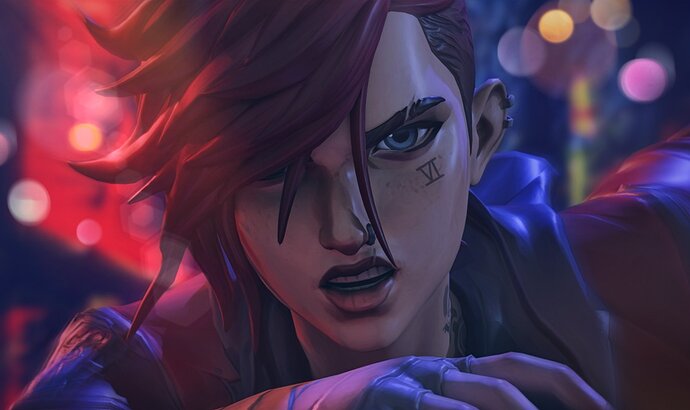 Here is the “Behind the Scenes” article of this cinematic artwork!

Do check this article written by the artist himself. It describes the process of making the artwork step by step, and an insight on creating realistic cinematics and short films in Blender.

Behind the Scenes: The Last Trooper

Hi, my name is Jason Battersby. I’m a Canadian automotive exterior designer, currently working for Audi Design in Ingolstadt, Germany. I have always been passionate about automotive design…