The Legend of Cibola

I’ve started another project for fun. Its an idea ive had for years. I had planed on just making a small demo for the blender competition, but was unable to make the deadline. So I just ran with the idea and i have some progress to show.

the game puts you as a little indian boy, trying to carry out the last wishes of your tribesmen. You must make your way around a dungeon in the dark as u battle savage raiders, wild animals, and godly spirits. You have items and weapons to pickup along the way to help you on your quest, but beware of the darkness the gods are angry and will stop at nothing to see you dead. 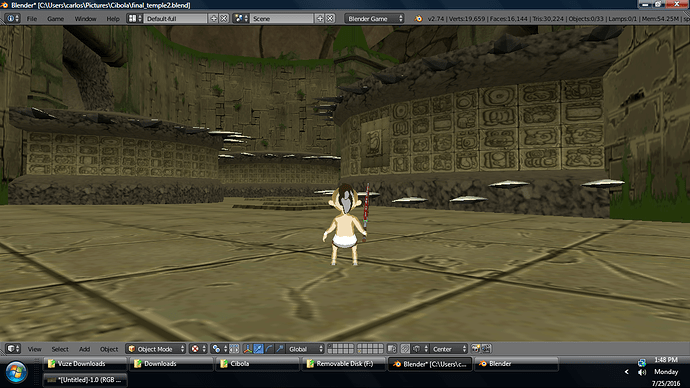 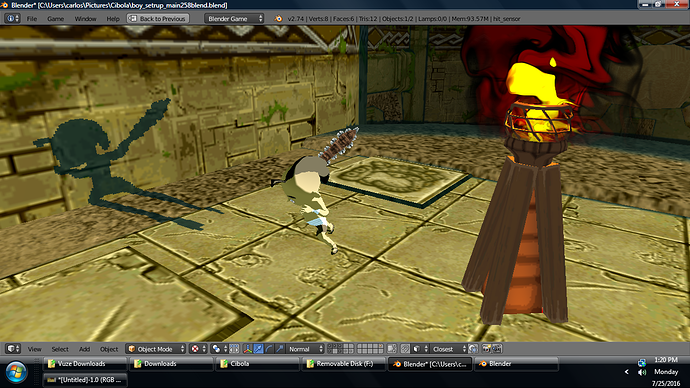 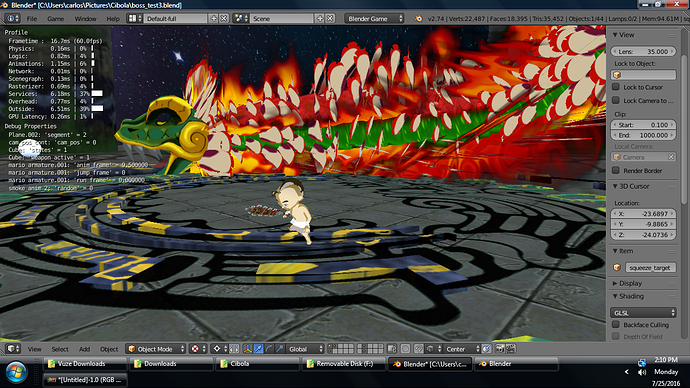 thanks. I just finished my level shader. Dang it took a while. but here it is. The shader has several things going on.

1: it has pseudo volumetric fog.
2: Z_depth manipulation. (exaggerated view distance shadowing)
3: A dynamic projected shadow, with clipping.
4: A Totally lit state, with shadows centered to light source.
5: A Torch state, with light as a point light, with a low distance.
6: 4 + 5 together.
7 4 - 5 total darkness, only fog and Z_depth exaggeration.

also using a texture atlas for the whole map with 12 textures on it. Yeah its crazy. but its runs great.

here is an image of the player standing in the same spot.
first image is Fully lit state.
second is Torch state.
third is Total darkness state. 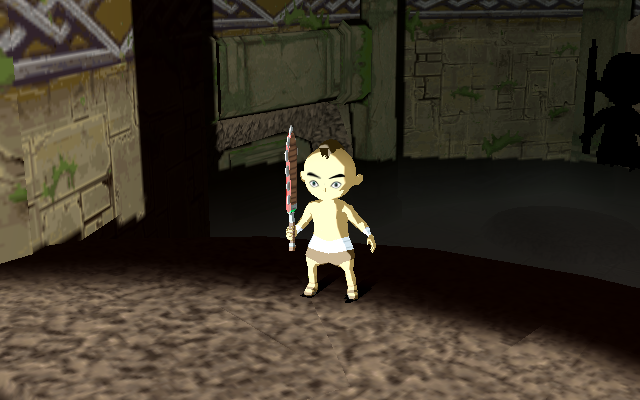 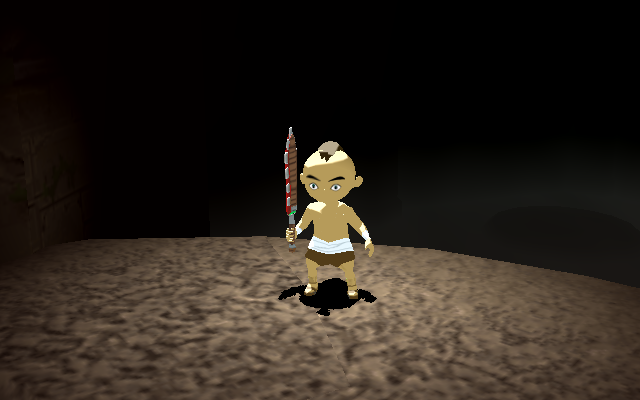 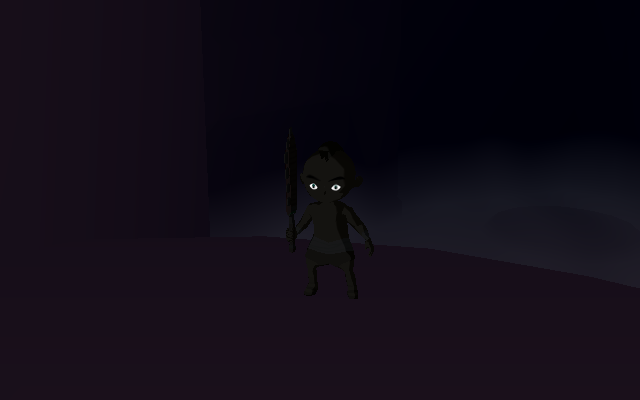 tell me what u guys think. thanks.

Wow! I t looks great!
I’m sorry it couldn’t make it in to the competition, but I think it will benefit a lot from having more time spent on it.
Got any videos yet? It would be great to see it in action.

@smoking_mirror. Nah its cool. U did what u could. It was just a big project. I had the whole dungeon done, still do. Its just i dont want to show it, but now i decided to make the level shader. It wasnt part of the plan but since no contest deadline i decided to add more things.

Let me get his inventory done, and his torch working. and i will release a demo, just the single room u guys see, and the playable character. still need to do some things with the rest of the level.