The lost Relic - Explore and trap monsters in 3D dungeons

Your people are threatened by the orcs, and the only way to defeat them is by helping your king bring back the ancient artifact hidden deep in the dungeon : The lost Relic.

Mixing RPG style and puzzles, this game uses the power of 3D physics engine : having fun exploring and trapping monsters in the dungeons.

Alpha 4 release (2016-06-17) : The first 6 levels of the game (your save game will work with future releases) - Optimized release, thanks for your feedbacks.

Price : Free (pay what you want) 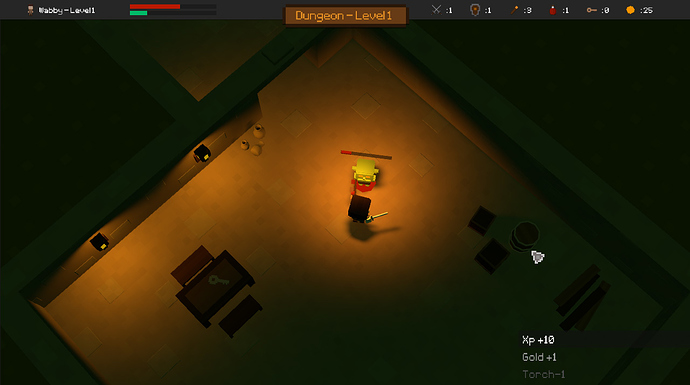 This looks really good! The HUD is amazing, excited to see more.

Here is a first look at the gameplay and the mood of the game :

This is the very first level in the dungeon (a kind of tutorial) showing you some differents things like the point&click movement, the fighting system, health bar, dialogue system, character animations, sounds FX system and the HUD (a simplified inventory system).
The save and load system is also working. Same for switching levels.
Next steps : testing some traps for the next levels… building the player’s village…

(Full credits in the game)

Awesome, just awesome. This game is incredible. I expected it to be good from the screensots, but - I never expected it tobe that superperfect. I will say honestly - I like everything in it, everything.

In The lost Relic, when you meet a monster you can fight it or using some traps you can find… here is a first test :eyebrowlift2:

I’ve made this quick set to test the logic system that I have coded in the game.

hey, thats pretty cool! did you make the stone grinding sound yourself?

@Scalia : Most of the sounds come from freesound.com (full credits in the game) and other from me but not the stone grinding

Now, that I have better skills in coding and 3D modeling, and because I had some issues with the first version of the game, I have decided to rebuild it from scratch with nice models and textures for better performances too. The code is now really more robust and there’s no more bug in the game. At least, the old ones 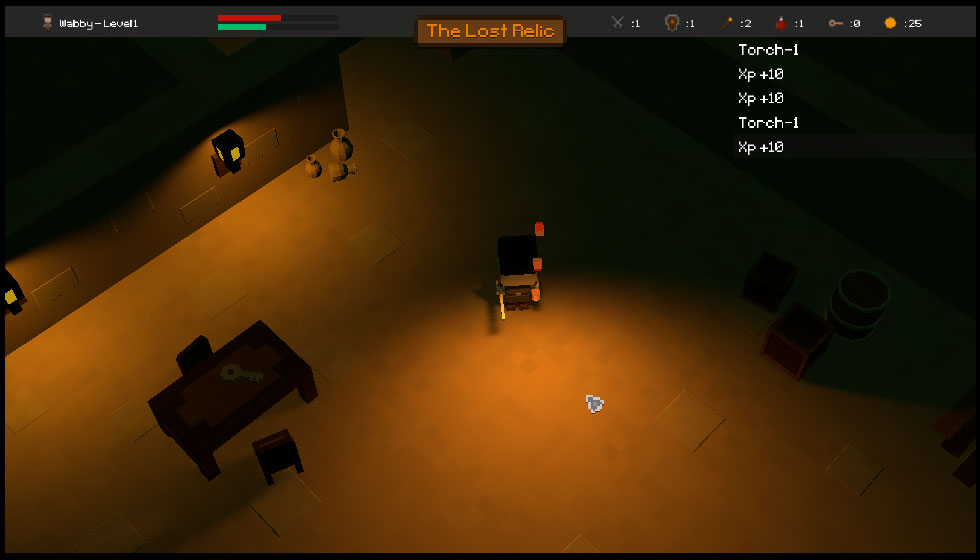 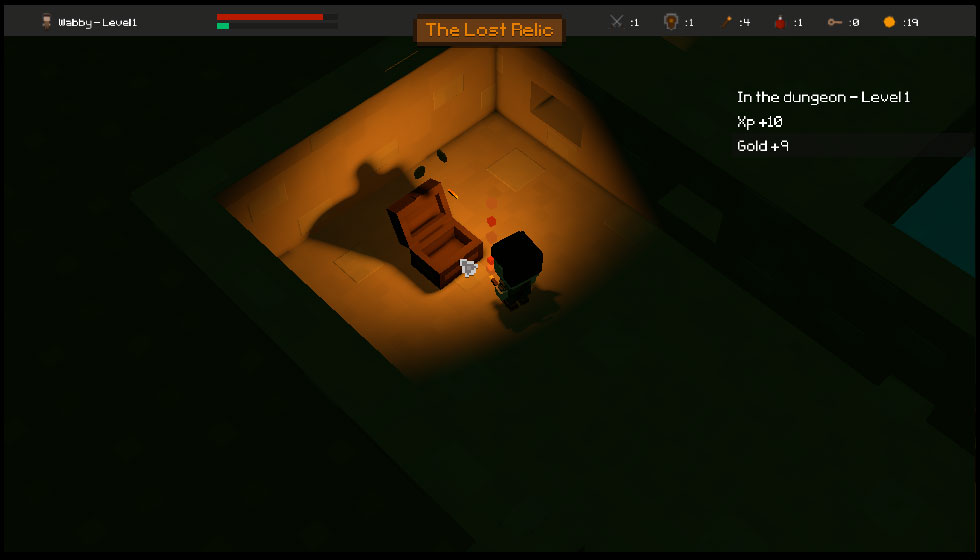 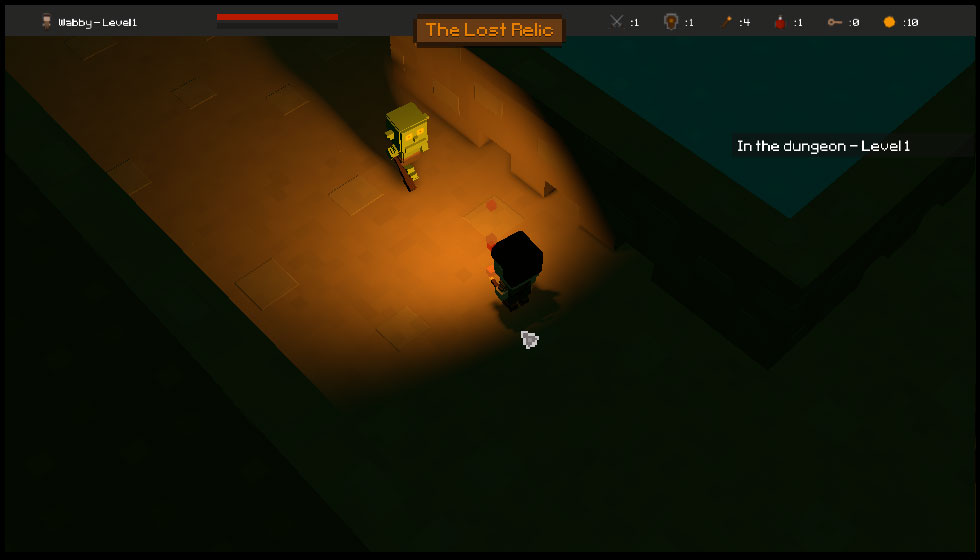 Nice! It looks so cool. I think that this game is really promising. It has all the chances on steam.
I don’t know if the “The Lost Relic” title in GUI is needed. I think that the plot there would work well as a box where the current location(e.g. Dungeon, Village, Castle or whatever you’ve got there) is shown.
Keep making this game, I want to see more of it;)

@adriansnetlis : thank you very much for your kind words and your feedback. Ok for the GUI, it’s very interesting. I guess, I’ll display the level of the game and maybe other things later

Hello, I’m glad to introduce you the 2 first levels in this Alpha version (details and download link in the first post).

Your feedbacks are welcomed, especially about gameplay and the fluidity.

Even in a dungeon, you need to buy some stuff for your adventure

Here is a quick look at the trading system I have coded in the game :

Here is another trap in the game. I hope players will have fun playing my game

Cool. I love the physics based combat.
Is there and end? Which is the highest level?

I wonder about my game, where I would stop. I’ve always got more ideas and want to develop it further…

Thanks, I plan to make 20 levels. But, wait and see

Having more and more ideas is not a problem but knowing when stopping appending it and keep the main goal is the challenge, I guess.

20 seems like a lot to me, but I guess it depends on how big the level, and your game world is in general. i have no Idea what the term “roguelike” means though. I thought that it meant “diablo” style. This game here seems to have a more zelda-like look to it. Maybe they are one in the same. I always think of these games as go through the dungeons to unlock the final dungeon to kill the main boss progression. And a tool required from previous dungeons to the next to prevent skipping and to keep the progression line ‘in-check’. Example:

Dungeons would get progressive harder of course, and tools gained from dungeons would help with monsters within the area or within the next dungeon itself. Now that I write it out, it sounds very copy+paste zelda like. And its not a bad setup at all, but it would be very hard to do that 20 times, unless the dungeouns were very small. And thats ok too.

Is that what rogue-like mean?

In fact, at the beginning of the project, I have read lot of articles about roguelike game and what it means but during the development of the game, to be honest: I have totally forgotten the definition but i think : “Zelda like”, “Roguelike”… no matter the tag… the only thing to keep is what kind of gameplay you imagine and emotion you want to feel for your futur players… I guess

English is not my native langage so I hope you can understand me.

Anyway, thanks for your interest and for debating about making this kind of game, it’s very interesting and motivating.