Hope everything is going okay with you all here in Blenderland! =D

As some may know, I’ve been working on a locomotive to sell on TS. So far, no sales. :no:

Here is a scene to put it in that I’ve been working on! 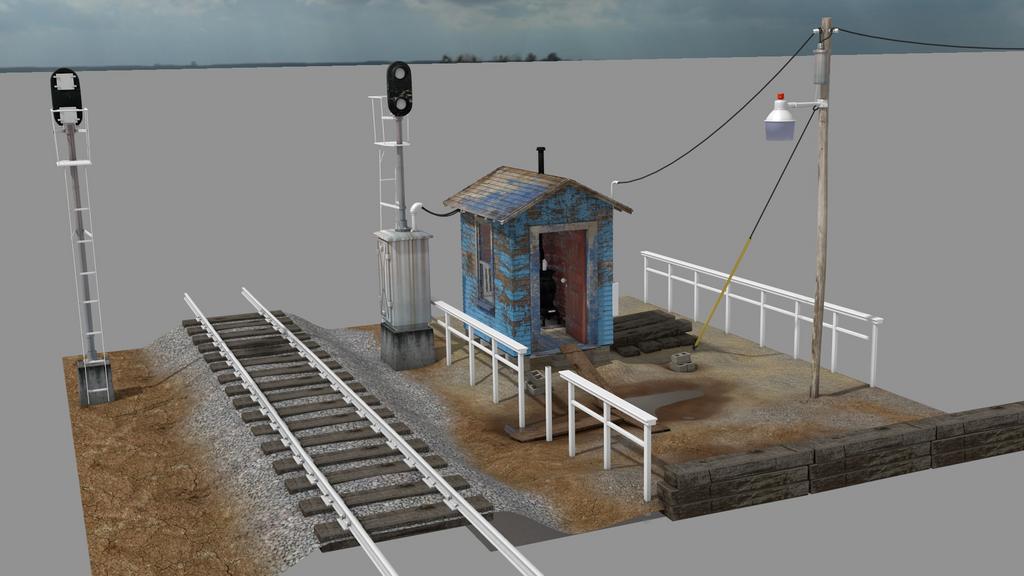 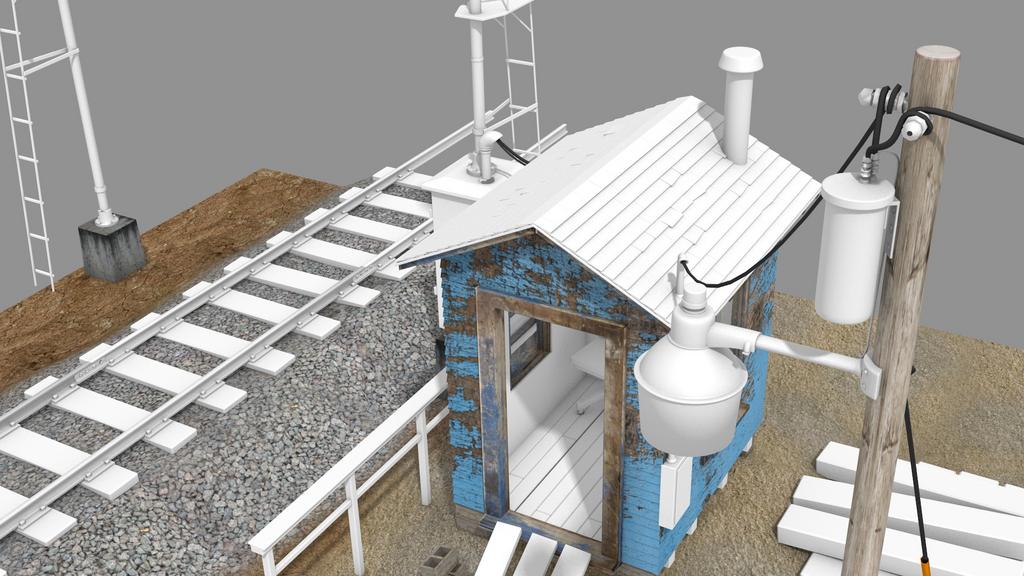 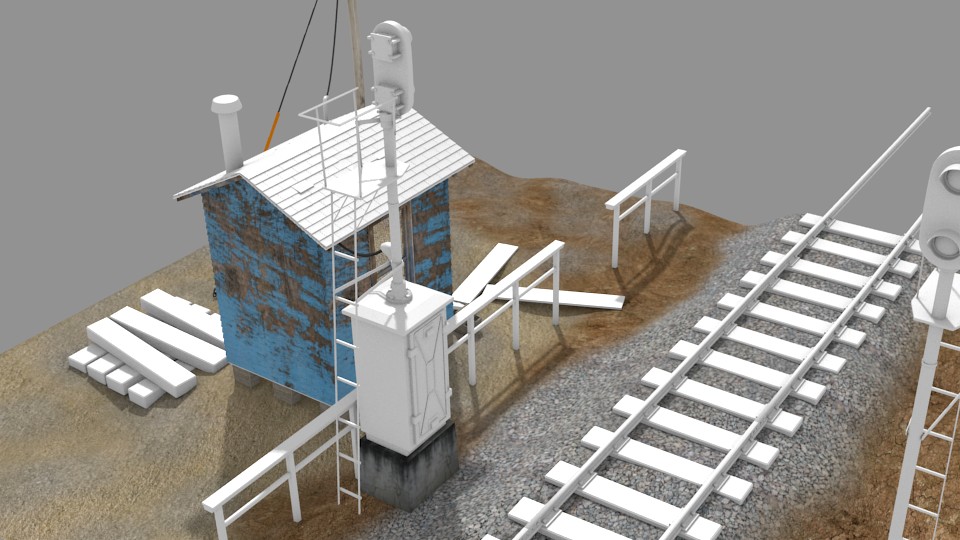 Hopefully everything is going okay with you all! =)

Wow this looks great. I followed your locomotive and it inspired me to make my own. Keep up the good work.

Wow, you are a great modeler, love the train, and this track.

Thanks guys for the nice comments! I just wish I was better at texturing! =D

UV mapping complex models is insanely difficult for me. Usually I just end up using cube projection. But if I’m to export to various file formats, I need UV mapping! =(

Oh well. Hopefully something works out. Back to work on the projects! =D

Has anyone else had the unfortunate experience of having an awesome clay render ruined when you texture the object? =\ 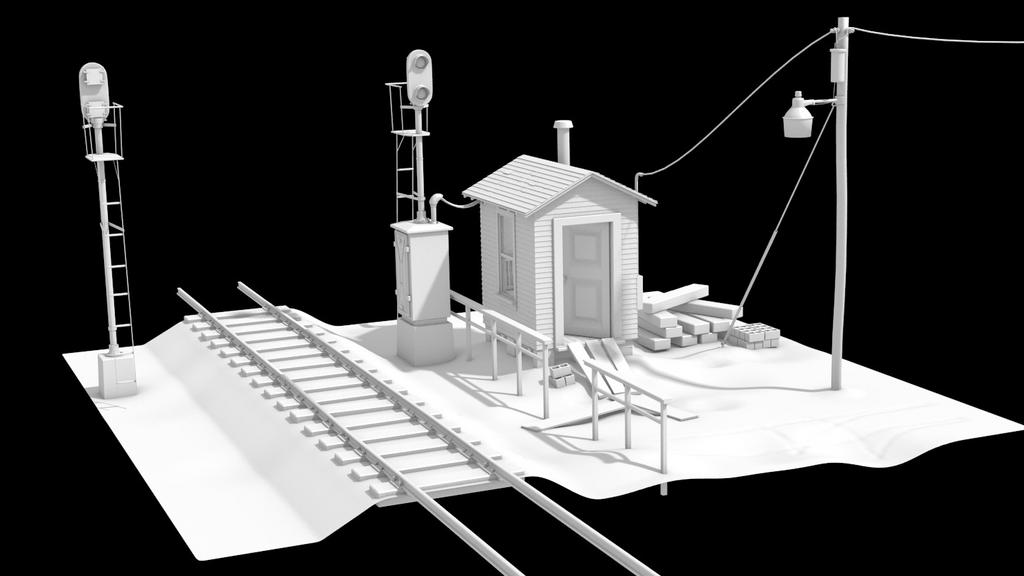 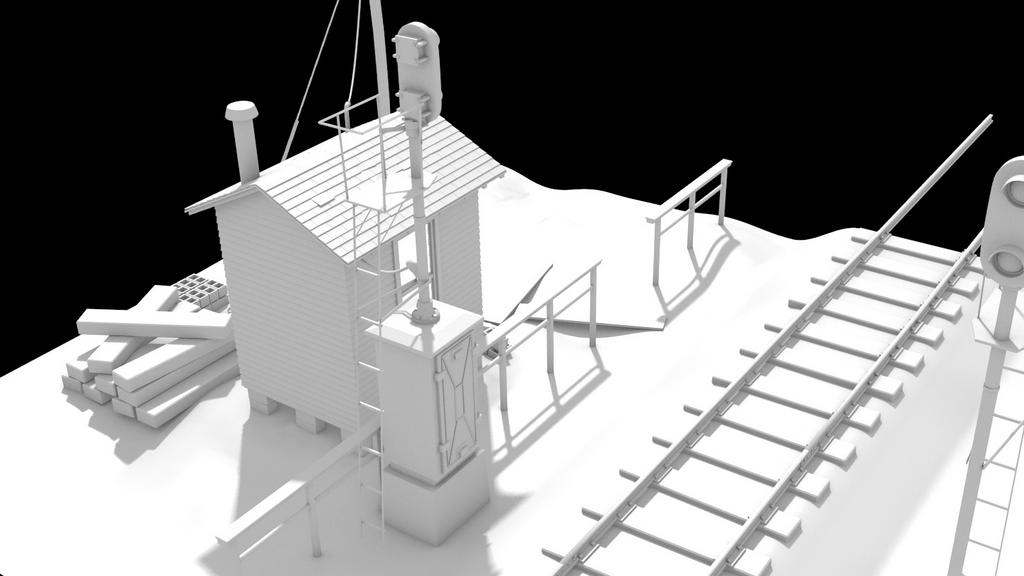 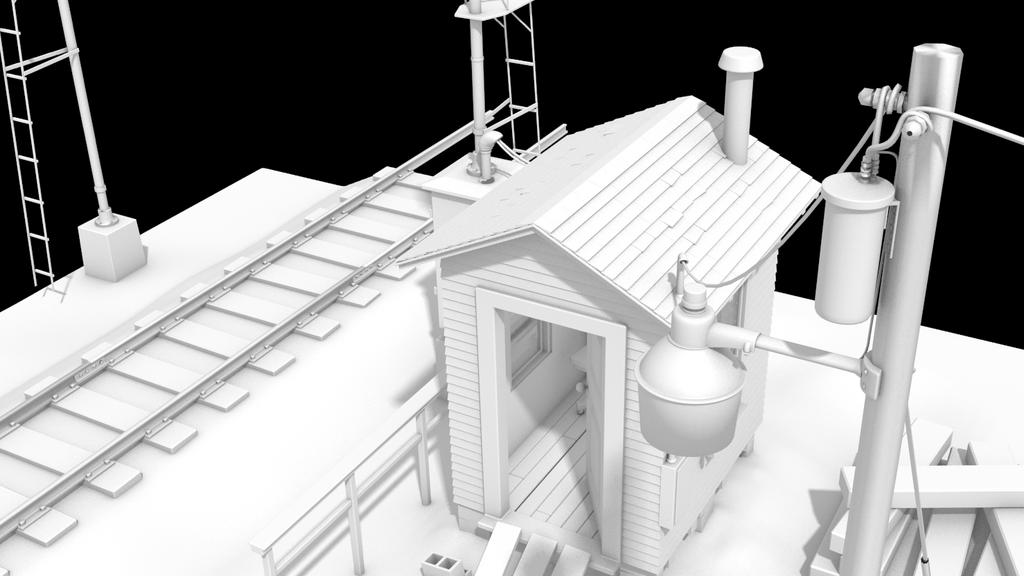 Now starting to texture. I think the modeling is just about done. =)

To be honest, I’m not really happy with any of the texturing. :no: What does everyone else think? 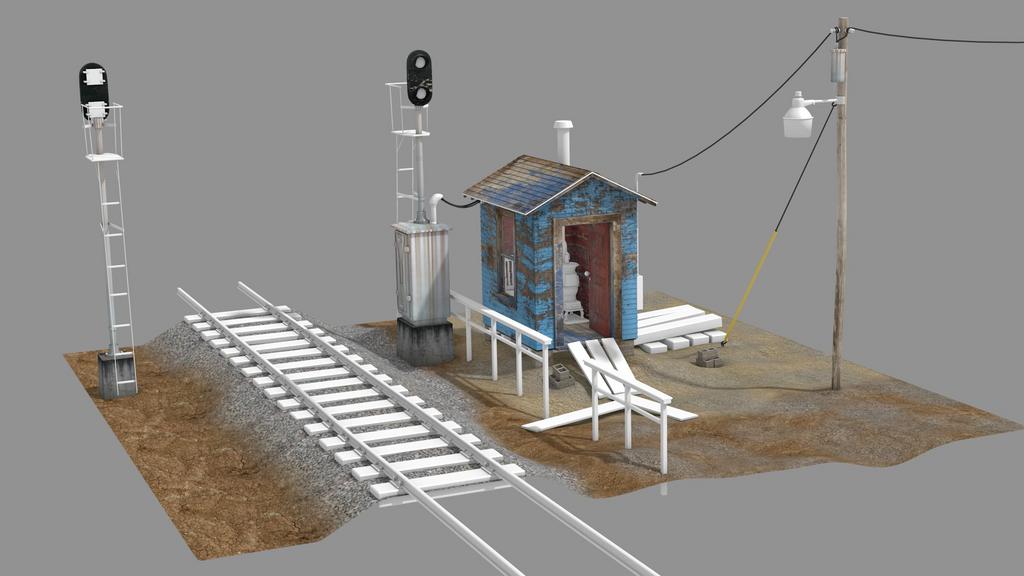 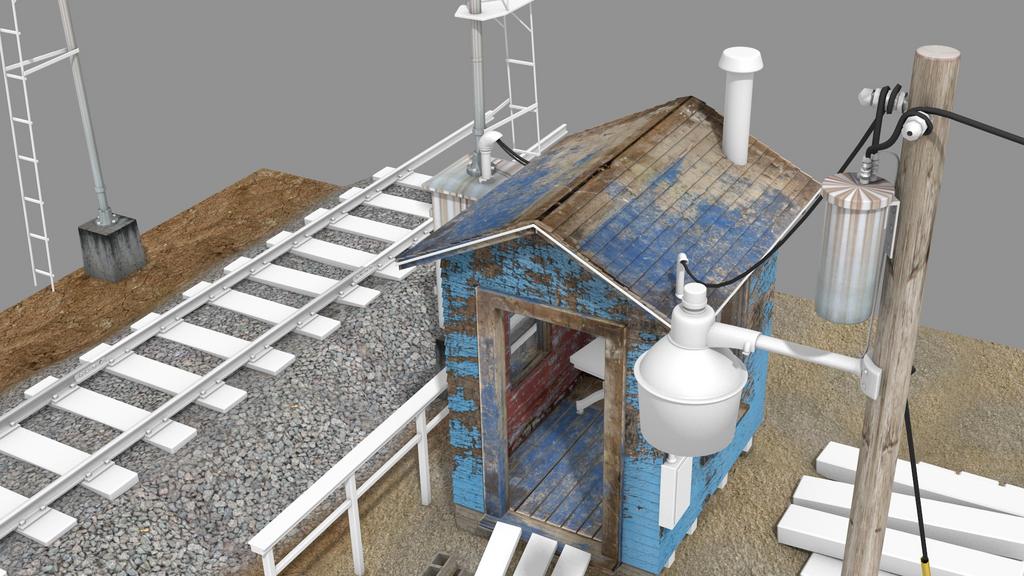 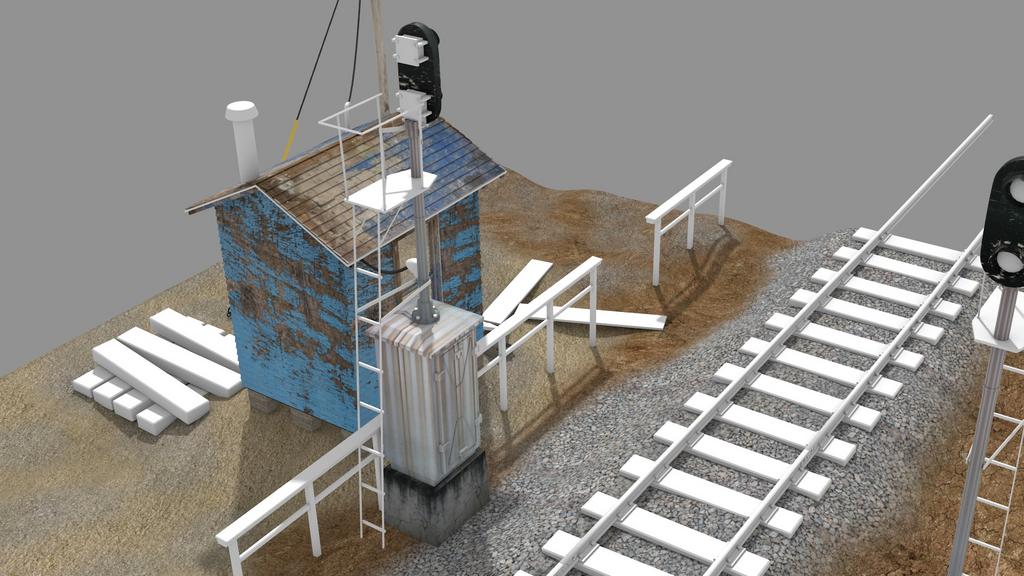 This is superb modeling

Excellent sense of scale for everything, and the texturing is quite good as well, though not on par with the modeling. The current renders actually make me think of a scene from a game, Half Life 2 to be specific. Not to say it looks low poly, but the delightful controlled decay of the scene. Such as the carelessly stacked railroad ties, or the wear and tear on the shanty itself. Are you using a bevel or subsurf with edge loops to soften up the edges of your objects, also how did you do the shingles for the roof? and if you don’t mind, would you upload the .blend file?

Thanks for the nice comments! For objects which are primarily square (like the siding on the shack, the shingles and other things like that), I use the bevel modifier. For objects that are curvy and smooth (like the poles, etc…) I use edge loops and subsurf.

I made the shingles by modeling one shingle and then using array and mirror modifiers. I then committed the array modifier and created a second level, offset the shingles by half a length, and then copied/pasted the result down the slope of the roof until I hit the end.

To make some shingles look like they’re falling off, I simply grabbed a few vertices and pulled them down some.

Hopefully that all makes sense…

And I would like to post a .blend, but I’m trying to make some money from this. Bills and stuff. Sorry. =(

I think it’s rather unfair (to the excellent work) to judge it too much “out of context.” It needs to be set into some plausible surroundings… Then we could more easily see “what works and what doesn’t.”

You’re right, of course. My goal with this model was to simply pour all the detail I could into a single small scene. The surroundings would probably be the outskirts of some dingy industrial rail yard or something like that. =)

I’m debating whether I should add grass or not. To be honest, it doesn’t seem to work in my mind, but I can always try.

Thanks again for the compliment! I’m actually proud with how this is turning out. I just wish it was turning out better than what it is. =D

I understand what you said about the methods for using bevel vs subsurf and i think i get the shingle creation technique ( SCT for short xP ) and i also completely understand that you are trying to make money and can’t release the .blend. In terms of grass, i feel it would add strongly to the scene, but only if you weight painted it so it would only be in certain areas, and then fade down to no grass, instead of the perfect lawn look that most grass particle systems achieve.

Quick question about the bevels n stuff. Did you leave anything unbeveled and without subsurf? As in a straight hard edge?

I don’t believe I did. I usually like nice, beveled edges on models. Hard edges just don’t look good, IMHO. =)