I was playing around with halos and particles and came up with something that is not completely unlike an image of the sun. i know its nothing amazing but i really like it. I’m planning on adding some flare activity on the surface, and maybe warping some of those particles to follow magnetic lines. 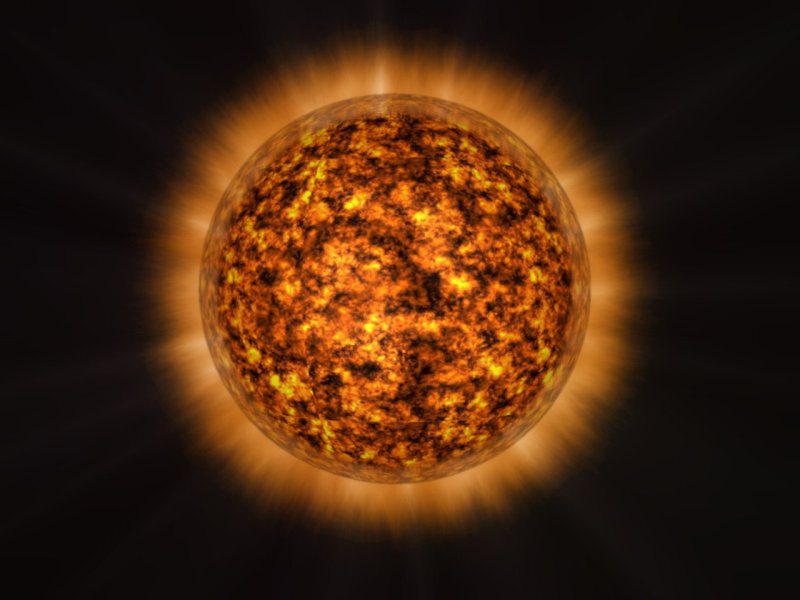 Good start Vampyre. It already gets the idea across very well. If youre going for a more ‘realistic’ Sun look then here are some things you can try:

Thanks for the suggestions and links. I’m working on the pic now. I’m not quite sure how i’m going to do the surface flares, probably just uv mapping images. I’ll post an update soon.

Thanks. I reduced the contrast and changed the texture of the surface a bit, but i still can’t quite get the corona to look the way it should. it looks too much like what it is, streams of sharp particles. I went out yesterday and stared directly into the sun for a 20 or 30 minutes and not even that helped. Any suggestions, or other c&c would be greatly appreciated. I’ve attached a photo of what i want to achieve, and a my latest update. 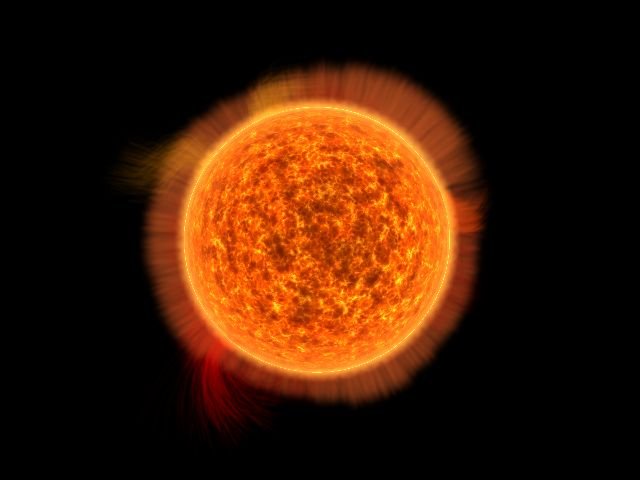 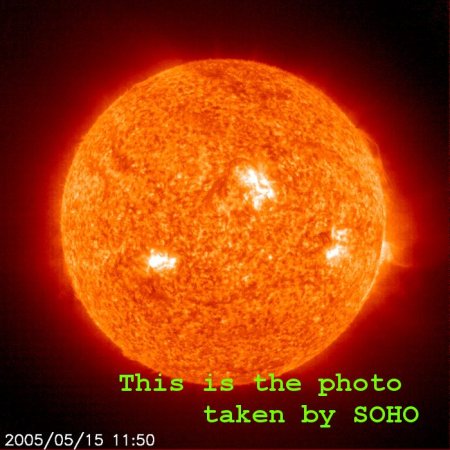 add halo material to the particles? i quess you did allready? or you can postpro it

that just seems like the easy way out, i kind of wanted to learn particles/halos a little better with this one. You can tell i post processed the first one. I’d really like to find a way to get that look with just blender. I’ve tried everying from just one vertex with a huge halo to this, which is a sphere with around 20000 particles set with a realllly low alpha.

Nothing wrong with post processing as long as it’s done correctly, especially when it comes to lighting 3D images in 2D space. This can save you hours of needless attempts at tweeking and rendering in a 3D environment. Post is a really beautiful and often necessary thing. BTW, your sun looks awesome.

I think i’m done for now. I post processed the corona, added some flares to the surface, touched up the plumes round the edges. This is the final image 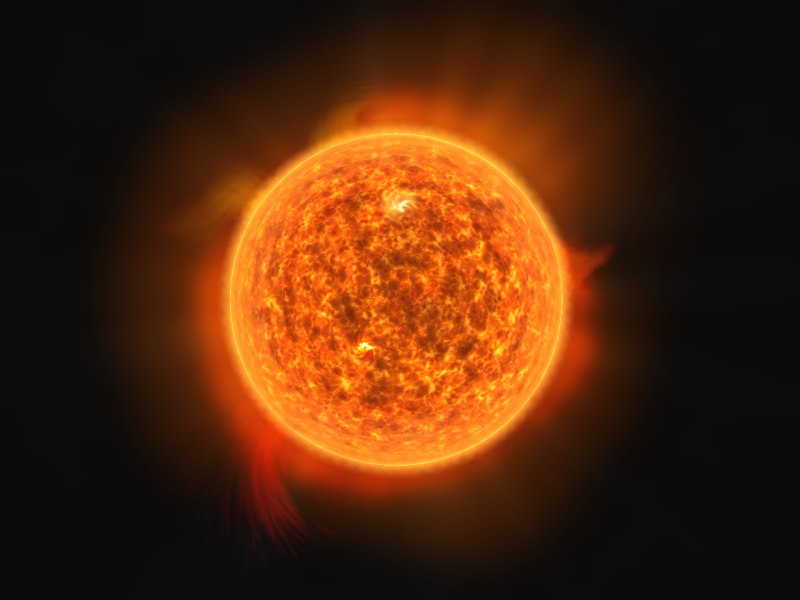 You’re getting there Vampyre

The corona is too large compared to the pictures. The flares and such are almost double than in the pictures. I would change the scale of it so they stay closer to the surface. You can also use an ipo material curve to cause the transparency of the halos to lower over time and gradually disapear.

Hi Vampyre,
After seeing your last post, I was wondering whether it was possible to achive the effect without post-processing.

Here’s my attempt. The main difference is that I used three single vertex halo objects for the corona, and no particles. I’m no halo expert so I might not be using the most efficient setup. But not bad for pure Blender render, I think.

I went out yesterday and stared directly into the sun for 20 or 30 minutes and not even that helped.

Are you blind yet?;)

Slepnyrl - material IPO’s, thats great… i compltely forgot that even static particles are 4 dimensional. thanks

Samir - Thats a great looking corona, would you be willing to share your blend file with me, i’d love to get my hands on that material.

So here’s my latest update to the image. This one has no post done to the corona. Its getting a little closer to what i want but its still not quite right. I need to work on my plumes a bit… im having trouble with the curve guided particles. Does anyone know how to make the clump of strands come to a pointed end instead of a squared off end, i have this problem when trying to shape hair too. i’m using multiple, additive curve guides with small falloffs and slightly intersecting max distances. 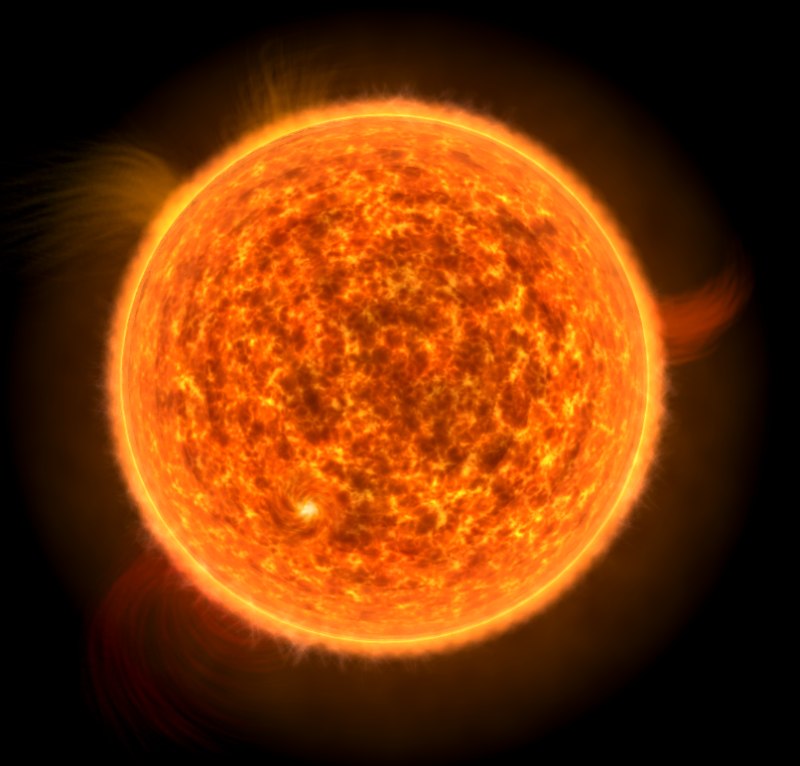