Hi all,
this is what i´m working on and i really could use some feedback, i know i need to work on the blood(any tips for doing that?)
thanks all!! 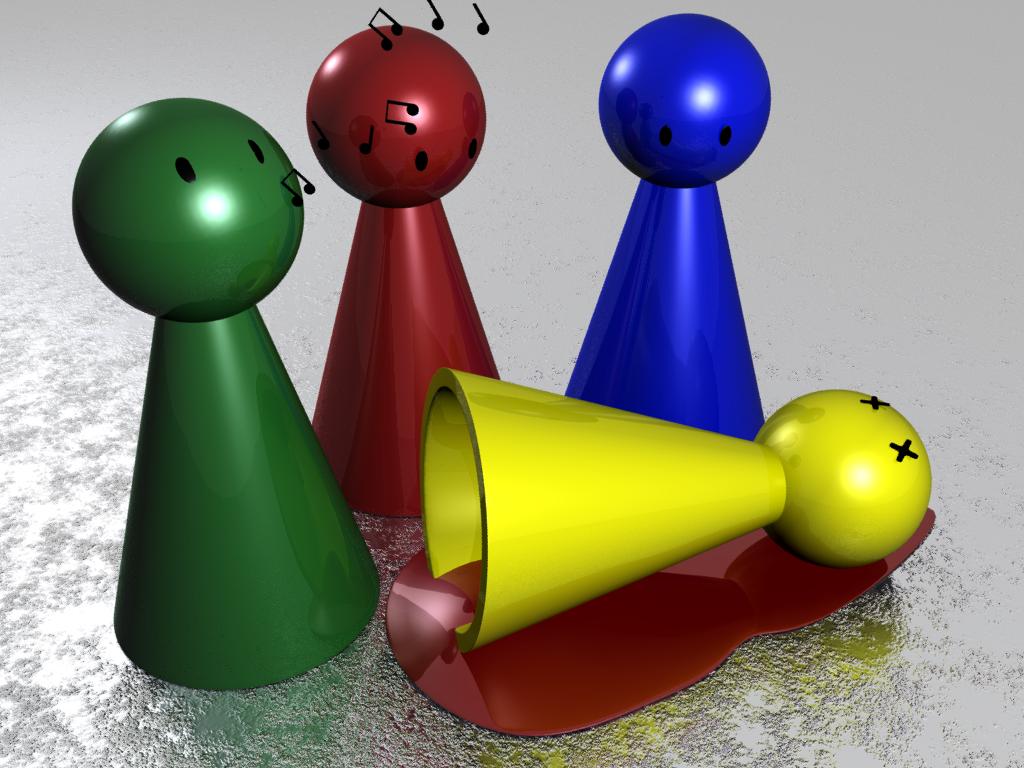 At the moment it looks as if the blood is a sheet of metal liing on the floor. Make the bloodmesh intersect with the floor plane in a way that makes it thinner towards the intersecting edge. This way it will look like a liquid that has spread out. You might also want to try some SSS on the blood to simulate the transmission of light through the liquid.

yes i agree with musk. i think i would use a subdivion modifier to get te round corners and maybe a bumb map, which slightly deform the reflections (for example stucci)?! Or you move some vertices just a little bit, so that it become more “life”.
But a good start! keep on!

Thanks i’ll try to Fix the blood

Ooh, more image comp stuff. All righty. First thing to fix is the musical notes. They are on top of the red guy. Clear them from the red guy’s silhouette so that the viewer can instantly see them. Also make them move in a smooth arc from where the green guy’s mouth would be so the fact that he’s whistling becomes obvious as well.

Second is the image composition. The central point is the dead guy, or conversely the green guy. My personal preference is shown in the image below. Basically I put a vanishing point where the dead guy’s head is so everybody is looking down on him (basically their arcs point to him). And then off to the left is the green guy, whistling and staring into the sky. Nothing fishy here! :evilgrin:

Umm… play around with your camera angle and see what you can get!

haha got it, thanks for the tip!

This actually reminded me of a project I did a while back… Well, I searched around and found my render… I’ll attach it, but I don’t know if it’ll help.

The blood was just a SubSurfed and extruded cube, flattened out, and then I messed with the materials. I’ll find the .blend file if you want the exact material specs. 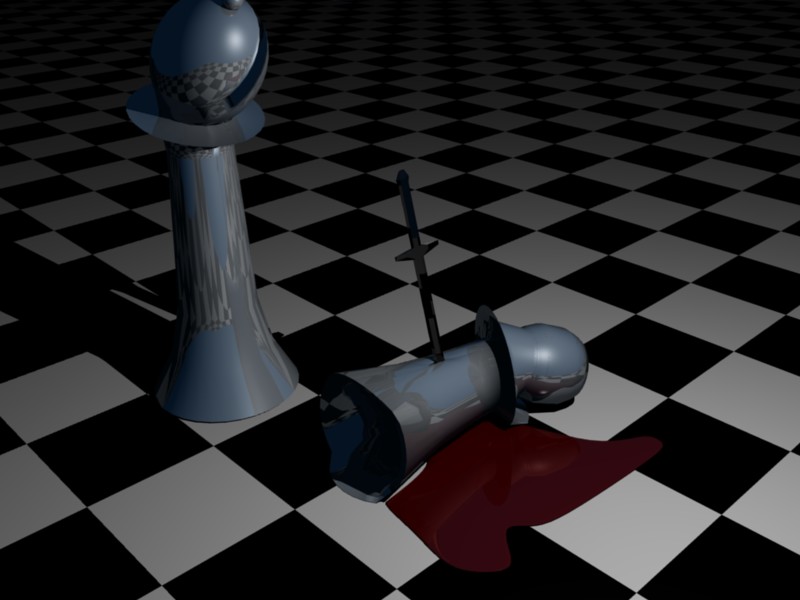 zog34 - great advice on the composition. Your layout is MUCH improved over the original. I also liked your cartoon pawns.

@OP - Try to do anything to give it realness and depth. Use textures and stuff on the blood. I second the SSS.