Renamed to: Softimage from Softblend 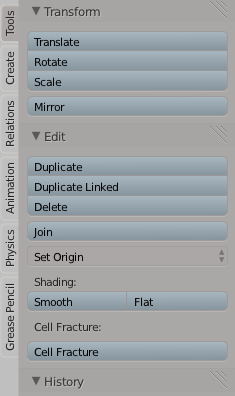 wow, lots of new shader nodes to colorize. Still lots of stuff to explore in 2.70 and theme fix.

Great job, Martin! Thanks for all the work you’ve put into this.

Looks good, I would drop the grey down some. It seems a bit bright.

File is corrupt and only 535 bytes.

does anyone know if you get theme_manager script in trunk nowdays?

Blender win 32 trunk 2.59 r39307 – theme manager works once per session. If you try to reset to default theme or load a second theme Blender freezes. If you restart Blender then you can reset or load additional themes. I was able to get Softblend theme from Bartius Crouch’s theme web page.

I like your un-named theme and the moss theme is really nice. Though it’s very hard to see when a box is checked in unnamed.

I found myself unnamed to dark to work in office environment (windows , natural light etc) … so I’ve discontinued working on it. I could maybe fix the box thing but i’m putting all my effort into softblend. to get it as good as it can get.

it’s been updated, hopefully now there’ll be no errors in zip file.

Looks good to me, no errors. Softblend is nice and I think I’ll use it. Theme manager still crashes Blender if you try to load a new theme. So to look at several themes you have to quit and restart Blender for each theme switch.

the theme manager needs to be updated… the crashes shouldn’t be occurring, how they let it into the trunk like that i dont know. (why would they allow an unstable app. into the system?, when it makes the whole program crash it makes blender look bad)

The theme manager is not part of trunk. I added the script after install.

BTW aermartin – there was no need for me to make the additional adjustments you advise in the “user_preferences_number_guide” file that’s in the zip with softblend. Except for the mainpulator and mini axis sizes the other values were changed as part of the theme settings.

Theme manager still crashes Blender if you try to load a new theme. So to look at several themes you have to quit and restart Blender for each theme switch.

Apologies for the crashes. I’m aware of the bugs, but I’ve been away for some weeks and didn’t have time to fix it. I hope to have a new version ready within 2 weeks.

I’m just wondering, can you try and get theme manger into trunk so when i svn update I get always the latest version? I know there are other scripts for theme managing but yours seems to be defacto standard. + you export stuf like 3dview opengl lights etc, those kind of eye candy stuf.

because the last thread had a weird title (couldn’t change it) this thread is now the Softblend feedback thread. Let me know if some text or something is hard to read (I’ve fixed the logic editor text)

some updates, some major ones. let me know if anything is off. some stuf I know
.the dark border around values/sliders it doesnt look good when keyframed. but it looks good otherwise. will tinker more later with this until im satisfied.

I love this theme. Working fine with 2.59 here.

some updates, a new version is on the way! I’ve spend much time revamping the 3d viewport. darker colors are coming and softer opengl lightning. a preview.

the 3dviewport has now a color of #404040 which matches default horizon color. which in it’s turn is what you see when going ‘Display’ ‘only render’ in 3dviewport.

so there’s no miss match when hardsurface modeling, opengl render playblasts, and sculpting… unless you change horizoncolor but why would you.

general viewport feeling with a scene

the darker colors are easier on eyes and helps you focus on the 3d scene, also helps separate GUI elements from 3d scene. One thing I think Softimage kinda blends a bit to much between properties settings into 3dview background and meshes.

some mesh editing, not 100% pleased with this. will tweak more.

hey i like your theme, cant you make a dark version of the softblend

kakachiex, I’ll try and do it pretty soonish, I think i’m one version away to be 100% satisfied with softblend then I can make a darker version.

or is to dark?