Here is my new project but I´m bit stuck. Is there something to improve ? 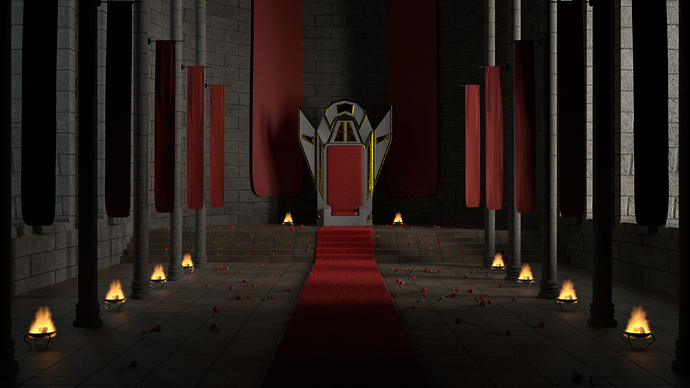 A few things I would recommend.

Nice job on the render.

Ok, thanks i will send you final product. Have a nice day

still like it , how bout a couple of Greek statues in the ways to add volume

Really, everything in a dramatic scene like this depends on the lighting.

The “campfire torches” are practical lights which don’t add any light to the scene, and what light is coming through the window (curiously, it must be nighttime on the other side of the hall …) is not dramatic. You need to fill-in the shadows around the throne and use additional lighting as though you were lighting this set in the theater.

It’s tempting to make the lighting “real” and “accurate,” and yes, Blender can of course do that. But, that’s not dramatic or particularly functional. You need to set up additional, off-camera lighting to accomplish several things:

This will help for sure. Thanks. 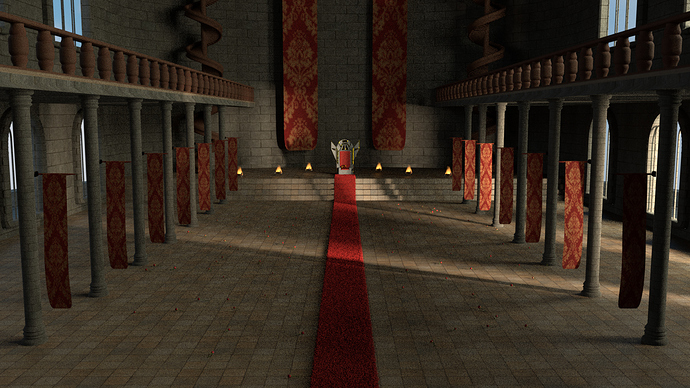