I made a game!!
It’s my first legitimate game ever really.
It took about 7 months, which included learning python, being lazy, putting it off for weeks at a time, and finally finishing it.

I had some help (which helped a lot!) from other community members, but it was 90% solo.
I most of the code, all the models, and I even made all the textures myself from pictures I took.
I might put some of them on blendswap - at least the bats.
I had friends do the music, and I designed the dynamic sound system - which sounds great in 7.1. 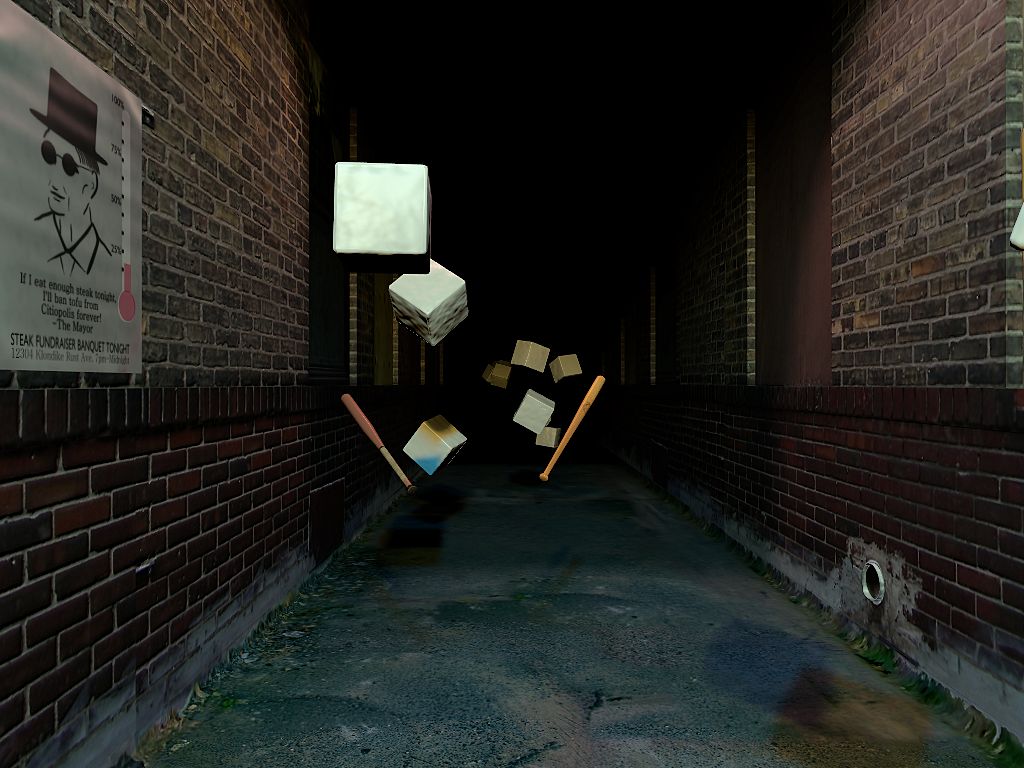 Tofu is flying out of a dark alley into the streets of citiopolis, and there is only one way to stop it! You! You, great master of the flying bats, have been chosen to save the city from Dr. Vegetarious' flying tofu. You must keep the city safe...

It’s pretty cool (imo) and it was a really fun process. At least now I can say it’s fun because I’m done with it now. =)
It was a ton of work, and I learned a lot since I hadn’t programmed seriously until I started this project.

I’ve worked a lot in blender before, so I was already familiar with much of the workflow. I did enjoy a lot about working in blender game engine. It was fast, easy to change, and never ruined any of my ideas.

So that’s that. Proof can make nice looking professional games with Blender game engine - complete with start menu icons and everything.

The entire process was on free or opensource software, except for image editing in paint shop pro, because I don’t like gimp. =)

I’m sold on motion control, but I’m really interested to hear what everybody else thinks about it.
[SUB]
(Of course, I’m making another game. This time with a team. It’ll be as hard core as this is casual.)[/SUB]

Nice project you got there. I like the style of the whole thing, even the sound.

There is just one thing that I think you should change/improve and that is the way those boxes come at the player. From the looks of it I would say you constantly apply force at them and that makes them move. And it looks good if you hit the box perfectly, but if you don’t the box keeps moving towards you like you are magnetic or something. Have you maybe tried applying and impulse of force when the box spawns instead of constant force ? That way it would look like someone is trowing them. I understand that doing this will make the game harder and could also make it impossible to play, so another idea is to stop the force once the box touches the bat.

Great game, I wish you luck with your other game.