@Mod: don’t really know where else to post this, as I have been posting news about my games here all the time. Please don’t kick me hard

While this particular post is not directly related to Blender (the images are painted in GIMP 2.8, however Blender is used, as always, in the content creation pipeline at Kot in Action Creative Artel).

The game got a brand new GUI: 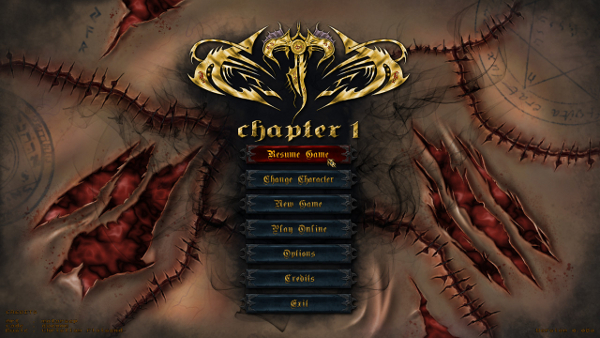 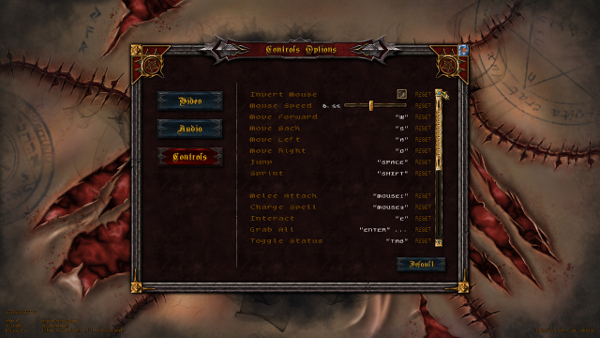 @Mod: don’t really know where else to post this, as I have been posting news about my games here all the time. Please don’t kick me hard

Maybe you could get yourself one of those twitter things?

Yeah, I have one of those… But Blender users don’t seem to use Twitter

Maybe you could get yourself one of those twitter things?

@motorsep: Not much to showcase if you just show menus…albeit nice looking ones, but I see no game here…am I missing something?

No, you are not missing anything. I actually thought I posted about the game before… I don’t remember.

http://www.desura.com/games/tomes-of-mephistopheles is where all videos are, but the textures are old. More updates will be coming soon.

ok,I see what you mean it has a general sense of realism…in the lighting or something…cannot put my finger on it…the only thing that does kinda stick out IS the textures, which you already know about…but it looks promising…what is the engine like??? is everything hard coded, or does it allow scripted elements, or is that all up to the user to write his own cases, structs etc…

The engine is DarkPlaces ( its features list is at http://modding.kot-in-action.com/ ). As a matter of fact, as our previous game, ToM is all scripted in QuakeC (C-like interpreted scripting language, but way easier than C). The engine has a of built-ins so user doesn’t have to worry about things like vector math or whatnot. 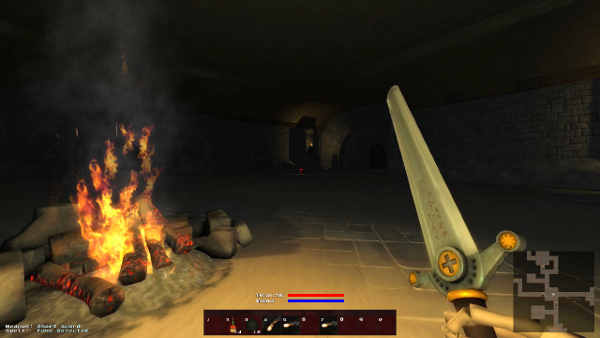 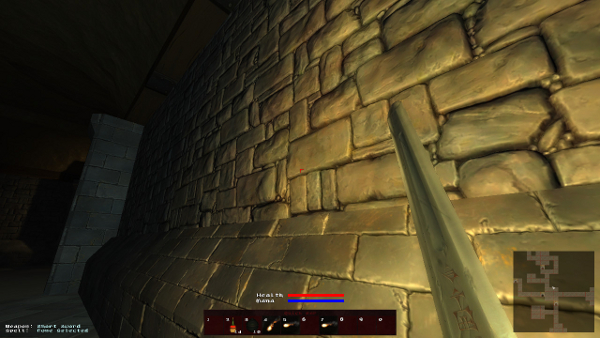 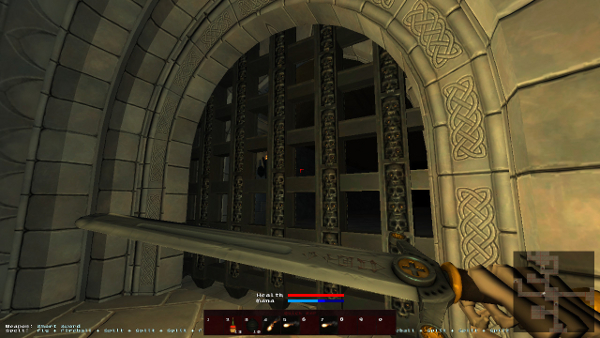 Looks great so far! Some gameplay video would be nice!

nice, I am very familiar with standard “C” as it is my primary language…and I think you were saying there are a bunch of pre-writen engine functions where one needs to only state something like
drop_in(actor_pointer,actor_x,actor_y);//this is just a silly example but I think you get my point or question as it is…better yet is there free documentation I can get my hands on and what is the license type…?..

back on subject
I really like the direction you took with the UI being at the bottom, it is far more immersive that way I have found myself…keeping it all on the bottom and centered if at all possible…one tip if I may…set the minimap dead center in the FOV and set it to a toggle…this pushes the player to further immerse themselves in their world and explore and learn it…it is a shame most games take the short route from point A to point B, when half of the fun is getting into the world and feeling like you are a part of it.

I am not a programmer, so I can only say that for example, there is a builtin void(vector ang) makevectors. When you invoke it as makevectors(self.v_angle); it will get you v_forward, v_up and v_right vectors which you can use for example to fire projectiles from you first-person view weapons.

DarkPlaces is based on GLQuake GPLv2, the renderer itself has been rewritten and now consists of OpenGL, D3D9 and software rasterizer. ODE physics support is added (but kinda awkward). The QuakeC script is compiled into VM and it is cross-platform. Win32/64, Linux 32/64, Mac OS X 32/64, iOS are supported platforms (iOS renderer needs overhaul and doesn’t work out-of-the-box).

One thing about DarkPlaces is lack of documentation

inside3d.com forums, Quake’s source code (QuakeC), DP Wiki, and bunch of mods are available to figure it out on your own. It’s not bad as you actually have source code for a full game with multiplayer - Quake

Also there are IRC channels on irc.anynet.org #darkplaces and #qc with active DarkPlaces modders. SVN for DP engine is at svn://svn.icculus.org/twilight/trunk/darkplaces, check out and build it with “make sdl-release” for client and “make sv-release” for dedicated server.

Back to Tomes of Mephistopheles

I tried convincing programmer to get a rid of the minimap and have it like in Diablo, toggleable full screen. But he refused and there we have it

If you have the game, you can press M and small minimap will unfold into bigger map that is centered and semi-transparent.